Assange Promises Next Hillary Leak Will Ensure Her Arrest

It is fair to say Wikileaks founder Julian Assange, is less of a fan of Crooked Hillary and Slick Willie Clinton than this blog. Assange currently banged up in the Ecudorian embassy in London to avoid extradition to Sweden where he faces trumped up sexual assault charges because of allegations of historical incidents which were reported shortly after the Ed Snowden leaks, promised as it became clear that Barack Obama and his tame Justice Secretary would do anything to block the FBI's investigation into Hillary's e-mail server scandal, promised that throughout the summer Wikileaks would publish enough damaging material to finish the Crooked Clintons for good.

The whistleblowers site has made a good start with the leaked documents that prove the Democratic Party National Committee rigged the primaries to ensure Bernie Sanders, probably the real winner in terms of votes cast (rather than those actually counted), was denied the nomination. Sanders' supporters have filed several lawsuits but those will be tied up in the legal labyrinth until long after the presidential election is decided in November. That first batch of leaks has certainly damaged Clinton.

Now Assange has said the next batch of leaks will destroy the Democrats anointed one.


Wikileaks founder Julian Assange has said that Wikileaks have obtained information that, when released soon, will guarantee a Hillary Clinton indictment.

During a recent interview with ITV, Assange said his next release will “provide enough evidence” to see Hillary arrested.

WikiLeaks has already published 30,322 emails from Clinton’s private email server, spanning from June 30, 2010 to August 12, 2014. While Assange didn’t specify what exactly was in the emails, he did tell ITV that WikiLeaks had “accumulated a lot of material about Hillary Clinton, which could proceed to an indictment.”

At that point the interview was cut short, it appeared that Peston has been told by his producers to end the session.

We wait with bated breath to see what Wikileaks have lined up. There are plenty of instances of corruption and dishonesty to go at. What could be worse than betraying your country, lying to congress, electoral fraud, embezzeling funds from a charity and an undeniable link to the deaths of several witnesses who were due to testify against her in the various ongoing investigations into her activities (the most recent being Seth Rich, a young party official involved in management of the primaries who was due to give evidence in an investigation into why thousands of Bernie Sanders supporters' names were removed from voting registers.

Throughout the primaries Bernie Sanders was too much of a gentleman to attack Hillary on the numerous scandals that follow her around like a bad smell. Now his eagerness to support Clinton puts at risk his reputation as one of the few politicians of principle and integrity in the current political establishment. 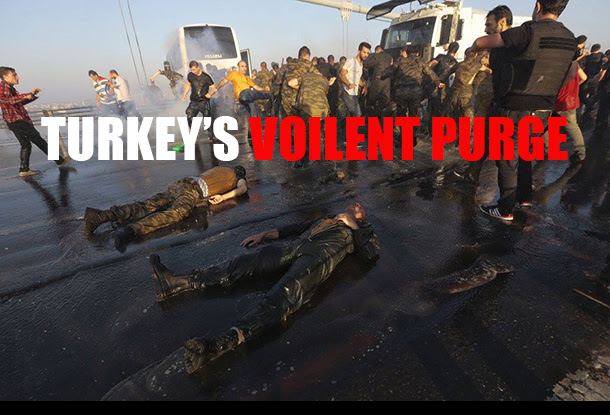