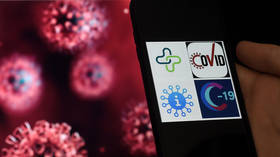 THEM (poetry noir)
A poem about surveillance
Posted by Boggart Blogger at 2:29 PM No comments: