Has The Green Blob's War On Fossil Fuels Been Lost On The Battlefiels Of Ukraine? 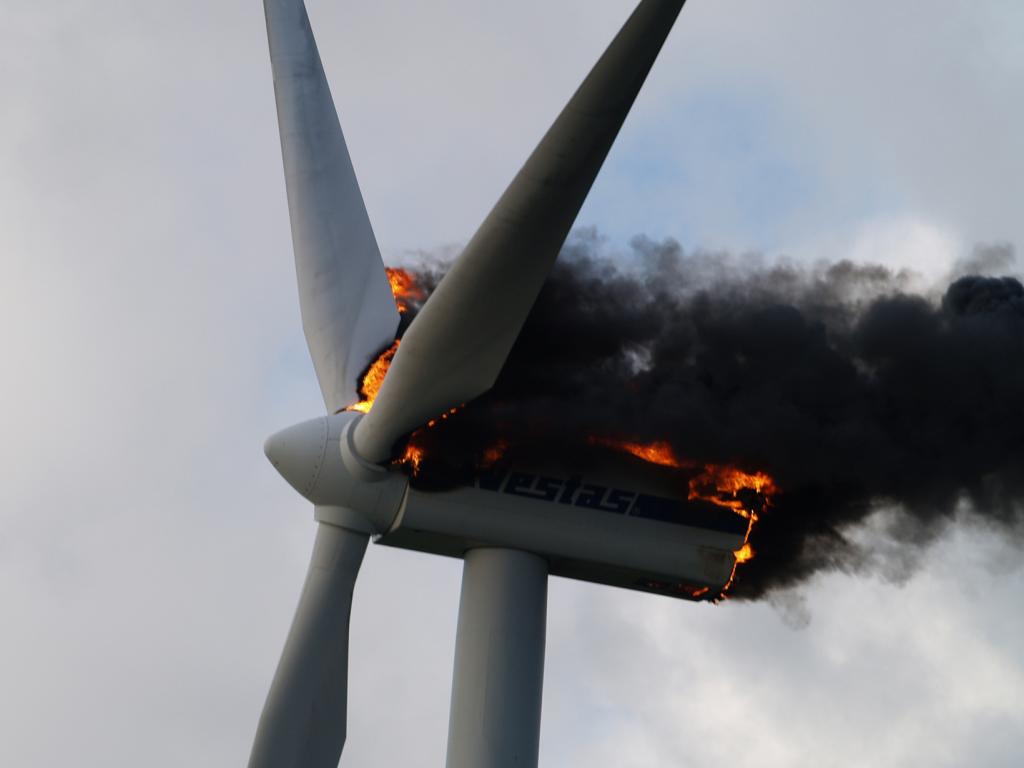 What happens when the wind blows too hard (offshorewindbiz.com)

With some energy sector opinion makers already pronouncing the 'net zero' agenda is already dead as oil and gas supplies from Russia dry up due to NATO / EU sanctions and Moscow's retaliatory export bans which have only been in force a week at the most, governments in the liberal democracies of Europe and North America are already talking about starting up redundant coal and nuclear power stations, the UK, Netherlands and other nations with offshore gas operations in the North Sea are suddenly finding that it may now be economically viable to start pumping again and (whisper it ever so quietly,) coal is coming back into the reckoning as an energy source

War in Ukraine is immediately responsible for sending oil prices rocketing and triggering a rush to find new energy sources (even if these are actually old energy sources that had been cancelled by politically correct thinking and the climate change scare. Tesla founder Elon Musk, whose business model is built on persuading the world that batteries are the best way to drive everything including aircraft and the power baseload of large cities, has said that the United States needs to increase oil and gas production. “Extraordinary times demand extraordinary measures,” Musk tweeted. recently.

With fuel prices to levels that will disrupt national economies and drive millions of middle and low income families into fuel poverty, the Ukraine war has at last highlighted the folly of western leaders' obession with reducing carbon dioxide emissions in their own national economies by making their nations dependent on Russia and other tyrannies such as Saudi Arabia, Venezuela an the United Arab Emirates for energy. Green lobbying, and the eagerrness with which politicians have caved in to it has helped deepen the free world’s dependence on Russian fossil fuels while sapping the U.S.and European (North Sea) oil and natural gas industry of its momentum, even as the failings of so called sustainable energy sources and green technologies become more obvious.

“I understand how Russian propaganda about climate change successfully suppressed domestic energy production in the United States until now,” political commentator and cartoonist Scott Adams wrote recently. “What I don’t understand is why it is still working. Must be massive corruption or massive cognitive dissonance.”

The answer may lie in the fact that some politicians have staked so much of their political identity on climbing aboard the environmentalist bandwagon and embracing the green agenda without giving a second's consideration to the consequences of abandoning reliable energy sources like coal, oil and nuclear (which is also CO2 free,) that to backtrack now would be to admit that they’ve been fooled by the sensationalist scaremongering whose ideology seems to be more about destroying western democracy than saving the planet as they don't seem to have a problem with China's use of coal for generating energy.

Politicians, even nominally conservative ones have, it seems, have found it easier to preach the moral rectitude of proclaiming their committment to strategies at odds with reality even though it is now more clear than ever that the already unaffordable price, both economically and socially, of pursuing this course grows more destructive every day.

Join me on Telegram for more updates RELATED:


On February 20th of 2014 the world was shocked by video footage of snipers firing on protesters in Kiev Ukraine. Twenty one people were murdered, and it was widely assumed that President Victor Yanukovich and his supporters were behind the attacks. However a phone conversation between EU foreign policy chief Cathy Ashton and Estonia’s foreign minister Urmas Paet leaked to the public on March 5th reveals that the snipers in were actually from the new coalition government, and that Western diplomats knew this and covered it up.


May 'under incredible pressure’ from colleagues to blame Russia in ex-spy poisoning
In a scathing tirade, British Prime Minister Theresa May came as close as possible to blaming Russia for the murder of former double agent Sergei Skripal and the poisoning of the spy's daughter Yulia as possible without actually declaring war. The astounding attack is believed to have been a result of intense pressure put on her by members of her government and the political opposition eager to find a scapegoat and mainstream media hungry for sensation.

Netherlands Prime Minister Mark Rutte, who can do without any geopolitical dramas because he leads a fragile coalition government, this week faced a vote of no confidence in the national parliament after his foreign minister finally came clean over a dangerous lie he has been telling for two years concerning Russian President Vladimir Putin.