America Takes A Step Closer To Becoming A Cashless Society 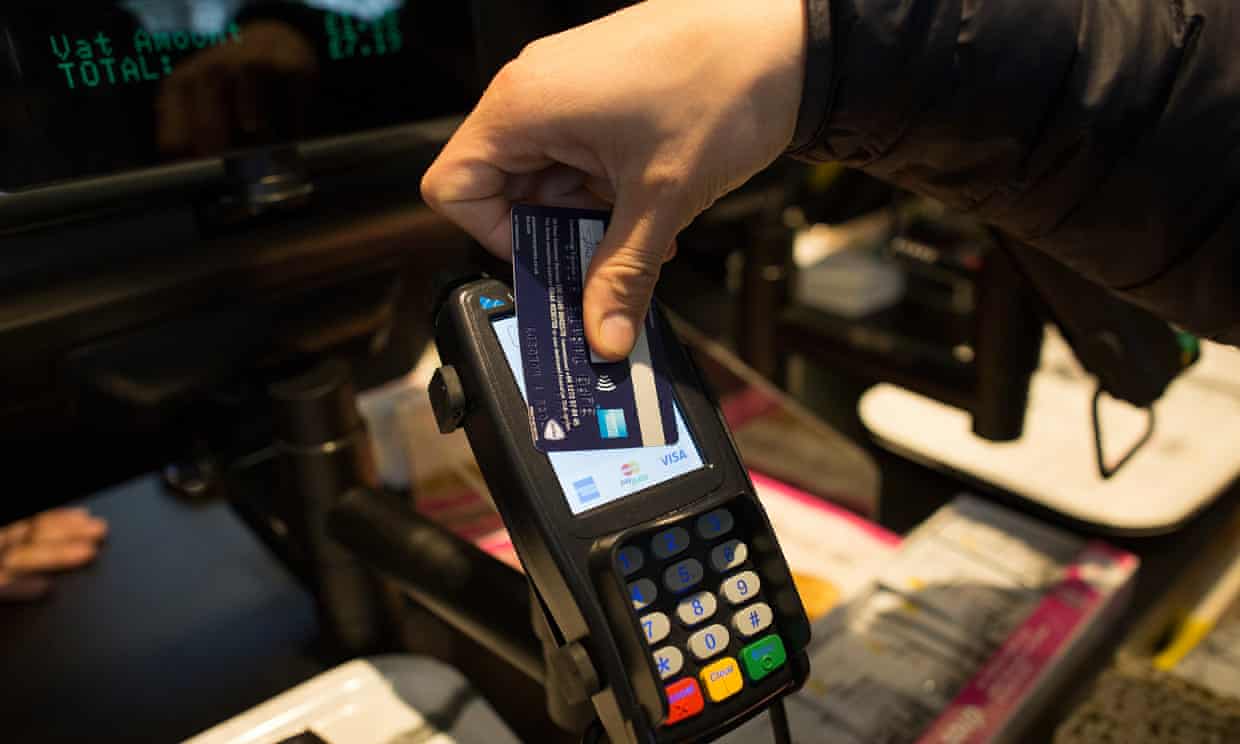 If you order a beer at a Flatstick pub in Seattle, washington, don’t try to pay with $10 bill — you’ll walk away thirsty. It's not that the US state of Washington has started charging Scandinavian prices for booze, but that Flatstick, a hot new mini-chain in the Pacific Northwest, does not accept cash. Neither does Bluestone Lane, an east coast coffee chain with locations in New York, Philly and D.C. Patrons there have to pay with plastic or an app called LevelUp.

Cashless commerce is popping up around the country, particularly in restaurants catering to a younger crowd, the kind of university brainwashed millenials who think its cool to make life easy for rip off merchants by relying on contactless cards or smart phone apps to pay. It seems millenials are more likely to leave home without any greenbacks, or even a wallet, and instead choose to live life with a smartphone and a few credit or debit cards attached. Or perhaps due to the abject failure of the education system these dorks haven't mastered the basic arithmetic needed to use cash transactions.

Businesses who’ve gone cashless rave about the results. Flatstick owner Sam Largent told me plastic-only reduces error rates during times of complex accounting, such as calculating tips when shifts change. I'm not sure why customers should care about that but then in Europe your waiter is not likely to shoot you for tipping too little.

The value of cash transactions sank 7% from 2010 to 2015, according to The Nilson Report, while credit and debit card payments increased by nearly 50%. Meanwhile, ATMs, which had their 50th birthday last year, are disappearing around around the world, signaling the decline of the “cash run.”

Cash-free environments aren’t brand new. Political establishments have been pushing the idea of cashless lives for decades, the better to keeep tabs on the spending habits of individuals. Airlines went cashless a long time ago (for meals and other onboard purchases), and many other businesses are only taking automated payments (it gives them an excuse to fire another human being.) And with the meteoric rise of friend-to-friend payment apps like Venmo, Zelle and Splitwise, we’re no longer throwing $20 bills on the table after a meal (or handing over cash or checks to roommates for the gas bill).

But cash is a long away from dead, and as usual we find governments and mainstream media are deploying fake news to advance their agenda. The US Federal Reserve said in 2016 that 35% of U.S. transactions were still made in cash although 42% of UK transactions are still in cash. Numbers for other European countries, with the Scandinavian countries leading the race to dystopia while the nations of southern and eastern Europe cling to their banknotes.. And the amount of cash being used around the world continues to rise. Plus, there are still many of obstacles to going cashless.

For starters, the estimates suggest that around 7% of the populations of developed nations still do not use banking facilities. In other words, they live an all-cash life, so would be entirely shut out in a cashless society. Some also like the anonymity that comes with paying cash. Others use cash for budgeting reasons (when you’re out of cash, you stop spending - simples).

Still, on a global scale, eliminating cash offers some intriguing possibilities. Merely the elimination of large denomination banknotes, which the EU has done, makes life much harder for large-enterprise criminals, like drug dealers according to technocrats. OK, it’s far more conspicuous to carry around large piles of small bills, but wire transfers between banks in Switzerland and The Cayman Islands present no problems. And if you connect through a VPN the transaction is untraceable. People who claim that if all financial transactions were electronic, hiding crime would become much more difficult are takling bollocks. They either have little understanding of how the internet works (or how much of it is invisible to the World Wide Web,) or they are on the side of the big league criminals and corporate pirates.

The Elite’s Scheme to Eliminate Cash And Impose Negative Interest Rates
Politicians love inflation, it provides an easy way out of the financial mess they create, Bankers too love inflation because while they lend fiat money, the loans they issue are secured against real assets such as people’s homes and valuables. However both need “the punters they fleece to have faith in the value of the currency they hold or the numbers stored in computers that increasingly represent our wealth ...

Bitcoin and other electronic platforms have paved the way psychologically for a shift away from cash, although they have done so by emphasising decentralisation and anonymity rather than the much greater central control which would be inherent in a mainstream electronic currency. Despite the loss of privacy, electronic currency is much favoured by techno-optimists, but not so much by those concerned about the risks of absolute structural dependency on technological complexity.

On 17th July 2017, India will elect a new President through a vote of the elected representatives. The contenders are Ram Nath Kovind and Meira Kumar. Few people outside his own family know who Kovind is and voters are only vaguely aware of Ms. Kumar. India will get a complete nobody as its next President. …

A cashless society would hurt the poor

We have reported on the push, led by globalist politicians and supranational bureaucracies such as the United Nations and the European Union to abolish cash throughout the world and move all business activity to digital media. The issues for personal privacy and liberty are well documented, but the real losers will be the poor.

On Monday (1 February, 2016) just two days ago, Bloomberg called on the central banks of the world to “bring on a cashless future” in an Op-Ed that calls notes and coins "dirty, dangerous, unwieldy, and expensive."
We can imagine it would be quite easy to harm someone by firing large coins at them from a gun and terrorists could probably stuff an improvised explosive device with small coins rather than nails or nuts and bolts. And if ...


The Financial Times Calls for Ending Cash, Calls it a “Barbarous Relic”

Earlier this week, as the financial world was in turmoil following a rapid crash and recovery in financial markets. While we the punters shook our heads and wondered how the banksters get away with this kind of shit, The Financial Times published a dastardly little piece of fascist New World Order propaganda.

The global establishment is increasingly pushing the notion of what it calls a “cashless society” — a world in which all payments and transactions would be conducted electronically, creating a permanent record for governments to inspect and track at will.Multiple governments from Africa and Asia to Europe and ...

On Monday (1 February, 2016) just two days ago, Bloomberg called on the central banks of the world to â€œbring on a cashless futureâ€ in an Op-Ed that calls notes and coins "dirty, dangerous, unwieldy, and expensive."
We can imagine it would be quite easy to harm someone by firing large coins at them from a gun and terrorists could probably stuff an improvised explosive device with small coins rather than nails or nuts and bolts. And if ...

War On Cash - A Country By Country Guide

More on the global war on cash being waged by ruling elites in parallel with their war on privacy as they try to exert total control over everything.

War On Cash: Pin Numbers will be obsolete within five years, we will pay with mobile or fingerprints instead.The War On Cash gathers more momentum as political, business and academic elite attempt to advance and agenda that will destroy individual freedom and privacy and give them total control of our lives and finances via technology.

This omnibus page is about documenting the global elite’s “War On Cash” (yes that is a bit over dramatic and click – baity, but we have to compete for attention,) which is not about making life better for the masses as we are told it is, but about enabling government agencies to increase their ability …

Being Evil? Just Another Day At The Office For Google Boss

Amazon's Human Robots: More and more people are finding themselves dehumanised in the modern workplace