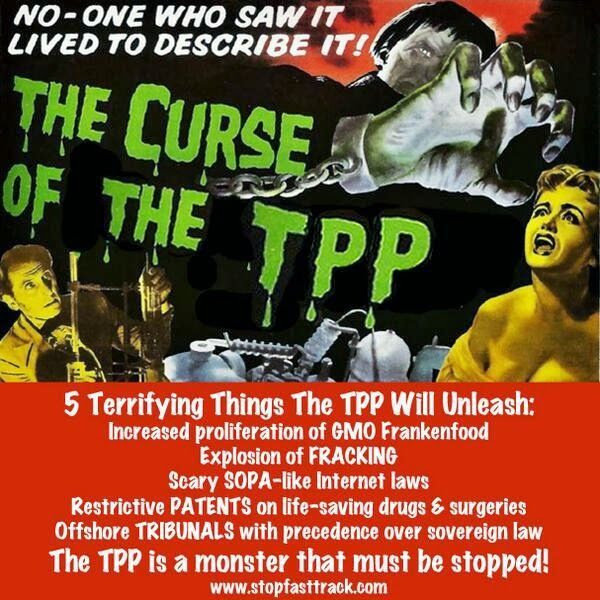 US Senator Jeff Sessions (Republican-Alabama)is ringing alarm bells in the US congress, warning colleagues and the public about the dangers to democracy, individual liberty, jobs and the health of the nationsl economy possed by the Obama Administration's flaggship policies, the free trade deals, Trade Promotion Authority (TPA), Trans-Pacific Partnership (TPP), TTIP (Trans Atlantic Trade and Investment Partnership and TISA trade deals are fraught with problems and concerns.

He's not wrong and not being alarmist, TTIP has been a regular theme of Daily Stirrer campaigning articles for over two years (We're a UK site so TPP is outside our scope, but we have covered it) . Opposition to these corporate friendly treaties, which will free global businesses from the tiresome oblication of gaving to obey national laws if the corporate lawyers feel such laws are likely to adversely affect profits, has united left and right across Europe.

In a memorandum Sen. Sessions told his colleagues, “Congress has the responsibility to ensure that any international trade agreement entered into by the United States must serve the national interest, not merely the interests of those crafting the proposal in secret,”

Sessions’ team then lays out their major concerns with the Obama trade deal, which centre on the rent boy President's determination to 'fast track' his legislation through congress without full debate. Sessions document highlights these points which he says, preclude the passing of this bill without proper scrutiny: “It must improve the quality of life, the earnings, and the per-capita wealth of everyday working Americans. The sustained long-term loss of middle class jobs and incomes should compel all lawmakers to apply added scrutiny to a ‘fast-track’ procedure wherein Congress would yield its legislative powers and allow the White House to implement one of largest global financial agreements in our history—comprising at least 12 nations and nearly 40 percent of the world’s GDP.

“The request for fast-track also comes at a time when the Administration has established a recurring pattern of sidestepping the law, the Congress, and the Constitution in order to repeal sovereign protections for U.S. workers in deference to favored financial and political allies.”

The Sessions document then goes point-by-point for five full pages through the TPA trade deal, laying out why it wouldn’t help Americans—rather, it would likely hurt American workers—and why the deal doesn’t in fact provide Congress with more power over trade despite talking points from the Obama trade deal’s proponents like House Ways and Means Committee chairman Rep. Paul Ryan (R-WI)

TTIP - the back story

Rebellion Against Globalism - it starts at the Finnish