Turkey joining BRICS will be blow for US & EU, good news for Russia, China dedollarisation project. 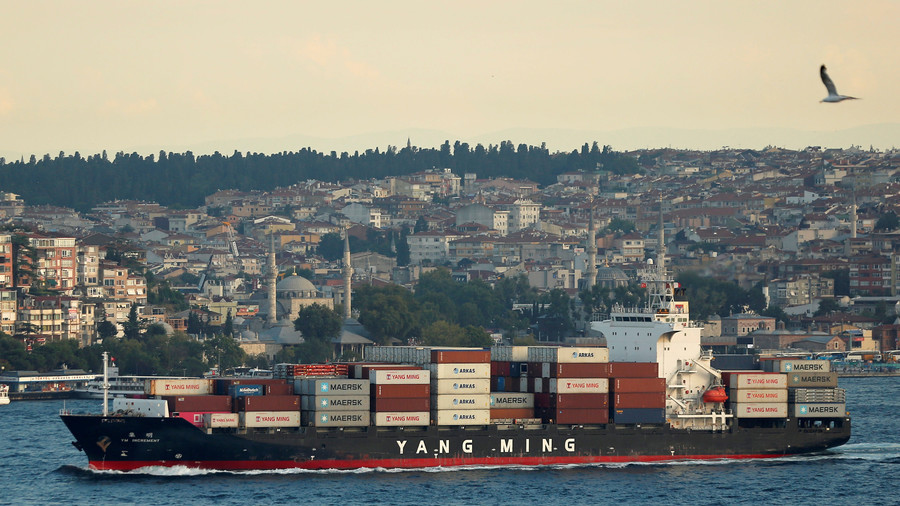 The news that Turkey is seeking to join the BRICS (Brazil, Russia, India, China and South Africa) economic union must concern economists and politocians in the USA. UK and European Union as welol as defence chiefs in the NATO nations. The Daily Stirrer has reported at length on the currency war being waged by Russia, China and Iran on the status of the US$ as global reserve currency and this move, without having been orchestrated by Russia or China will greatly assist their cause.

“The economy of Turkey is one of the fastest growing economies in the world, despite the political events of the recent years and its geographical proximity to hot spots in the Middle East,” analyst Vladimir Rojankovski of the International Financial Center said.

“Turkey is a secular state with a predominantly Muslim population, it stands out favorably against other religious Islamic monarchies and theocratic doctatorships in the region. Turkey's accession to the BRICS bloc with the Russia-China vector is a serious setback for Europe and the United States,” the analyst added.

In terms of GDP, Turkey ranks 17th in the world. In terms of GDP, adjusted for PPP (purchasing power parity of citizens), it is 13th. This means that from the economic point of view Turkey is on par with all BRICS countries and is well ahead of South Africa.

Turkey’s desire to join BRICS was announced by President Recep Tayyip Erdogan on Monday. “We are in the G20 with five of those countries. I wish they would take the necessary steps to let us in and we could take our place in BRICS,” Erdogan told Turkish newspaper Hurriyet at the BRICS Forum in South Africa.

US analysts claim that Erdogan’s highly successful meeting with Putin in St. Petersburg could be the beginning of Turkey leaving NATO to join the BRICS. However the first indication such a shift was likely came out of Turkish President Recep Tayyip Erdogan’s highly successful meeting with Russian President Vladimir Putin in St. Petersburg earlier this year.

Does this mean Erdogan is in the process of disrupting Turkey’s longstanding relations with the West, and the United States in particular, to throw his lot in with the BRICS? We know that Trurkish officials feel betrayed by NATO over the Syrian conflict, and that they were badly treated by the EU which twice held open a door for Turkey to join only to slam it in the Turk's face.

Gossip circulating that the BRICS meeting suggest variety of deals in the energy, tourism, trade, finance, investment and defense spheres are to be negotiated.” If these succeed it could smooth the way for Turkey's admission to the bloc.

The St. Petersburg talks and Erdogan's attendance at th BRICS convention are likely to mark a pivotal moment in Turkey disengaging from the EU, the United States and NATO and reasserting its identity as a non-Western nation. As far as US interests in preserving the dominance of the petrodollar, this is very worst development possible and will trigger a major disruption in US relations in the Middle East and beyond.

University of Louvain philosopher and eminent political analyst Jean Bricmont commented that Turkey is moving out of the United States and NATO camps and Putin is outplaying US policymakers in his dealings with Ankara.


Turkey and India join move against the petrodollar

The move led by Russian and China to dump the US dollar as global reserve currency continues to gain momentum. Most recent nations to sign bilateral agreements to settle cross border transactions in the currency of the vendor are India and Turkey.

Last week, in the global currency war’s latest escalation, Kazakhstan instituted a free float for local currency the Tenge. The currency immediately plunged by some 25%. The thinking behind the move was straighhtforward enough. Collapsing crude oil prices along with the relative weakness of the Russian rouble ...

Refugee Crisis Or Existential Battle With USA for Europe

It has been clear for some years now that the USA, backed by its main NATO and EU military allies the UK and France (the FUKUS axis has been trying to provoke Russian into firing the shot that will be heard around the world and recognised as the startiung signal for World War Three.
Nothing is ever as it seems to be however, and views from middle east and far eastern journals suggest the USA is also working at destabilizing EU nations in order to force their support in its wars.


Economist Martin Armstrong claims there is a "secret meeting to end cash" set to take place in London before the end of the month involving representatives from the ECB and the Federal Reserve. Armstrong, who is known for successfully predicting the 1987 Black Monday crash as well as the 1998 Russian financial collapse, expressed his shock that no news outlet has reported on this upcoming conference.

EU and US talk of war with Russia

The European People’s Party (EPP) is the largest political group in the European Parliament, and they are unerringly supportive of America's efforts to start a war with Russia. “The time of talk and persuasion with Russia is over," MEP and Vice-President of the EPP told a meeting on Tuesday, 21 April, “Now it’s time for a tough policy, and concentration on defence and security ...”

As more and more countries flock to join the Chinese led Asian Infrastructure Investment Bank after Britain, France Australia, India and other traditional US allies defied Washington to associate themselves with China's initiative, conservative economic pundit Larry Summers once a contender for the chairmanship of the Federal Reserve delivered a sharp rebuke ...

While mainstream media (and even some of the more rabidly fascistic left wing bloggers) have been trying to demonize Russia as a way of drumming up public sympathy for Barack Obama's efforts to start a shooting war with Moscow, we Boggart Bloggers and ...

We have been blogging for four years about the US drive for war, provocation of Russia in Syria, Iraq, Ukraine and elsewhere made it obvious. But I'm just a news junkie with a strong sense of curiosity and have wondered why the US seems set on this course. Good to see experts like Stephen Cohen, a prominent expert on, Russia are coming onside.

For many years the dollar has been the currency in which the world's nations settled cross-border transactions and the so called petrodollar became the only currency in which oil could be traded. In recent years however, as other nations, particularly the BRICS group, Brazil, Russia, India, China and South Africa, the leading nations outside the dominant US / European group, have been making moves to end the domination of the US dollar.