Amsterdam, Netherlands: Easter Protest Against the Great Reset: 'The Resistance Must Continue!'

The Netherlands conservative party, Forum for Democracy (FvD), organised a massive Easter protest  against the Great Reset on Easter Monday. As MP Gideon van Meijeren explained, “the corona rules have been paused for a while, but the roll-out of the totalitarian agenda is continuing at high speed. That is why we must not lean back. The resistance MUST continue!” 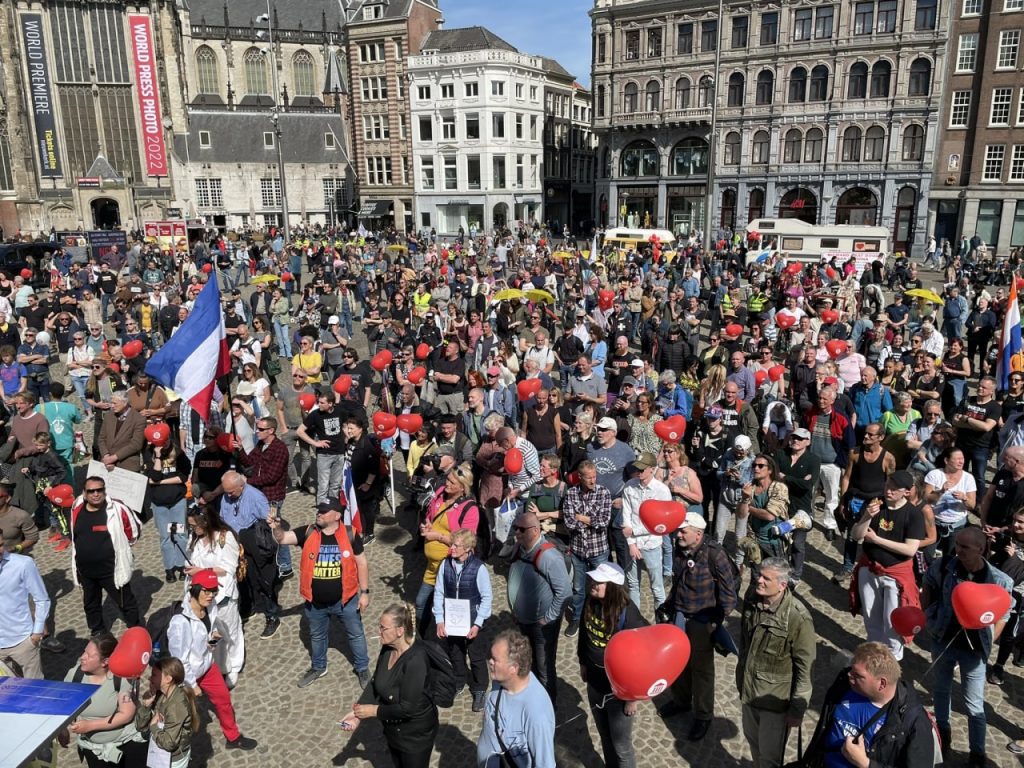 Protestors against The Great Restet in Amsterdam - Picture: RAIR foundation

One of the organisers, van Meijeren tweeted: “There are a couple of influential globalists, who according to their own words, view the Corona crisis as a huge opportunity to “reset” our world.”

Many of the thousands of protestors who took to the srteets of Amsertdam carried Dutch flags, yellow umbrellas, and red heart balloons. Forum MPs Pepijn van Houwelingen and Gideon van Meijeren addressed the crowd. Van Meijeren said that ‘although the corona measures have been suspended for a while, the ‘freedom fighters’ will not rest ‘until the Netherlands is a real democracy.’ He also referred to Easter, saying that, like Jesus, the protesters are standing up to an elite and fighting for the truth.

Van Meijeren has previously unmasked the Prime Minister of the Netherlands, Mark Rutte, as a Globalist. In what was called an epic confrontation, the Forum for Democracy Member of Parliament left Rutte humiliated after exposing his lies about the ‘Great Reset.’

More and more people are seeing that it is a big lie that the current Corona measures are meant to protect public health. This begs the question: why are all these awful measures being implemented that change our entire way of living, destroy our entire society?

The FvD is one of the few conservative parties in Europe that has exposed the globalist agenda hidden in authoritarian policies ostensibly introduced to deal with the pandemic and condemned left-wing and Conservative In Name Only governments (such as Boris Johnson's Cultural Marxist regime in UK,) and supranational organizations, such as the World Economic Forum and the United nations.

Their planned and executed responses to Covid have been to increase their power and control. As Thierry Baudet, the leader of the FvD party, has previously explained, “Corona is the alibi, the pretext, the inducement to realize the new world order that has been prepared and desired for a long time.”

Many thousands of Germans also tok to the streets to protest against the two year old assault on their freedom, and against the influence wielded in global politics by unelected bodies such as the World Economic Forum, originators of The Great Reset agenda. The protestors demanded  that the government stop drawing out the Covid restrictions, which infringe upon their basic rights.