The contributors to this blog are fairly solidly opposed to the EU - not just Britain's continued membership of the supranational bureaucratic dictatorship, but to the continuing existence of this pernicious, authoritarian, undemocratic institution per se. We were all happy therefore to see that classical liberal journalist and writer, the estimable Simon Jenkins expose the scaremongering predictions of financial collapse as 'specious'. To be fair, the leave campaign have been prone to exaggeration in their economic forecasts too, but they were put in a position of having to rebut idiotic claims that Britain would not be able to trade with any nations that are EU members and that all foreign investment in Britain would be withdrawn if we vote for Brexit.

Brexit Logon (Image source: theiet.org)
One of the worst culprits in the economic scaremongering aimed at bullying us into voting 'Remain' came from the Institute of Financial Services (IFS), an organisation that receives a significant chunk of its funding from the EU. It would be wrong to accuse them of corrupt practice or of distorting evidence, these people are economics academics and as such are probably so detached from reality they actually believe the unmitigated bollocks they talk. The case is that statistics is not a science but a branch of the dark arts, thus one can find evidence that supports just about any economic hypothesis a hippy on the mother of all acid trips could dream up. Sun-spots affect the price of oranges? Certainly, we have a graph that proves it. Prostitutes' knickers and hysteresis-driven fluctuations in the financial markets? Just check out this spreadsheet. All IFS have done is take the assumptions from many economic studies based on mathematical models of the post industrial economies and apply them to a hypothetical situation that probably takes account of about 4% of the correlative factors it ought to. Or as the aforementioned Simon Jenkins put it nailed in the Evening  Standard.


The Treasury has, for the duration of the referendum campaign, switched from being a respected economic institution to being a lobbyist for Project Fear. Its notorious apocalypse algorithm looked like a schoolboy spoof, with its subscripts and squiggles “proving” Brexit would cost every household £4,300. (Didn’t the Treasury once prove that EU regulation cost households virtually the same?)
The Treasury thesis appears to be that the shock of Brexit would make Londoners poorer, interest rates higher and deter immigrants and rich foreigners from buying or renting houses in the capital. Prices would therefore fall. That is certainly plausible. Whether this would be a “shock” scenario for most Londoners is surely moot.
We are now entering a world in which economists simply seek predictions to support prejudices. The Treasury assumes that Brexit would lead to a fall in the pound. But surely that would make houses cheaper for foreigners to buy and push at least some prices back up? Why does Osborne not warn of a Brexit “soaring house price shock”?

These imponderables are clearly too great for any sensible person — but not apparently today’s highly politicised Treasury. The wisest remark perhaps comes from Johnny Morris of the estate agent Countrywide, who says simply: “Brexit would be an unprecedented turn of events, with a wide range of possible outcomes.” That is economist-speak for “no one has a clue”.

So, everyone from blokes in the saloon bar to social commentators have worked out that these economic forecasts are drek. If these experts were even slightly honest they would admit we simply don't know what Brexit would bring, but we can cope with it, we coped with world War two FFS.

It is gratifying to know that the scaremongering has backfired, particularly that of HM Treasury, which has face a legal rebuke because of its ignoring the impartiality rule on government departments in political matters, and David Cameron, whose inept attempts to use the government to campaign for the Remain side has put his future as Prime Minister on the line. While Brexit campaigners have been comelled to counter the spurious predictions of economic disaster, fortunately the argument for Brexit which was never about economics has swung back to the issues of sovereignty, legislative authority and the authoritarian, undemocratic nature of the EU. It is cowardly, unpatriotic and immoral to allow British sovereignty to be stolen by a gang of profoundly anti-democratic and unelected EU bureaucrats who believe diversity is something to do with the colour of peoples' skin and are intent on imposing cultural, ideological and religious uniformityon the very diverse peoples of the EU's current member nations. This is about preserving  freedom and resisting fascism, not economics.

Is Brexit A Harbinger Of Doom For The 'Experts'
The Brexit vote, the decision by a democratic majority in Britain to leave the European Union has sent shockwaves around the world. Not only does the EU now face a tsunami of departures, the usurpation of democracy by 'experts' ( technocrats ) has been challenged and exposed as a sham.
French Movement To Reclaim National Identity: The French Have Been Silent Too Long
Germany Hopes To Ease Anti-Russia Sanctions 'to Rescue EU Unity'
The Anger Of The Masses Is Rising
As This Blog Predicted, Austrian Election Result Was An EUronazi Stitch Up
EU Vows To Use Powers To Block All Elected ‘Far Right’ Politicians From Power
Brexit: Another Honest Opinion Of The EU
The Stuff Gayvid Cameroink Will Not Tell You About Remaining In The EU
EU Politicians Slam New Tax Deal That Lets Big Business Avoid Probes
EU Turkey Migrant Deal Set To Fail
Turkey Threatens To Unleash Migrant Wave On Europe
WHO are you? A Bunch Of F***ing Useless W***ers That's Who
As Anti EU Feeling Grows, Austria Seizes The Initiative From Britain
Brexit posts menu
Europe posts menu

Union Flag Becomes a Symbol of Anti-EU Protest in Italy
In a gesture that shows grasroots opinion in European Union nations is not in line with the anti - Britain rhetoric of senior EU bureaucrats, American globalist politicians and pro - federalisation leaders of Germany and France, small businesses along the Italian riviera have started to fly Britain's Union flag in protest at a European Union ruling which would open the area to multinational businesses. 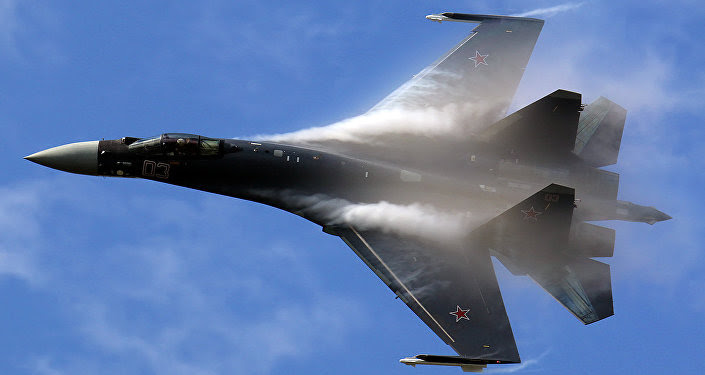 Raqqa is the self-proclaimed capital of the terrorist group Daesh, aka IS/Islamic State. The city also allegedly served as a hub for terrorist oil convoys making their way into Turkey. As er have reported, Turkey';s President Recep Erdogan was a key player in funding and arming ISIS and members of his family were directly involved in managing the trade in illegal oil. The Erdogan clan is alleged to have made many millions of dollars from their support for terrorism.u

On March 14, Russian President Vladimir Putin announced that the Russian Aerospace Forces unit had fulfilled its mission in Syria and that its withdrawal would begin the following day. Moscow does, however, maintain a military presence in Syria, as a deadline for a complete pullout has not yet been announced.

Last month, Russian and Syrian Air Forces carried out coordinated airstrikes against Daesh in the province of Raqqa.

With peace talks in Syria deadlocked and conflict still raging in the country's northern part, Moscow is currently proposing a remarkable diplomatic solution to the country's seething ethnic tensions. Having eliminated over 28,000 terrorists since the start of the Syrian operation last September, according to estimates, Russia is now attempting to sideline the USA's ineffectual Obama administration and take the leading role in negotiations on the future of Syria, the Danish newspaper Politiken suggested.

Although the NATO / EU alliance sees Russia as the main supporter of Syria's Assad regime, Moscow, has recently tabled proposals for a new constitution, which would decentralize Assad's power. One of the proposals is to limit the president's term of office to seven years, Danish newspaper Politiken wrote. According to a think-tank under the Russian Foreign Ministry, the Russian proposal aims at substantially limiting the Syrian president's power to make Assad's resignation unnecessary because his role after a transition period will be nothing but marginal.

In the draft of a new Syrian constitution, which was recently leaked to the media in the Middle East, Russia suggested that Syria should change its official name from the Syrian Arab Republic to the Republic of Syria, in order to appeal to ethnic minorities such as Kurds and Turkmen, Politiken reported, citing Gulf News.

In the light of this, it seems the latest Russian blitzkrieg on Raqqa, apart from preparing the way for a final assault by Syrian and Iranian ground troops, may also be a means of sending a message to ISIS fanatics that resistance is futile.

ISIS oil hub, Raqqa
ISIS Turkey oil trade
ISIS and Turkey war on Syria and Shia
But for Russia, Turkey would invade Syria
Russia and USA using Syria for their war
Syria is a proxy war for the USA
Syria the biggest US foreign policy blunder ever?
All our war likely between Syria and Turkey when Russia withdraws?
US Missile Shield; Loved Up Obama And Cameron Laugh As Putin Warns Poland, Romania Now In The "Cross Hairs"
Russian Foreign Affairs Dept Accuses Turkey Of Hindering Syrian Peace Talks
French Politician Says Putin More Popular Than Hollande
Support For EU / US Sanctions On Russia Declining In Central Europe
The Hidden Genocide In Syria:Obama's Moderate Rebels As Brutal As ISIS
The Last Accredited Western Reporter In Damascus Speaks: "Russia Did More 'Good' In 30 Days Than The US Did In A Year"
Assad Accuses Erdogan Of Putting Combat Troops In Syria
Monday, March 14, 2016
Propaganda War: US Officials Working to Keep Russia, Europe at Odds

In The War On Terror Freedom Is Not Winning - Catalog Page