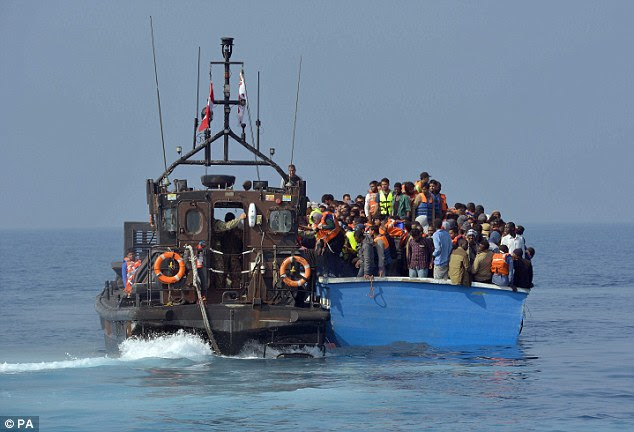 One of the three self-declared governments currently fighting each other for power in Libya, in the wake of 2011's FUKUS axis (France, Uk, USA) regime change war which turned Africa's most prosperous nation into a failed state, has issued a Gaddafi style ultimatum, warning that it will 'flood Europe with hundreds of thousands of new migrants if the European Union (EU) declines to recognise the Islamic State political wing as the legal government.

The threat that the IS faction in Libya will charter boats to ferry increasing numbers of African murderers, rapists, mutilators, head amputators and professional useless bastards across the Mediterranean was made by Libya’s General National Congress (GNC). The GNC part of the Libya Dawn coalition which took control of Tripoli and the coastal areas from whence most migrant boats set off for Europe last year. Libya Dawn and forces controlled the internationally - recognised House of Representatives government have fought an inconclusive civil war for control of the western cities since the fall of the Gadaffi regime.

The GNC’s foreign affairs spokesman said it currently spends tens of millions of pounds a year on detention centres and repatriation programs which prevent Mediterranean crossings. Speaking to The Daily Telegraph, Jamal Zubia said a continued refusal to recognise the authority of the GNC could see the policy reversed:

“To be honest, I have advised my government many times already that we should hire boats and send these illegal immigrants to Europe. We are protecting the gates of Europe, yet Europe does not recognise us and does not want to recognise us. So why should we stop the migrants here?”

Vincenzo Camporini, Italy’s former defence chief, criticised the EU’s refusal to recognise the GNC. He told the EUobserver website: “The EU should be more flexible, more realistic, in its discussions with local authorities.”

Libya has always been a centre for sub-Saharan African migrants trying to enter Europe illegally, the chaos left following the fall of Gaddafi has caused the numbers leaving the north African nation in unseaworthy boats to surge out of control.

Last year an estimated 170,000 migrants arrived in Italy on boats from Libya and yesterday the United Nations refugee agency said that 218,394 crossed the Mediterranean to Europe in the month of October alone – a monthly record.

Libya does not, in fact, ignore people smuggling on migrant boats. Large numbers of people who enter the country illegally are detained and the International Organisation for Migration assists local authorities running voluntary repatriation programmes. However, local officials are said to resent deploying their own resources to combat what they see as Europe’s problem, a consequence of politically correct border control policies and over generous welfare systems.

This is not the first time Libya has threatened to flood Europe with migrants. In 2005, during a visit to Italy he warned: “We need support from the European Union to stop this army trying to get across from Libya, which is their entry point. Colonel Gaddafi threatened to “turn Europe black” if Europe did not pay him £4.1 billion in aid a year. The threat was repeated by "Mad Dog Muammar" as the Colonel was affectionately known, during the FUKUS axis bombing campaign.

Mr Zubia said: “Gaddafi did this threat and brought Europe to its knees.

“You need to remember that we are doing your border control for you. We cannot stay forever doing this craziness, spending lots of money on nothing.”

“At the moment there is a dangerous level of immigration from Africa into Europe and we don’t know what will happen. What will be the reaction of the white Christian Europeans to this mass of hungry, uneducated, uncivilised Africans?

“We don’t know if Europe will remain an advanced and cohesive continent or if it will be destroyed by this barbarian invasion. We have to imagine that this could happen but before it does we need to work together.”

Critics have warned that a Western-backed move to remove President Assad from office in Syria will leave behind a power vacuum and chaos similar to that in Libya and trigger another immigrant invasion. Many of those allegedly arriving from Syria as refugees now are actually coming from Turkey and elsewhere, having been taken in by the outrageous promises and left wing European anti - civilisation groups, that free houses, medicine and a wage for doing nothing await them in Europe.

A special immigration problem at Calais 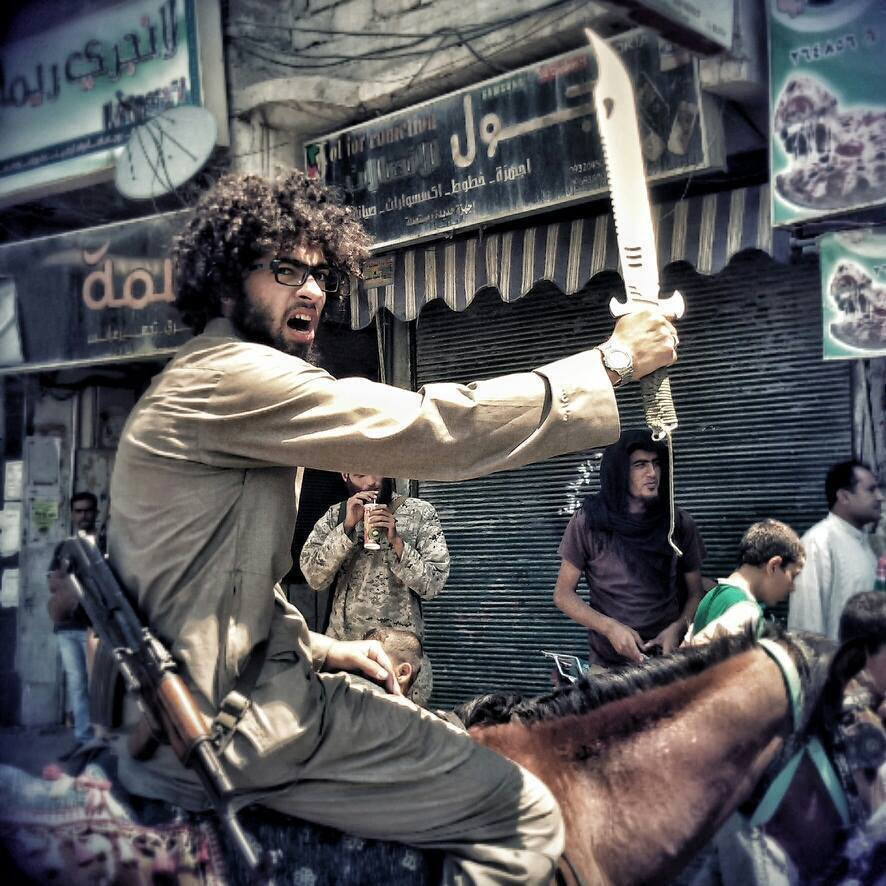