Putin: Russian Military Not Threatening Anybody, We Are Protecting Our Borders

The Russian military isn’t threatening anybody, Russian President Vladimir Putin said, expressing bewilderment about the scaremongering reaction of the West to Russian army exercises, which are being carried out carried out inside Russia. 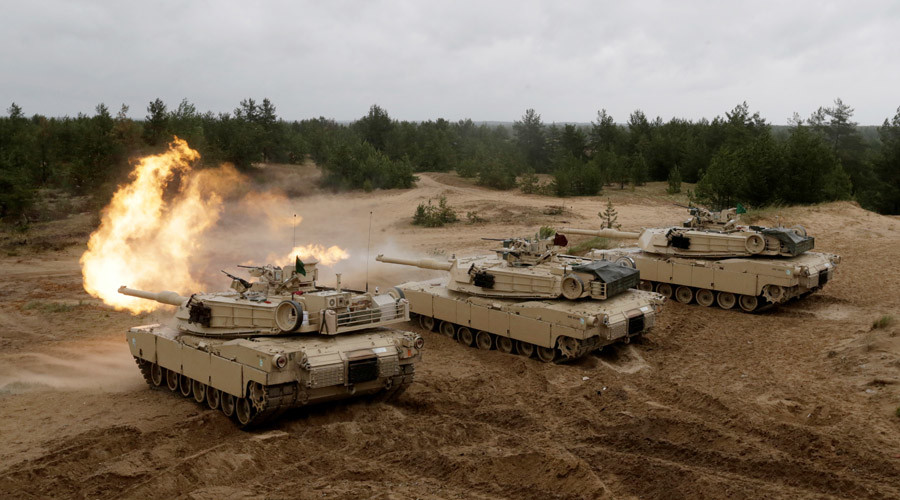 Putin: The Russian Military Isn't Threatening Anybody
“Our Armed Forces are not threatening anybody," Putin said as he visited motor maker Avtodiesel in Russia’s Yaroslavl on Saturday.“I would like to stress once again, to make sure everyone hears – not only people in this hall,” he added.

“Why would we do this?” Putin said, commenting on claims from NATO leaders that Moscow is preparing to attack other countries, particularly, its neighbors on the eastern shore of the Baltic. As this blog has reported previouly, military exercises in the Baltic States involving US and NATO troops have been a regular occurrence for some time. Whatever the stated purpose of these, to put American, British, French and German troops on the ground only a few kilometers from Russian borders can only be seen as a calculated provocation.

Putin added, further justifying Russia's action, “We have the biggest territory in the world, like I said, everyone knows it, and we need to provide effectively security for our own country, for our own people,” he said."Our Armed Forces are capable of doing it, and we shall continue developing them.”

He acknowledged that a lot has been done to make the Russian military “efficient… modern and highly effective” as part of a national program to develop the Armed Forces.

“The number of military drills has increased multiple times, including snap checks, which for some reasons from time to time worry our counterparts, let’s call them as such for now," the Russian leader said.

“Whenever they are having drills, we don’t worry, but for some reason they begin worrying at once. They’re so nervous," he added.

According to Putin, the Russian military must be “compact, but highly effective. Thus we shall continue the structural reform, and we shall keep optimizing the personnel, but without any mass cuts.”

In its development, the Russian military will continue paying special attention to IT, reconnaissance, both agent- and technology-based, communications systems as well as modern high-tech weaponry, he stressed.

Trump Says US Should attack ISIS, Not Assad

Assad supported Trump's presidential bid for obvious reasons.
In his first interview since his election earlier this week, Trump told The Wall Street Journal that he has had “an opposite view of many people regarding Syria.”

Trump suggested a sharper focus on fighting the terrorist group rather than trying to oust President Assad.

The president-elect criticized the Obama administration's policy of attempting to find “moderate Syrian opposition groups” to boost fighting against Assad, saying he will seek a possible rapprochement with Russia and find a solution for the Syrian conflict.

“My attitude was you’re fighting Syria, Syria is fighting ISIS [Daesh], and you have to get rid of ISIS…Now we’re backing rebels against Syria, and we have no idea who these people are,” he told the Journal on Friday.

During his final presidential debate with Democratic nominee Hillary Clinton, Trump emphasized that his priority in Syria would be to eliminate Daesh and not to oust Assad.

US attacks on Syria
Syria is US proxy war with Russia
US and UK hypocrisy on Syria
Obama frames Assad
Obama and Kerry shills for war
ISIS was a US creation
Obama administration considering airstrikes on Assad regime
UK Must work with Assad to combat ISIS
Syria: USA & NATO scream ‘War Crimes’ as US backed rebels shell Aleppo civilians
Western media part of political elite, will never report Syrian massacre by US-led forces