Germans protest against Islamification of their country
Germany's crisis of illegal immigration is now so far out of control, the country is descending into anarchy and sliding towards civil conflict, or to becoming a lawless banana republic without any effective government, Hansjoerg Mueller of the Alternative Fur Deutschland party, Germany's anti - EU party, has warned.

While we consider that appraisal is probably a bit dramatic, Germany is certainly in big trouble socially, economically and politically and it is all a result of Hausfrau Volksfuhrer Merkel's open doors immigration policy.

In an interview with RT.com, Herr Mueller highlights just how divided the nation is becoming:

Commenting on a statement by Bavarian official Peter Dreier who is reported to have called German Chancellor Angela Merkel to tell her personally that if Germany welcomes a million refugees, his town of Landshut will only take in around 1,800. Any extra will be put on buses and sent to her Chancellery in Berlin. Mueller commented: Dreier is the district head of Landshut, a town close to Munich. Usually he does not have the power, but we are not living in usual times. What we are now looking at is more and more Germany sliding towards anarchy. In this situation I think less and less is determined by law, more and more is determined by who acts. And the person who acts in fact has the power. So if he sends ... refugees to Berlin, he sends them!

Between the above comments and the recent "Meanwhile in an average German city" , a report on Islamophobia (and its causes, among which is the penchant of migrants for raping and sexually assaulting German women and girls), the repercussions of Obama's 'empire of chaos' in The Middle East has only just begun. As Raul Ilargi Meier recently wrote:

Ignorance and denial threatens to lead to a needless increase in nationalism, fascism, violence, misery, death and warfare. If we were to acknowledge that the change is inevitable, and prepare ourselves accordingly, much of this could be avoided.

There are two main engines of change that have started to transform the Europe we think we know. First, a mass migration spearheaded by the flight of refugees from regions in the world which Europeans have actively helped descend into lethal chaos. Second, an economic downturn the likes of which hasn’t been seen in 80 years or so (think Kondratieff cycle).

Negative ideas about refugees are already shaping everyday opinion and politics in many places, and this will be greatly exacerbated by the enormous economic depression that for now remains largely hidden behind desperate sleight-of-hands enacted by central bankers, politicians and media.

Humans are genetically biased against change because change means potential danger. We are not the only animals that do not cope well with change, in fact it was our superior ability to adapt tht propelled us to the top of the feeding chain (well OK, along with opposable thumbs). This means that when change comes, human societies are largely unprepared or underprepared for it.

Apply this to the group as well as the individual because group adaptation is part of our survival instinct, and you find the bias multiplies and becomes self-confirming. Members of the community reinforce each other’s bias. When change comes in small and gradual steps, as it mostly does, this can work relatively well (e.g. evolution). When it comes in large and sudden steps, trouble ensues.

That may sound like psychology 101, but it is indispensable knowledge if we wish it to recognize the implications to Europe and the entire world of allowing the unchecked mass migration of people whose mindset dictates theirs is the superior culture and must be imposed an the European savages ('Ifidels'), when technological advance, rapid population growth and cultural revolution have combined to push humanity into a period of change so profound it is impossible to predict what the long term impact might be.

Ignorance or denial of the stresses existing in society before the mass migration began inevitably led to an increase in nationalism, and when that nationalism confronted large scale immigration of people who came with the intention not of integrating, but of replacing national and ethnic populations, violence, misery and civil conflict must ensue.

People on the 'left' of the the political spectrum urge us to accept that change is inevitable, and prepare ourselves to surrender our values and traditions to a new dominant culture. but as humans we are not born to surrender what is ours.

There are two main engines of change that have combined to transform the Europe, a mass migration spearheaded, according to mainstream thought, by the flight of refugees from regions or alternatively engineered by a political, business and academic elite do destabilise the populations of educated and demanding people in the developed world, and the disintegration of an unsustainable global economic system which Europeans have been active alongside the USA in creating, into lethal chaos.

Second, an economic downturn the likes of which hasn’t been seen in 80 years or so (think Kondratieff cycle). 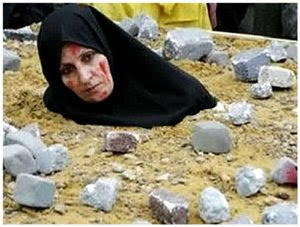