As the COVID narrative unravels with evidence mounting up that the vaccines don't work but do make people ill (or dead), lockdows do more harm than good and the virus is not much of a threat to people who are in at least moderately good health, we decided to drop the Daily from our COVID crimes roundup and go for a couple of roundups a week so that we can return our attention to more general matters, currently Ukraine, the climate scam, creeping communism, woke fascism and the elite's war on evrything civilised in human societies.

(by Mike Adams, Natural News) In a little-known Reuters story that garnered almost no attention in the corporate media, Dutch insurer Aegon revealed its third quarter, 2021 life insurance payouts skyrocketed 258% compared to third quarter, 2020 payouts. The difference, of course, is found in covid vaccines. In 2020, vaccines weren’t yet available, so payouts for Aegon only reached $31 million. But after three quarters of aggressive vaccinations throughout 2021, the death benefit payouts hit $111 million, an increase of 258%.

From Reuters via Yahoo Finance:

Dutch insurer Aegon, which does two-thirds of its business in the United States, said its claims in the Americas in the third quarter were $111 million, up from $31 million a year earlier. U.S. insurers MetLife and Prudential Financial also said life insurance claims rose. South Africa’s Old Mutual used up more of its pandemic provisions to pay claims and reinsurer Munich Re raised its 2021 estimate of COVID-19 life and health claims to 600 million euros from 400 million.

Insurance companies are slowly coming to realize the truth about covid vaccines, even as the complicit, murderous mainstream tries to cover up the accelerating deaths. The death signals now emerging in the finances of insurance companies can’t simply be swept under the rug, and given that a 258% increase was recorded for Q3, 2021, it begs the obvious question: How much worse will this be for Q4, 2021? Or Q1, 2022?

Miscarriages and cancer up 300%, neurological problems up 1,000% due to covid “vaccines”

by Ethan Huff, News Target
On January 24, attorney Thomas Renz, a member of the America’s Frontline Doctors (AFLDS) legal team, revealed to a panel that Wuhan coronavirus (Covid-19) “vaccines” are extremely dangerous, despite constant reassurances from the government that they are “safe and effective.”

Three military doctors from the Department of Defense (DoD) who have access to vaccination data that has been withheld from the general public procured the information. They are Lt. Col. Theresa Long, Dr. Samuel Sigoloff and Lt. Colonel Peter Chambers.

“All three have given me this data in declarations that stated this is under penalty of perjury, we intend to submit this to the courts,” Renz said.

What these three whistleblowers showed with the data is that miscarriages have increased by 300 percent over the past year, as have cancers. Neurological problems increased 1,000 percent during the same timeframe.

“Our soldiers are being injured, experimented on, and sometimes possibly killed,” Renz further explained.

Lt. Col. Long is a senior U.S. Army flight surgeon with specialized training in infectious diseases. She testified under the Military Whistleblower Protection Act, which protects members who make lawful disclosures of wrongdoing to members of Congress or the Inspector General.

Long told Sen. Ron Johnson (R-Wisc.) that she actually had to ground vaccinated pilots in order to place them under monitoring for symptoms of myocarditis, which include chronic fatigue, so as to avoid them potentially dying from heart failure mid-air.

On Nov. 3, 2021, The Washington Times reported that Long had made “numerous efforts to get senior medical leaders to at the very least inform soldiers of this risk,” only to be ignored.

“The military didn’t even pause their vaccination efforts to rush out the Pfizer and Moderna shots,” she is quoted as saying.

Pfizer Set to Roll Out Omicron Shot in March, as Experts Warn ‘We Can’t Vaccinate the Planet Every 4 to 6 Months’

Pfizer said it will have an Omicron-specific shot ready in March 2022, at which point Americans will undoubtedly be told to line up for a fourth injection. 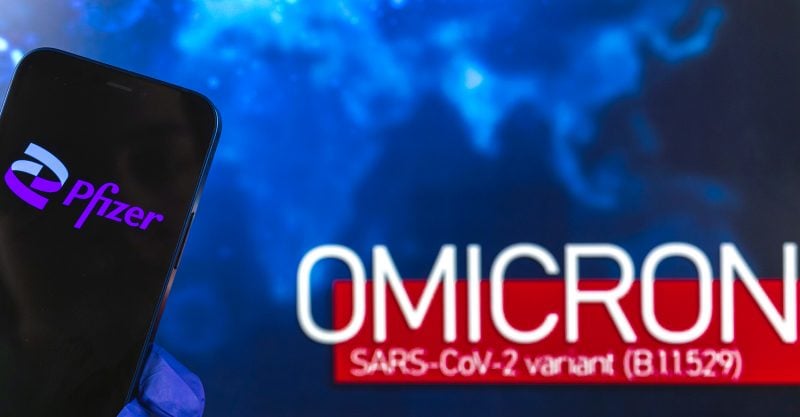 While a third COVID booster shot started rolling out in late September 2021, and people have been bullied into getting it, that booster is no different from the first two doses. It’s not specific against Omicron, which is rapidly overtaking other variants and currently accounts for 95% of all COVID cases in the U.S.

A number of studies have already shown that the COVID shots offer very limited protection against the Omicron variant, yet the guidance doesn’t change.

“Get the booster,” is the universal recommendation, but that’s like telling everyone to use a flu vaccine from one or even two seasons ago. Why take another dose of something that is significantly mismatched to the strains in circulation?

The story of a 3-year-old kid from Cyprus who was first refused medical treatment at foreign hospitals since his parents remained unvaccinated has sparked debate over if doctors should be permitted to refuse treatment.

He is now in Greece seeking surgery following three nations refusing to treat him.

The youngster, who has not yet been disclosed, was admitted to the hospital with severe cardiac condition. The ministry of health organized for the kid to be flown to Germany by air ambulance last Thursday since Cypriot hospitals were incapable to execute the required treatment.

The day prior to the exchange was to occur, however, the hospital in Frankfurt notified the Cypriot officials that it would not actually happen since the boy’s guardians had not received the COVID-19 vaccination.

In another embarrassing setback for Boris Johnson's government, sources in Westminster reported today the highly unpopular policy of mandatory vaccination for National Health Service front line staff looks set to  be scrapped.  In a massive U-turn on COVID policy the government backed down when faced with the prospect of around 15% of doctors, nurses, therapists and care assistants quitting their jobs rather than accept injections of the so - called clotshot.

The 'no jab no job' policy for healthcare workers in the UK, intended to coerce this vital group of workers 'into being vaccinated against the Wuhan Coronavirus in order to keep their jobs looks set to be scrapped, according to reports by a number of government sources. This climbdown by government policy makers is particularly significant as this group are far better placed to make an informed assessment of the reliability of assurances that the mRNA vaccines are 'safe and effective.

Both workers in the UK’s carehome sector, and carers working with people who receive care in their own homes  ,as well as staff in the nation’s socialised healthcare system, the NHS have been or were set to be affected by forced vaccination. Mandates for care home staff have already been in place since November, while mandates affecting frontline NHS staff are due to come into effect April 1st. This fascistic edict forced people who could not afford to give up their jobs to accept medication they did not believe was safe or alternatively forced them to undergo a medical procedure against their will.

If reports leaking out of Downing Street are correct however,  all of these mandates for healthcare workers in all sectors across the UK are set to be scrapped, with those already forced out of their jobs by jab requirements being allowed return to work in the sector.

The massive U-turn is apparently a result of the massive knock-on impact that sacking unvaccinated health workers was expected to have on the ability of the health service to function. This is understandable as after justifying its assaults on human rights and personal liberty by claiming it was acting to prevent the health service being overwhelmed, sacking 25% of front line NHS staff for ideological reasons would have made the government's position untenable.

Over 80,000 frontline staff in the country’s socialised service are believed to be unvaccinated, with a further 60,000 having received only one jab where the mandate requires double vaccination plus boosters to qualify as 'fully vaccin governmentated'.A number of organisations that operate in parallel with the NHS have been warning of catastrophic staff shortages within the health system should the mandate come into effect.

Some critics attacked the what they believed was a poorly formulated policy from ever being considered in the first place. All in all as our colleague Basil_Hallward reported on Minds.com yesterday, the whole narrative of this hoax pandemic is falling apart.
RELATED:
Posted by Boggart Blogger at 5:29 AM No comments: