from Politico 12 May 2021
By Natalie Huet and Carmen Paun 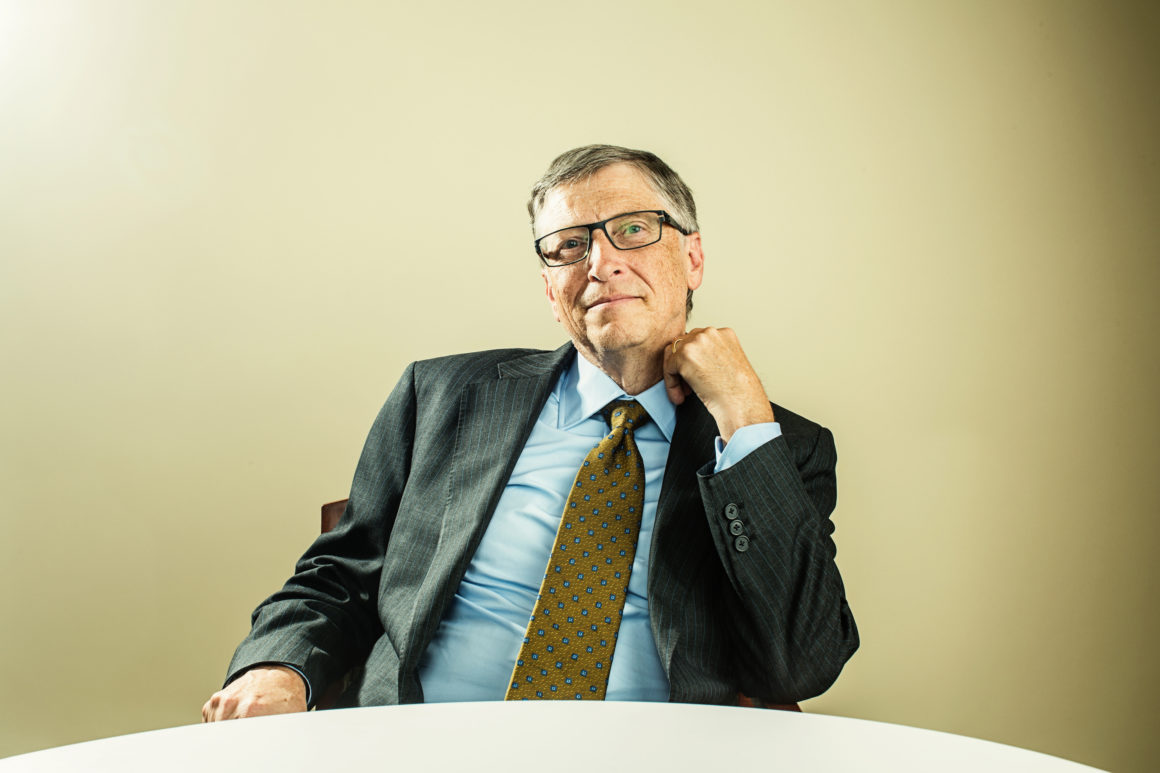 Some billionaires are satisfied with buying themselves an island. Bill Gates got a United Nations health agency in Geneva.

Over the past decade, the world’s richest man has become the World Health Organization’s second biggest donor, second only to the United States and just above the United Kingdom. This largesse gives him outsized influence over its agenda, one that could grow as the U.S. and the U.K. threaten to cut funding if the agency doesn’t make a better investment case.

The result, say his critics, is that Gates’ priorities have become the WHO’s. Rather than focusing on strengthening health care in poor countries — that would help, in their view, to contain future outbreaks like the Ebola epidemic — the agency spends a disproportionate amount of its resources on projects with the measurable outcomes Gates prefers, such as the effort to eradicate polio.

Concerns about the software billionaire’s sway — roughly a quarter of WHO’s budget goes toward polio eradication — has led to an effort to rein him in. But he remains a force to be reckoned with, as WHO prepares to elect one of three finalists to lead the organization.

“All of the candidates are going to have to ally with him in some way,” said Sophie Harman, associate professor of international politics at Queen Mary University of London. “You can’t ignore him.”

Farage Reckless Facing Rabid Left Wing Fanatics
Following the defection to UKIP of Conservative MP Mark Reckless, who yesterday shocked the media and political establishment (everyone else knew it was on the cards.) by announcing his switch from con to Kipper from the podium at the closing session of UKIP's conference, the Kippers latest recruit and his new leader yesterday faced angry but ineffectual protests

Farage Reckless Facing Rabid Left Wing Fanatics
Following the defection to UKIP of Conservative MP Mark Reckless, who yesterday shocked the media and political establishment (everyone else knew it was on the cards.) by announcing his switch from con to Kipper from the podium at the closing session of UKIP's conference, the Kippers latest recruit and his new leader yesterday faced angry but ineffectual protests

Obama administration ‘blocking' information from the press
Uncovering information that should be available to the public has become increasingly difficult under the presidency of Barack Obama, an Associated Press bureau chief says. In some cases, it surpasses the secrecy of the George W. Bush administration. The White House's penchant for secrecy does not just apply to the federal government, according to AP's Washington bureau chief, Sally Buzbee.

Western Hypocrisy In Reporting News about Ukraine And Russia
The opening paragraph of a CNN report on the latest developments in the crisis in Ukraine illusrate perfectly the hypocrisy of Western media in the way they cast Russia as the danger to world peace and America as bringer of freedom and democracy. In fact in the crisis over the US attempt to draw Ukraine into NATO the positions taken by the USA abd Russias are the opposite of the 1962 Cuban Missile Crisis.

Scandal hit Rotherham ‘deleted abuse files’
In a move that puts them among the contenders for lying, self serving shits of the decade, but still in a league of their own un terms of complete and utter shittiness, it has emerged that the scum sucking scab lice of Rotherham Council's controlling Labour group and the public servants they employed had deleted files in order to cover up their complicity in the blatant and systematic child abuse perpetrated under the noses of council officials.

Centralized power - the worst of all possible worlds
The centralization of power over the past few decades in nations of the developed world has led to the evolution of a sociopathic managerial class formed mainly from the old petite bourgoisie who have now gravitted to public sector careers where their delusions of social status and the unaccountability of office lead them to abuse such power as they have.

Intrusive Surveillance Technology, Internet control freaks and The Orwell-Huxley-Dick Dystiopianometer
Are privacy campaigners right to be worried about intrustive internet technology and the massive databases that log our behaviour and parse the data for patters that enable us to be targeted for advertising? Should we bee worried by surveillance or are those that raise doubts just scaremongering? The Orwell-huxley-Dick dystopianometer is rising.

So Who Is Anti - science? Those Who Question Climate Change Or Those Who Would Abolish Free Speech
It was looking as if the global warming scare was dead, then that Nazi shit Barack Obama, seeing his dream of being President Of The World slipping away, gave his science whores enough money to enable them to kick some life back into it. Now the "science" lobby, unable to put together an convinging argument against their challengers are demanding the abolition of free speech.

New World Order War On free Speech Comes To Britain - Guardian editor accused of treason
The right to free speech is under threat from intolerant, authoritarian elitists, call them The Illuminati, New World Order, Scientific Dictatorshgip, Global Elite, whatever. Their goal is absolute power and they know that while the right of free speech, the free press and free access to information exist they cannot succeed.

How academic debate is suppressed on science topics like Climate Change, GMOs, Pesticides and Toxicity of medicines
Intellectual intolerance and the supposed superiority of the scientific education have led not just to the politiciisation of science but to it's being seduced by corporate money and political power. Science was ever fascism's whore of course and the egos of scientists are easily bought. This has led to a very unhealthy emergence of dogmas and orthodoxies and an intolerance of the dissent that is essential if scientific research is to have any credibility.

Phobophobia - Fear Of Being called Phobic?
Homophobia is not fear of homosexuals but fear of thec same thing which does not make sense. Just as politically correct thinking uses the word bigot nonsensically so it's accusations of phobia are irrational - as irrational as the groundless fear familiar to those who suffer the recognized medical conditions called phobias.

The Importance Of Free Speech And A Free Press
Politicians around the developed world including leaders of the two most powerful democracies, Barack Obama and David Cameron have been falling over themselves to join the attack on free speech. On subjects as diverse as climate…

Facebook Bans All Content On Vaccine Awareness
Authored by Mike Adams via NaturalNews.com,
Just as we warned would happen, the tech giants are now moving aggressively to ban all speech that contradicts whatever “official” position is decided to be “the truth” by the corrupt establishment. This week, Facebook announced it would block all content on Facebook that questions the official dogma on vaccines,

German politician calls on facebook to abolish free speech
A German politician has given the clearest indication yet that the political elites of the free world are ideologically much closer to Adolf Hitler's National Socialists than the social liberalism they claim to support. Free speech is the basis of all liberal democracy. Heiko Maas, the German justice minister has has written to the Facebook it removes “xenophobic and racist” anti-migrant posts from its website and apps., has written to the company to demand an urgent review of its policy over hate messages.

Free Speech Is Being Murdered By The Media And Left Wing Authoritarianism
Without free speech there is no democracy. Without democracy there is no freedom. But all over the developed world free speech is under attack from politically correct politics. It is time to start resisting, do not believe the propaganda published by mainstream media, question everything and make up your own mind. as The Buddha said, "Believe nothing you read or are told unless it agrees with your own experience and common sense."

from Great Game India Bill Gates has proposed and funded a geoengineering experiment to determine whether blotting out the Sun with aerosols could reverse global warming. This experiment was undertaken by Sweden’s space agency. But now they have called off this project as they are facing a great opposition from the environmental activists. The experiment … Continue reading

Italian Politician Demands Bill Gates Arrest For Crimes Against Humanity
As the FDA shuts down a Bill Gates-funded COVID-testing program, an Italian politician has demanded the arrest of Bill Gates in the Italian parliament. Sara Cunial, the Member of Parliament for Rome denounced Bill Gates as a “vaccine criminal” and urged the Italian President to hand him over to the International Criminal Court for crimes …Continue reading

World Domination Freak Bill Gates Appeals For World Government
In a recent interview with the German magazine ?Süddeutsche Zeitung?, Bill Gates, son of a CIA director and the New World Order’s ‘made man’ uttered some highly sinister comments in support of abolishing democracy and nationhood in favour of world government. Now those of us in the know have never been puzzled about … Continue reading

Bill ‘Psycho’ Gates Wants To Release Genetically Modified Mosquitoes To Inject Us With Vaccines
The latest luncacy to flow from the megalomaniacal mind of the world’s richest madman and wannabe Galactic Emperor Palpatine, Bill Gates is the latest iteration of a plan this vaccine – obsessed world domination freak has nurtured for a long time. He wants to release genetically midified mosquitos to inject us with vaccine.Apart from the … Continue reading

Gates Vaccine Spreads Polio Across Africa
While Bill Gates, the dodgy billionaire wannabe Galatic Evil Emperor and purveyor of not-fot-for-purpose operatong systems for personal computers has been trying desperately to insert himself and his fake charity into the COVID Pandemic crisis (Gates has now abandoned dodgy software and is selling dodgy vaccines to governments,) another story concerning mass vaccination programs funded … Continue reading

Enlist celebs, churches? Gates warns US needs to reduce ‘vaccine hesitancy’
Billionaire software tycoon Bill Gates has urged the US to prepare for a Covid-19 vaccine rollout by deputizing trusted community leaders to “reduce vaccine hesitancy,” bemoaning the rapid spread of “conspiracy theories” online. The Microsoft founder-turned-vaccine-evangelist painted a mostly rosy picture of a vaccine rollout getting “rich countries” back to normal by the end of … Continue reading