After eight years of austerity, four governments, three bailout programs, a country full of misery, a capital full of protesters, and a whole galaxy of Molotov cocktails, firecrackers, riots, and clashes with police, Greece does not seem to have moved forward at all. As Greece prepares to exit its third bailout program since 2010, The Daily Stirrer takes a look at the latest outbreak of Greek street protests, the result of almost nine crisis-filled years.

In one particularly violent episode, a mass brawl broke out outside the Ministry of Administrative Reform in Athens, this clip shows demonstrators being rather brutally pushed back by riot police.

Mass rallies in Athens always seem to descend into violence, like the one featured below, as Greece's parliament voted on further erosions of Greek sovereignty to unlock the EU bailout money, with protesters chanting against Greek Prime Minister Alexis Tsipras and throwing incendiary flares at police wearing anti-riot gear.

Since the Greek crisis started in late 2009, the country has racked up a massive debt and pursued strict austerity policies to unlock international emergency loans. In 2015, Greece's creditors — the Eurozone and the IMF — launched a third stability support program in eight years. The bailout, which made up some 86 billion euros, was provided in exchange for austerity measures that included pension cuts and tax increases. It is scheduled to expire on August 20, 2018, but Greece's road to recovery is not over yet, and will not be over until the nation is released from the suffocating constraints of The Euro (€) the European Union single currency.

Beleagured Tesla CEO Elon Musk may be about to suffer another public meltdown on Twitter after
bankers JP Morgan issued a note that acknowledged what it seems that everybody already knew: Contrary to Musk's statement at the beginning of last week that he had secured funding to take Tesla private, the money has not, in fact, been secured. To add insult to injury, J.P. Morgan lowered its price target on Tesla stock by about 30% to $195.

After Friday's plunge in Tesla shares following the publication of a bizarre interview in the NYT with CEO Elon Musk which revealed the state of his emotional breakdown, Tesla shares are down another 6% this morning, trading in the $280's in the market. An extract from the statement reads:


We are reverting to valuing Tesla shares on the basis of fundamentals alone, which entails a $113 reduction in our price target back to the $195 level where it stood prior to our August 8 note in which we newly weighted 50% in our valuation analysis a go-private scenario for which funding was at that time said to have been secured to take the company private at $420 per share.


JPM had commented in a somewhat mealy mouthed style that "As surprising to us as these developments are, and as lacking as the statements are in any details regarding whom is expected to provide the required amount of financing and on what terms, they are nevertheless declarative statements from the CEO of a public company which we feel should be considered seriously. Either funding is secured or it is not secured, and Tesla’s CEO says funding is secured.” The bank added that “Our price target could move up or down based upon further developments affecting the likelihood the transaction will or will not go through.”
Fast forward to today, when for at least one bank, the going private deal is now dead.

Subsequent events have obviously led JPM to believe that funding was not secured for a going private transaction, nor was there any formal proposal, it was just Musk failing to put his brain in gear before being let loose on Twitter.

Mother Of Mercy, Is This The End For Elon? 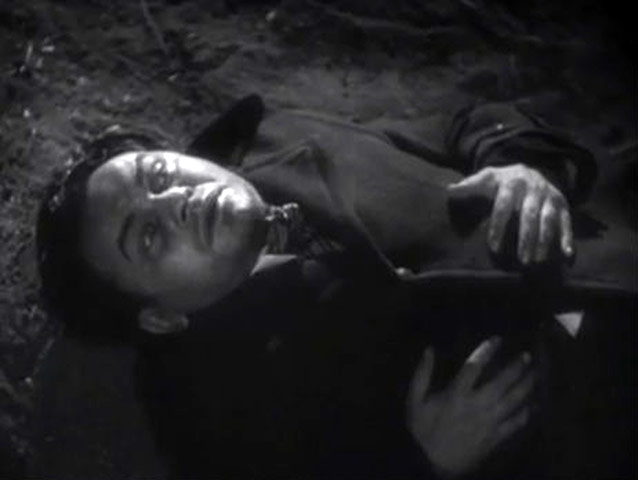 "Mother of mercy, is this the end for Rico" - death scene of Edward G Robinson as the gangster in the classic 1930s film Little Caesar.
Elon Musk told a New York Times reporter in an exclusive interview he is suffering the effects of the most painful year of his career, as he deals with production deadlines, technical problems and safety issues for his Tesla car company, the fallout from a federal investigation over Stock Market manipulation and the concerns of worried friends.

He reportedly broke down multiple times during the emotional interview as he admitted his responsibilities were taking a personal toll.

“This past year has been the most difficult and painful year of my career,” he said. “It was excruciating."

By early Friday afternoon, Tesla’s shares had fallen over 8%, wiping about $4bn off the company’s value.

Musk, whose company posted a record $709.6m net loss in the first quarter of this year while struggling to manufacture large numbers of its Model 3 mass-market electric car, said he had been working up to 120 hours a week and his health had been “not great”. He said his friends had been worried about him.

Musk said there were times he didn’t leave the factory for three or four days at a time and days when he didn’t go outside.

He said he spent the entire 24 hours of his 47th birthday in June at work and flew directly to his brother’s wedding, where he was due to be best man, from work, arriving two hours before the ceremony and leaving immediately afterwards.

It has also been reported that Tesla executives are increasingly worried about Musk's reliance on Ambien to help him sleep and its possible effects on late-night Twitter sessions.
Various episodes of bizarre behaviour have provoked a string of headlines and led to growing concerns about the billionaire's stability and the turmoil in Tesla’s share price as markets responded to his outbursts.

He recently berated analysts for asking boring questions during an earnings conference call, accused a British diver who helped rescue a Thai football team trapped underground of being a paedophile, and last week published a tweet claiming he had secured funding to take Tesla private, sparking a rollercoaster ride for shareholders that is now under investigation by the Securities and Exchange Commission.

Mr Musk has long delighted in his reputation as one of Silicon Valley’s brashest entrepreneurs but admitted exhaustion was taking its toll.

“It’s not been great, actually,” he said. “I’ve had friends come by who are really concerned.”
Tesla is also being sued by several investors after Musk' surprise (and completely fantastic as it turns out,)announcement that he planned to take the company private, following his failure to progess from a niche business making overpriced, pimped up mobility scooters for Hollywood liberals with more money than sense into a major car maker competing with Mercedes, BMW, VW Audi, Land Rover Jaguar and Lexus


Is The Internet Making Us All Stupid.The more gullible and wide eyed among academics like to burble ecstatically about how the internet has ushered in a new age of creativity. We have to wonder just how much time these self styled experts have spent surfing scial networking sites

We live in a world of deception, where truth is an ephemeral thing, slippery as an eel and shadowy as a spectre. What we are expercted to perceive as reality is just spin and misinformation designed to ensure the elite maintain their control. There's eff all you can do just get on with your life, say the shills
for big government and authoritarianism. But are we really nothing more than slaves of the system?

Google have abandoned their "Don't Be Evil motto. Good thing really, they are becoming more evil every day. The latest plans to integrate our brains with their servers may seem like a science fiction freaks wet dream, but these creepy nerds are serious ...
You Get What You Deserve.