After the US Department of Justice had effectively blocked the FBI inestigation into Hillary Clinton's private email server shenagigans involving official material classed as 'top secret and above' he woman who has a reputation as the world's greatest gloater probably thought she had got away with blatantly disregarding laws on national security, and could focus on cheating Donald Trump or whoever (I'm not ruling out the possibility that Trump's bid for the presidency will be derailed by a scandal,) an order made by Judge Sullivan of the U.S. District Court laid out ground rules for interviewing multiple State Department officials, and ordered at least six current and former State Department employees to answer questions, all in an effort to finish the depositions in the weeks before the party nominating conventions.

According to a CBS report, a Washington source has confirmed that Hillary Clinton will be interviewed by the FBI within the coming weeks, in connection with the investigation into her private email server. Hillary's top aide, Huma Abedin was interviewed by the FBI in April. The FBI and Justice Department have been investigating whether classified information stored on Hillary's email server was mishandled. Abedin was interviewed at the FBI's Washington field office last month. The FBI's investigation into Clinton's email server was first reported in August.

The Clinton campaign has said it's confident that the FBI's review "will conclude that nothing inappropriate took place." There's no timetable for completing the investigation, and there have been no statements about how much longer the investigation will take. A federal judge in Washington said he may order Clinton to testify under oath about whether she used a private email server to evade public records disclosures. The order from U.S. District Judge Emmet Sullivan granted a request from the conservative legal advocacy group Judicial Watch to question six current and former State Department staffers, including Abedin, about the creation and purpose of the email system.

Clinton, who has been accused many times of behaving as if she is above the law, dismissed the idea that she could face legal trouble over the use of the server, responding to a debate question in March about the prospect of a federal indictment by saying, "It's not going to happen." Well at least she didn't say, "What difference does it make."

RELATED POSTS:
Obama's Economy Is Bad; Clinton's Would Be Worse
Lifelong Feminist Camille Paglia Slams Hypocrite Hillary Clinton And Her 'Liberal' Supporters
Bernie Earns less In A Year Than Hillary Gets For One Speech To Bankers
Yes, the Panama Papers Could Really End Hillary Clinton’s Campaign
'I Pray for Sanders' - Oliver Stone Condemns Clinton’s ‘Corrupt’ Policy
With Hillary Clinton’s Email Lies Unravelling, 147 FBI Agents Are On Her Heels
Wikileaks Drops Hillary Email Bomb That Could End Her Campaign but FB Censored It
Servergate: Hillary Clinton, Arrogant, Ignorant or both?
Servergate: 'Immune' Hillary IT-Staffer Reportedly A "Devastating Witness" - FBI
If You Are An American Voter Thinking Of Voting For Hillary You Need To Read This.
More Evidence That Hillary Clinton Leaked Secrets damaging To The USA
Will Benghazi Flush Hillary's hopes down the karzi. 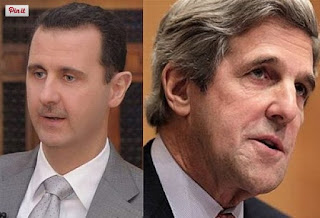