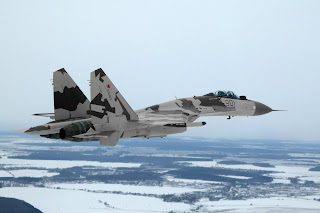 French workers protest against new employment laws that aim to make French business more competitive (Image source: nationalpost.com
In a statement on French radio yesterday France’s employment minister Michel Sapin made the shocking admission that the country is “totally bankrupt”. The bombshell came during a routine interview yesterday and is thought to have sent the country’s business leaders into a state of shock.

"There is a state but it is a totally bankrupt state," Mr Sapin, commenting on the employment law reforms that recently provoked strikes and civil disobedience said. "That is why we had to put a deficit reduction plan in place, and nothing should make us turn away from that objective."

Mr Sapin’s "totally bankrupt" admission is a huge embarrassment for President Francois Hollande and his socialist government, already showing record levels of unpopularity in opinion polls. Hollande, who will be left to undo the potential damage to his already almost non existent chances of re - election currently has a personal popularity rating of 11%.

The shock revelation also raises further questions about Hollande’s controversial “tax and spend” policies that have seen numerous entrepreneurs and high profile celebrities leave the country. By extension it should be a warning to voters in other nations who are toying with the idea of voting in a left wing government that socialism simply and inevitasbly does not work.

Sapin's comments come as Hollande attempts to inspire confidence if the French economy, which has been damaged not only by his loonytoons economics but by membership of the European Single Currency System (Euro). His pledge to reduce the country’s deficit by cutting spending by €60bn (£51.5bn) over the next five years and increasing taxes by €20bn (£17bn) looks doomed to fail as bureaucratic EU rules make businesses uncompetitive while inability to address economic problems because France shares a currency with the much stronger German economy has led high uneployment and low levels of investment.

Among those who moved their wealth out of France are Hollywood star Gerard Depardieu and the country's richest man Bernard Arnault.

There are even reports that Nicolas Sarkozy, the previous President of France, is preparing to move to London with his wife Carla Bruni for economic reasons.


RELATED POSTS:
You Know You Live In A Country Run By Idiots If ...