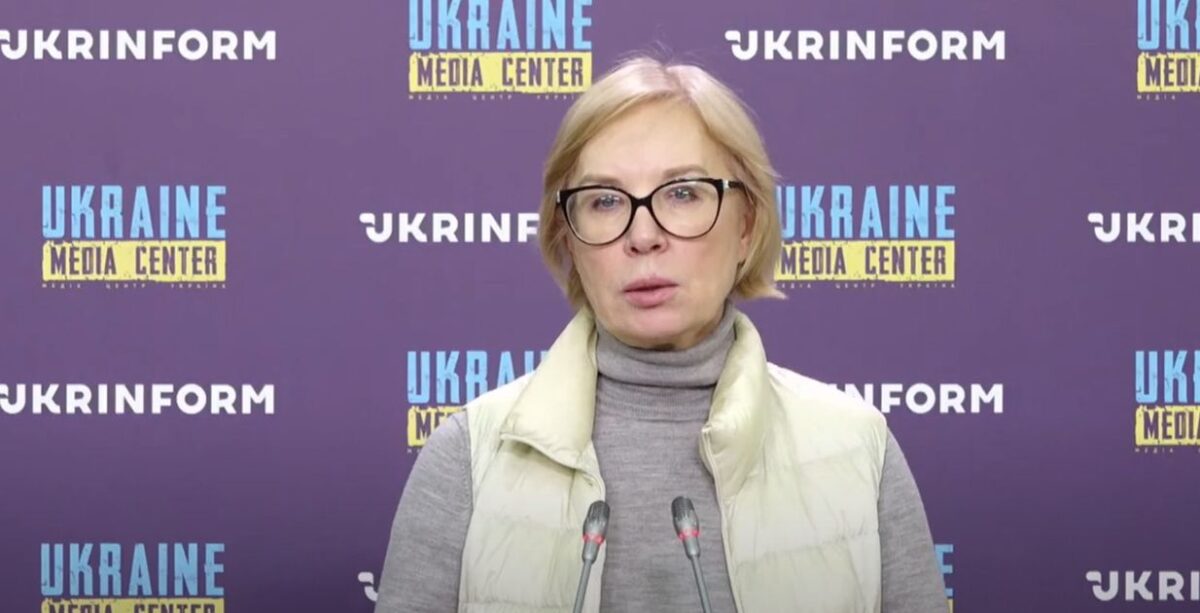 A top Ukrainian official who was ousted over unsubstantiated claims that Russians were committing mass rape admitted she “exaggerated” but did so to convince the West to send more weapons to Ukraine.

Lyudmila Denisova, who had served as the Ukrainian Parliamentary Commissioner for Human Rights, was recently removed by the Ukrainian Parliament over what they said were her false claims about mass rapes. The members of Parliament at the time said that her work focusing on alleged sexual assaults by Russian troops “couldn’t be confirmed with evidence … and distracted the global media from Ukraine’s real needs.”

Speaking to a Ukrainian news outlet, Denisova said that the information about rapes that she spread served her goal to obtain more military aid, confirming that “indeed, maybe I exaggerated” some of the rape claims. She did not elaborate.

“When, for example, I spoke in the Italian parliament at the Committee on International Affairs, I heard and saw such fatigue from Ukraine, you know? I talked about terrible things in order to somehow push them to make the decisions that Ukraine and the Ukrainian people need,” she said this week, according to a translation ...Continue reading >>> 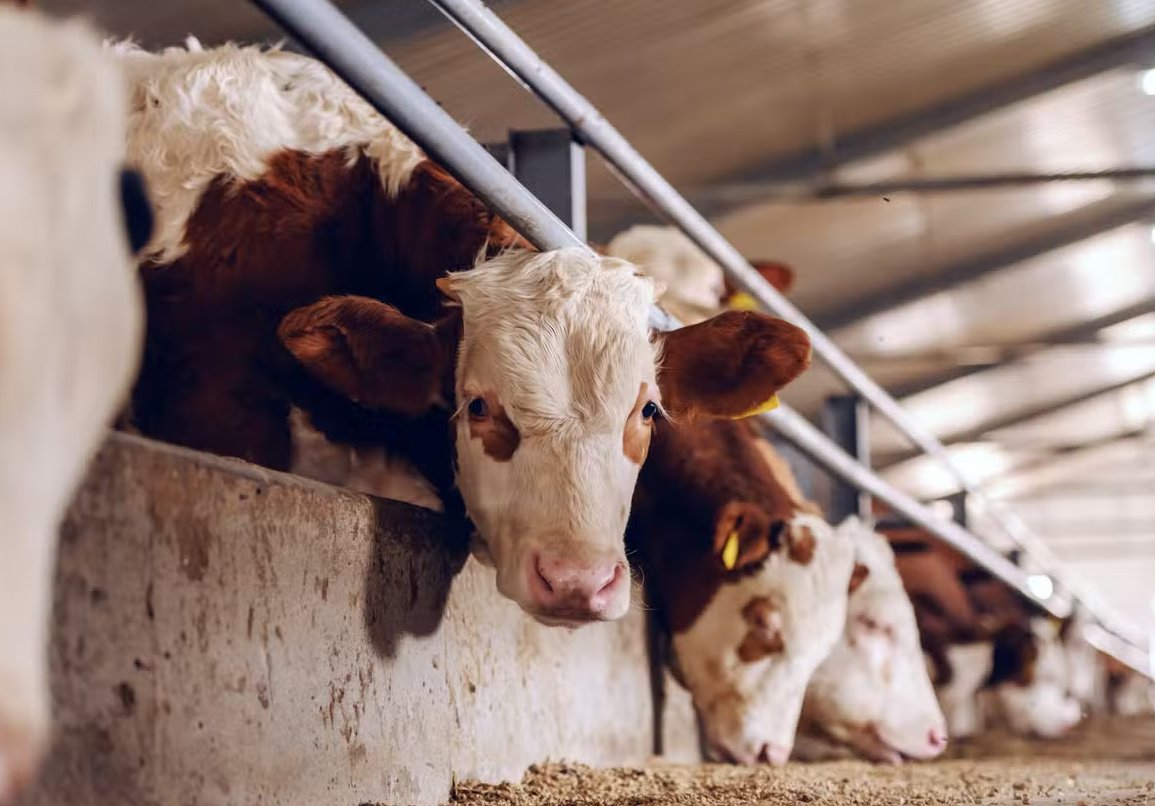 The Covid vaccines appear to be responsible for the emergence of a new, fast-acting form of the deadly neurodegenerative condition Creutzfeldt-Jakob disease (CJD), a study by a leading virologist has found. This is the disease one form of which in cows is Mad Cow disease and it is always fatal.

The findings appear in a pre-print study (not yet peer-reviewed) by world-renowned virologist and AIDS discoverer Dr. Luc Montagnier (who died in February), neurologist Dr. Claire Moret-Chalmin and Dr. Jean Claude Perez.

The study, titled “Towards the emergence of a new form of the neurodegenerative Creutzfeldt-Jakob disease: 26 cases of CJD declared a few days after a COVID-19 ‘vaccine’ jab“, reports in detail on 26 of the 50 cases of CJD reported in France and Europe which emerged “very soon after the injection of the first or second dose of Pfizer or Moderna vaccines”. The authors says this is unexpected as “usually this disease takes decades to manifest itself”.

“Why and how can this same fatal disease declare itself so quickly following these injections?” they ask, concluding it is “very likely that we are dealing here with a new form of Creutzfeldt-Jakob disease”.

by Lionel Shriver in The Spectator

Ms Shriver assesses recent research by the Pull Agency which that the public are heartily sick of woke adverts and find them off-putting and wonders how effective ads are in shaping public consciousness.

Stop! Don’t fast-forward. I love this advert!’ How often do you say that? Considering that some commercial breaks run to five minutes, not often enough. How about, ‘Oh no, not again, I can’t stand this advert’? Mm… nightly?

According to recent research by the Pull Agency, a brand consultancy, promotion that strains to impress consumers with a company’s progressive imprimatur is off-putting. You always suspected it, but now it’s official: woke advertising backfires.

In a survey of 2,000 representative Britons, 68 per cent of respondents were either ‘uneasy’ or ‘unsure’ about brands supporting fashionable left-wing causes such as climate change, BLM, LGBTQ+, diversity, equality, and female body confidence. Fifteen per cent would actively avoid purchasing the products of companies that publicly endorse those causes via ‘woke-washing’. To go out on a limb here, I’d venture that even the 32 per cent of respondents who claimed to want brands to posture politically in their promotions would rather watch Cravendale Milk’s hilarious 2011 advert ‘Cats with Thumbs’ than the trendily humourless Nike advert ten years later, in which a black lesbian student spurns the classics as representing ‘the patriarchy’ to celebrate ‘women of colour’ who ‘fight for social justice’.

When asked what companies should do to be socially responsible, 58 per cent of respondents ticked: ‘Pay their taxes, treat people fairly, respect the environment and not use it as a PR opportunity.’ In other words, rather than lecture us to behave well, behave well yourself; peddle your product, not your unconvincing high-mindedness.   Continue reading >>>
EXPLORE:
[Daily Stirrer] ... [ Our Page on on Substack ]... [Boggart Aboad] ... [  [ Ian Thorpe at Quora ]

UK Government says NO to referendum on WHO Pandemic Treaty!

The following has just been sent out to signatories of the petition demanding a referendum on the WHO Pandemic Treaty. As you can see it is a case of the Government knows best and the people do not have the right to have a say in it!

The Government has responded to the petition you signed – “Do not sign any WHO Pandemic Treaty unless it is approved via public referendum”.

To protect lives, the economy and future generations from future pandemics, the UK government supports a new legally-binding instrument to strengthen pandemic prevention, preparedness and response.

COVID-19 has demonstrated that no-one is safe until we are all safe, and that effective global cooperation is needed to better protect the UK and other countries around the world from the detrimental health, social and economic impacts of pandemics and other health threats. The UK supports a new international legally-binding instrument as part of a cooperative and comprehensive approach to pandemic prevention, preparedness and response.

At a World Health Assembly Special Session in late 2021, the 194 countries of the World Health Organization (WHO) agreed to launch a process to draft and negotiate a new instrument, through the auspices of WHO, to strengthen pandemic prevention, preparedness and response. The negotiating process will be led by member states, including the UK.

The instrument aims to improve how the world prevents, better prepares for, and responds to future disease outbreaks of pandemic potential at national, regional and global level. It would complement the existing international instruments which the UK has already agreed, such as the International Health Regulations. It would promote greater collective action and accountability.

A treaty is an international agreement concluded between States or with international organisations in written form and governed by international law. The UK is party to a large number of multilateral treaties, including many through the United Nations (UN) and its specialised agencies such as the WHO. These instruments reflect obligations states have agreed to enter into to further common goals.

Once adopted, the instrument would only become binding on the UK if and when the UK accepts (ratifies) it in accordance with its constitutional process. In the UK this requires the treaty to be laid before Parliament for a period of 21 sitting days before the Government can ratify it on behalf of the UK.

The Government always carefully considers whether domestic legislation will be required to implement the UK’s international obligations when negotiating a treaty. Not every treaty requires implementing legislation and it is too early to say if that would apply here. However, in all circumstances, the UK’s ability to exercise its sovereignty would remain unchanged and the UK would remain in control of any future domestic decisions about national restrictions or other measures.

If changes to UK law were considered necessary or appropriate to reflect obligations under the treaty, proposals for domestic legislation would go through the usual Parliamentary process and the UK would not ratify the treaty until domestic measures, agreed by Parliament, were in place.

This process of ratification allows scrutiny by elected representatives of both the treaty and any appropriate domestic legislation in accordance with the UK’s constitutional arrangements. The Government does not consider a referendum is necessary, appropriate or in keeping with precedent for such an agreement.

This petition has over 100,000 signatures. The Petitions Committee will consider it for a debate. They can also gather further evidence and press the government for action.