The Sweet Smell of Failure 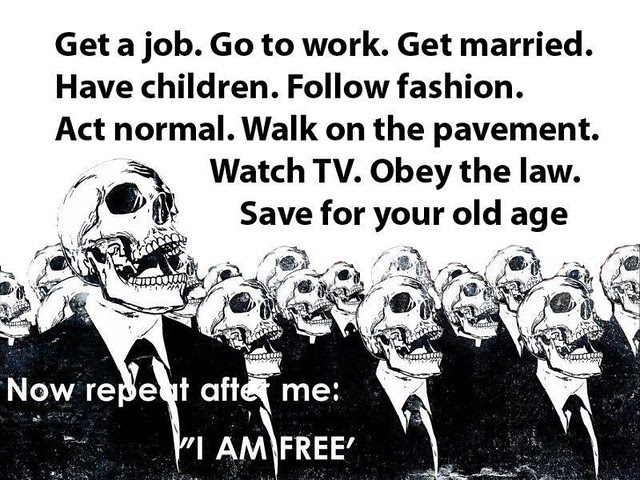 The fate of those who do not question authority (Source: Flickr)

The word “fail” should be deleted from the school vocabulary, and replaced with the term “deferred success”, according to members of the Professional Association of Teachers. Being told they were a failure can put children off education for the rest of their lives, they said. The idea is being put forward by two members at the union’s annual conference in Buxton, Derbyshire.

Well its nice to know after all these years I did not fail my school exams after all (my success was deferred some years but I ended up making exponentially more money than my teachers) but this story brings to mind a bizarre encounter a number of years ago. Meeting representatives of a potential client to discuss a consultancy project I was confronted with three suits, one of whom was American. The British people started off reasonably enough; "did you have a good trip down, jolly nice weather for the time of year" and blah blah. The American held a copy of my CV as it it was a piece of pre owned bog roll and went straight for the jugular. "Why did your further education come after several years out of the system?"

I told him I was not in love with the academic environment and wanted to get into work so I could afford to travel.
"But why did you not want to go through sixth form college and on to University?"
I answered truthfully, "Well I failed several examinations and so could not, even if I had wanted to."
Instead of asking why I had failed to which I could have answered "because I was bored out of my head at school having decided by the age of twelve than most of what they were trying to tech me was bollocks," he seized on the word "fail."

What he failed to understand was far from feeling inadequate at my failure to get into university after leaving school, I really didn't give a flying fuck. But I supposed someone who thinks to conform means the same as to succeed could never get their head round that attitude.

"Why do you consider yourself a failure, why do you feel inadequate because of this, do you reproach yourself for your early failures."

In the end I stood up. "Gentlemen," I said, "I used the word fail perfectly correctly in the context, only to suggest I did not pass certain test. As my CV shows I have enjoyed considerable success in my somewhat varied career since then and gained valuabe experience which I could bring to your project. This obsession with one word however demonstrates to me that you organisation is not ready to confront its difficulties and therefore I must terminate our meeting."

That incident shows not only that I am an arrogant bastard but also that we misunderstand the purpose of education if we seriously think it is to empower young people by giving them the ability to think for themselves. What is truly required of the education system by government and industry is that it creates a population conditioned to conform. As the old sixties T shirt slogan told us under a picture of a thuggish security man "You must never question authority."