The First Casualty? Bizarre report from Afghanistan by BBC 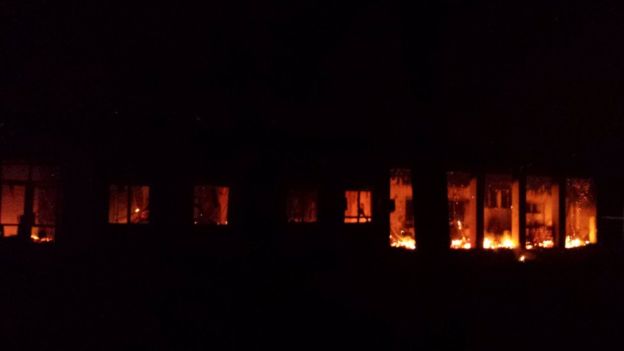 In war truth is always the first casualty, goes an old newspaper maxim. It still seems to hold true in this age of on the spot reporters, rolling news and citizen journalism.

In the ten years this blog has existed (and admittedly there has always been much more activity on our UK hosted site until we learned that blog engine will close at the end of the year) we have seen BBC News become less an impartial reporter of events in Britain and the world and more like the Ministry Of Truth, the propaganda department of the Big Brother Regime in George Orwell's 1984.

About the only people who believe BBC reports are politicians, tax - eaters (public sector workers, schoolteachers, academics, NHS managers and professionals and the luvvies of the meeja and celebrity industry) But occasionally even the BBC cannot cover up the truth in service of its corporate masters agenda. This report from Afghanistan on how the city of Kunduz, recently overrun by the resurgent Taliban and according to official reports, almost immediately won back by Afghan Government troops is an example:


Rights groups have expressed concern for the large numbers of civilians trapped in the Afghan city of Kunduz, amid fierce fighting between the Taliban and government troops.The government has accused the Taliban of raping and killing civilians after it seized the northern city this week. The Taliban rejected the accusations.

Both sides are claiming to be in control of much of the city.

But one resident of Kunduz told the BBC that he disputes the government's claims that the city has been retaken, saying he could see no evidence of government troops there.

So have The Taliban been kicked out of Kunduz, was there even a counter attack by government troops, did the Taliban even manage to gain control of the city? You guess is as good as ours. Everything you read or hear in news these days is carefully managed propaganda.