Cup - Bearer to the Celebs 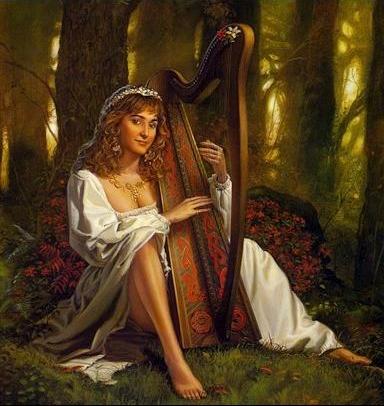 Hebe - looking rather rude in her Goddess of Youth role (if she really sits around like that she could make me young again), when cup bearing (or waitressing as it is now known) she sports a pair of wings. (Image source)
Mariah Carey would have us believe that she is a regular sort of girl who does not mind getting her hands dirty and not the egomaniacal diva some sections of the media suggest. Now there is a conspiracy theory that Hollywood has been part of a secret US government brainwashing program called MK Ultra which takes normal people and turns them into total arseholes whose obnoxiousness the media then manipulates us into admiring, but we would not subscribe to anything so outlandish, this is a respectable blog. On the other hand, it has been officially acknowledged MK Ultra did exist and the CIA and US Department Of Defense were involved.

So what does a regular sort of girl do when she goes into Starbucks? Well if she is in any way at all regular she does not take her cup-bearer along.

You might think that cup bearing is a profession that died out with the Olympian Gods of Ancient Greece. Gods are too important to lift cups to their own lips of course, so they had Hebe* who had previously been a herder of Peacocks, another profession for which there is not much call down at the local job - centre, and Ganymede, a beautiful young man, carried off by Zeus to replace Hebe as tastes in Olympia became more sophisticated (or less Arcadian and more Greek.)

A picture in this weekends' press shows Ms. Carey attended by her cup bearer who solicitously holds a polystyrene cup while La Donna Mariah sucks on a plastic straw.

One wonders what will be the next ego-inflating fad among the celeb culture? Who will be first to emulate King Henry VIII and appoint a Groom Of The Stool (or in the language of the street, a Royal Arse Wiper. I have it on good authority that the position was created before Henry got too fat to wipe. Presumably he was too busy sacking monasteries and topping his wives to bother with mundane tasks.

If Posh was too proud to push will she also be too weird to wipe. Will J-Lo appoint a cludgie assistant to work alongside the eyebrow assistant, the bikini line assistant and the moustache assistant (oops - that's another "cease and desist" on the way.)

Would I apply for the job of Mariah's arse wiper? Certainly not.

Now if it was Kate Winslet...


RELATED POSTS:
The Pretensions Of Pop Culture And The Death Of Intellect

... It’s part of a distressing pattern these days of overwrought commentary about popular culture. As well as Beyoncé thinkpieces there are the Stars Wars thinkpieces, of course, and the Lana Del Rey thinkpieces or, God help us, even Kanye West thinkpieces. Don’t get me started on the fact that “thinkpiece” is now treated as if it were a single word...

Science: The mind control project
The Flight From Freedom


Back to Contents table