No Go Zones For Whites In Swedish Cities 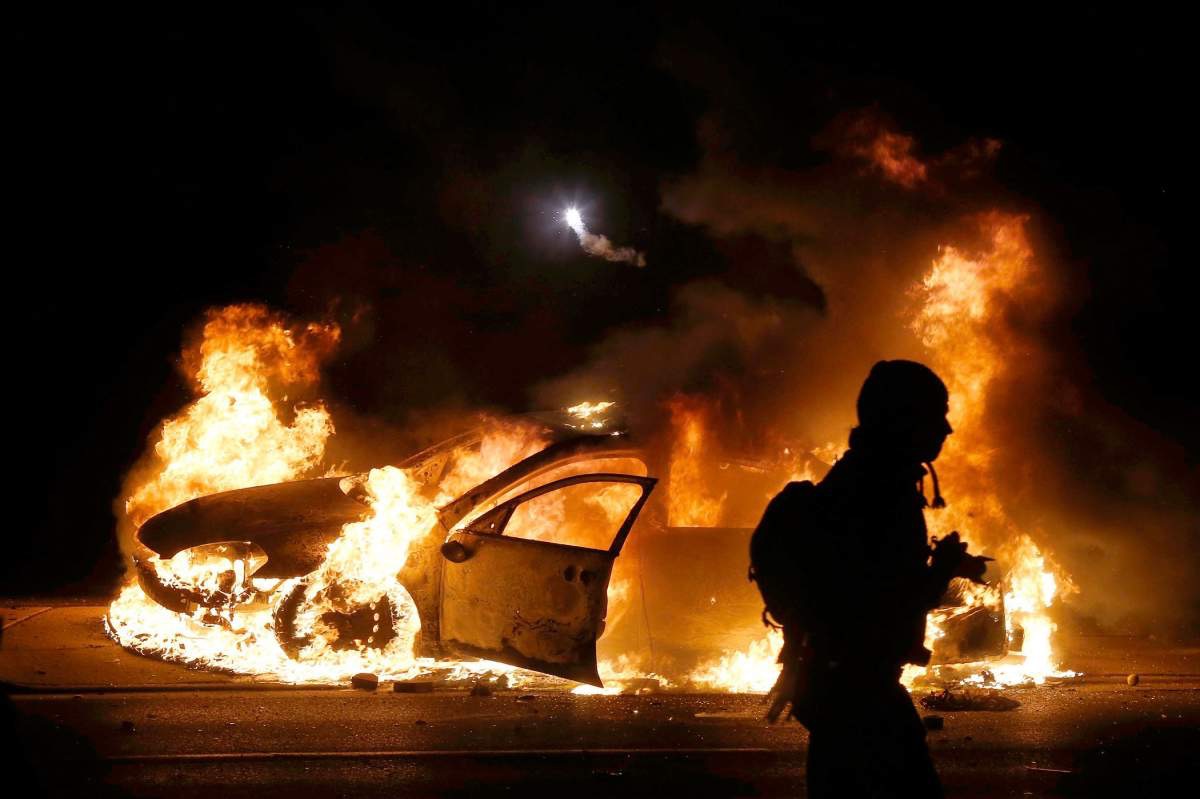 The issue of whether there are No-Go Zones in Europe or not has been somewhat controversial, mainly because the term has not had a clear-cut definition when applied to civilian cities.

The original term is military lingo for hot areas controlled by the enemy, where it is suicidal to venture without sufficient firepower to match that of the enemy. This describes the situation of police officers pretty well; you have to enter the area in force or stay out, since a lone patrol car WILL be attacked.

Jacob Ekström is a police officer working in these areas. He has this to say in the latest issue of Forsking & Framsteg, the premier scientific journal in Sweden:

“The situation is slipping from our grasp,” he says about infamous enclaves Tensta and Rinkeby. “If we’re in pursuit of a vehicle, it can evade us by driving to certain neighborhoods where a lone patrol car simply cannot follow, because we’ll get pelted by rocks and even face riots. These are No-Go Zones. We simply can’t go there.” [My bold]

The article goes on to chronicle the rapid rise in gun-related violence in a country that was essentially unarmed up until just 15 years ago, the evolution of criminal gangs and clans from the middle east as an alternative societal structure, and how the “exclusion areas” (i.e. ghettos) have grown from 3 in 1990 to 156 in 2006.

The reporter brought the status report by Ekström to Lars Korsell, researcher and head of the organized crime unit att the national crime prevention bureau.

“Yes, it is pretty sensational that there are enclaves where Swedish law no longer applies,” Korsell replied slowly and ponderously.

(We encourage you to read this article in Sweden's foremost scientific magazine, Forskning & Framsted using Google Translate or similar; it is sobering to get a comprehensive overview based on hard, solid facts and statistics. Swedish syntax is similar to English so though there will be a few irregularities the points made will be clear.)

Then there’s the religious interpretation of No-Go Zones. It is my understanding that parts of London, Paris and other major European cities with large Muslim populations have a shadow justice system based on Shariah Law. Posted signs prohibiting alcohol, music, revealing women’s clothes etc. enforced by volunteers patrolling the streets, sometimes even wearing vests bearing the name “Shariah Police”. 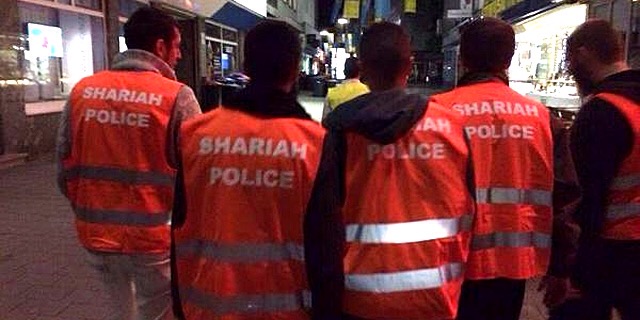 Sharia police - not yet seen in Sweden but on patrol in Muslim dominated areas of British, French and German cities.

Politically Correct Thinking Is A Threat To Free Speech