MK Ultra: Have You Surrendered Your Self Control 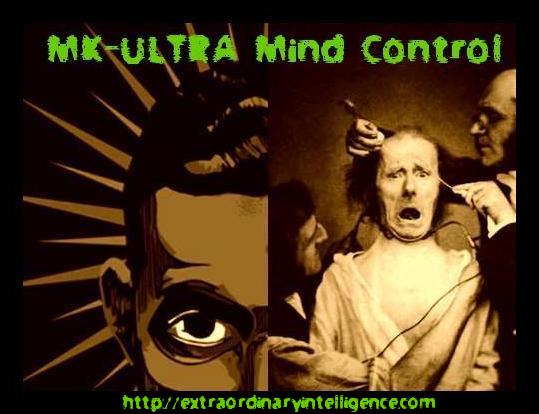 I have blogged several time specifically about the MK Ultra mind control programme begun in the 1950s by the US Government. This is no conspiracy theory, the existence of the program and its purpose has been admitted and is well documented , the programme was a series of illegal experiments in mind control run by the Scientific Intelligence in conjunction with the Special Operations Division of the US Military.

There is a very well sourced and referenced on MK Ultra at Wikipedia and many other sites cover it in great depth. Although as mentioned I have blogged about the topic several times it was always in the context of other suspected mind control techniques governments appeared to be deploying and usually in a tongue in cheek style. Nonetheless I was called a Conspiray Theorist by those brainwashed dorks who believe we ordinary punters should NEVER EVER QUESTION AUTHORITY.

What made me think of it today? Well all the hyperbolic propaganda for war on an enemy that does not really exist following the Paris terrorist outrage has made a lot of us 'conspiracy theorists' (we don't mind being called that, in fact it amuses us because on a long time line we are always proved to be right) aware that although nobody can prove claims the atrocity was a 'false flag' event, it has been siezed as an opportunity to spread fear and panic in order to remove civil liberties by France and other governments on the European mainland.

Released in 1984, Self Control rocked disco clubs around the world as ladies wearing big curly hair and shoulder pads danced frenetically with men wearing thick mustaches and majestic mullets. All of these beautiful people sang “I, I live among the creatures of the night” without realizing what it truly meant. They thought it was about a girl enjoying the nightlife – but that is only the face value.
The video of Self Control adds a significant layer to the song, one that is rather troubling. The singer is  stalked by a masked man, who eventually ends up shirtless in her bedroom. Combined with the MK symbolism peppered through the video, Self Control becomes a tribute to the occult elite, a promotion of its symbolism and a celebration of their most sadistic practice: Monarch mind control (if you’ve never heard of this, please read this article before continuing).
When the video was released in 1984, the music industry was beginning to adopt the music video as a promotional tool and Self Control was rather groundbreaking in its scope. It was also the first video to be directed by Oscar-winning director William Friedkin, the director of The Exorcist.
When hiring a director who is famous for terrorizing an entire generation with the story of a demon-possessed girl, a certain level of creepiness is expected. And Friedkin surely delivered. However, contrarily to The Exorcist, the most disturbing elements of Self Control are not in your face, but are instead implied through symbolism.

If you’ve read other articles on this site [Vigilant Citizen], you will probably find the symbolism easy to recognize, and even blatant. In short, it is a shameless celebration of the occult elite’s mind control agenda during an era when only a few people even knew these these things existed. Let’s look at the video.

Note the subliminal symbolism, the way the young woman is controlled and subjugated, and by the end of the five minute video appears to have been made totally dependent on her controller. Note the faceless people, note how the imagery depicts somebody disassociated from her world, and is the constant stream of propaganda not intended to disassociate us from reality. War is good for business as I have said many times, but 'we' are many, 'they' are few, and they must obtain our sipport for war. And so the fear factor must be whipped up.  And the best way to do that is by manufacturing an existential threat to our nation and way of life and using it to spread fear and panic throught the population..
Still believe it is all a conspiracy theory, or are you starting to wonder if there might be something in it>
Read the full article on Laura Branigan's Self Control and the twisted