Recently there has been an upsurge in support for political parties that promise to defend national sovereignty in European Union member states, and a public opinion backlash against the EU's 'open doors' immigration policy that has seen some European towns, cities and even smaller nations so inundated with new arrivals from outside the EU, undocumented travellers claiming they are refugees or asylum seekers (when in fact they are nothing but economic migrants and as such should go through the lengthy process of applying for residency visas and work permits, that infrastructures that have served stable and culturally homogeneous populations for decades are overwhelmed. 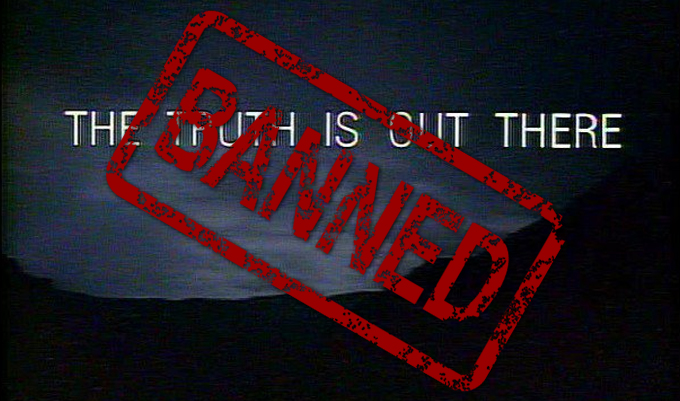 Putting aside history’s biggest frauds though, the driving force behind this authoritarian trend is the elite's paranoid fear of losing their grip on power because the masses are well informed enough to see through the deceptions, manipulation and bullshit. By suppressing their opponents ability to criticize government policy and performance, question dodgy 'science' such as climate change and genetically modified food crops or misleading statistics such as the figures which purport to show mass immigration improves economic performance, political elites and their media poodles aim to eliminate any alternative analysis and opinion.

A significant portion of the population are so brainwashed with the post - Marxist ideology of the politically correct consensus that the media only have to apply the completely open-ended, arbitrary, and usually incorrect label of "racist", "extremist", homophobic" or "Islamophobic" to the expression of perfectly reasonable ideas in everyday speech and public discourse and a dozen "left wing" hate - mobs will spring up in the streets and on social media. The powers that be want to wind back the clock, where a pre-internet, monolithic corporate media cartel held a monopoly on ideas.

Read much more on how the socialist government of France is using the Paris terror attacks of November 2015 to curtail citizens freedoms.


French President Hollande 'Finished'. How Much Longer Can Merkel Last
Hollande is facing the worst crisis in his political career as socialist party infighting reduces his government to chaos, his popularity rating plummets to an appalling 19 percent, and the migrant cirsis continues to escalate.

New German Government Smartphone Spyware Will Monitor Citizens’ Calls, Typing AND See Through Their Camera Lenses
The German Interior Ministry has revealed a new “Bundestrojaner” or government trojan horse software that will enable security agencies to track the smartphone activities of anyone who downloads it. We understand Chancellor Merkel's government has also adopted an “off the shelf” tool from a company which is said to help authoritarian regimes track their citizens ...
Politician Blasts Conviction For Speaking The Truth On Anti-Semitism In Europe

A Danish politician has been reprimanded for posting comments on Twitter about the-much-commented-on-in-mainstream-media resurgence of anti semitism in Europe. Apparently while hand wringing and breast beating about violent attacks on Jewish people and vandalising premises of Jewish owned businesses is fine, stating the absolutely effing obvious by linking the Europe migrant crisis to this new wave of anti Semitism is a criminal offence.