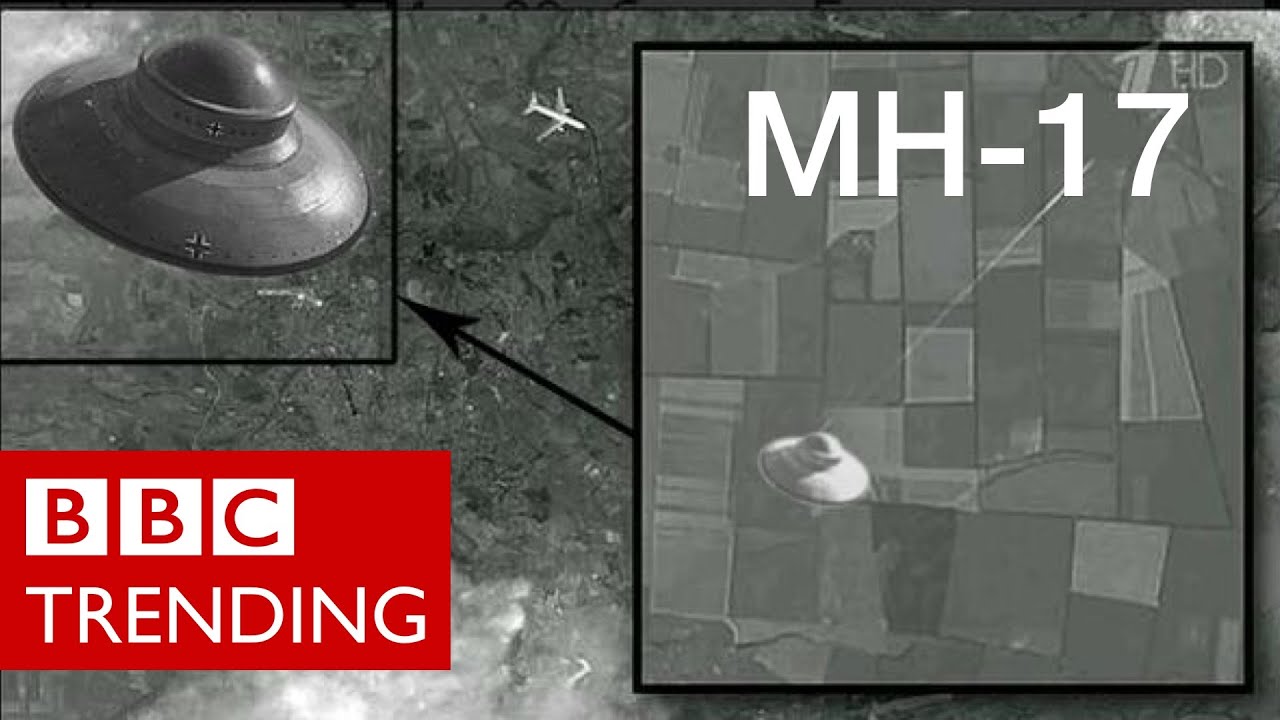 Not a real photo we suspect, but no crazier than most of the MH17 propaganda from Washington and Brussels
In the 21st century the US may be incapable of winning wars or even pursuing its own national interest but the media manipulation around the shoot-down of MH17 proves it is reaching new heights (or depths) in the art of perception management.

This article, by Ray McGovern originally appeared at Consortium News. The author is a retired CIA analyst of 27 years. He served as chief of the Soviet Foreign Policy Branch, and prepared and personally conducted early morning briefings of the President’s Daily Brief.


During a recent interview, I was asked to express my conclusions about the July 17, 2014 shoot-down of Malaysia Airlines Flight 17 over Ukraine, prompting me to take another hard look at Official Washington’s dubious claims – pointing the finger of blame at eastern Ukrainian rebels and Moscow – based on shaky evidence regarding who was responsible for this terrible tragedy.

Unlike serious professional investigative reporters, intelligence analysts often are required by policymakers to reach rapid judgments without the twin luxuries of enough time and conclusive evidence. Having spent almost 30 years in the business of intelligence analysis, I have faced that uncomfortable challenge more times than I wish to remember.

So, I know what it feels like to confront issues of considerable consequence like the shoot-down of MH-17 and the killing of 298 passengers and crew amid intense pressure to choreograph the judgments to the propagandistic music favored by senior officials who want the U.S. “enemy” – in this case, nuclear-armed Russia and its Western-demonized President Vladimir Putin – to somehow be responsible. In such situations, the easiest and safest (career-wise) move is to twirl your analysis to the preferred tune or at least sit this jig out.

But the trust-us-it-was-Putin marathon dance has now run for 13 months – and it’s getting tiresome to hear the P.R. people in the office of Director of National Intelligence James Clapper still claiming that the U.S. intelligence community has not revised or updated its analysis of the incident since July 22, 2014, just five days after the crash.

Back then, Clapper’s office, trying to back up Secretary of State John Kerry’s anti-Russian rush to judgment, cited very sketchy evidence – in both senses of the word – drawn heavily from “social media” accounts. Obviously, the high-priced and high-caliber U.S. intelligence community has learned much more about this very sensitive case since that time, but the administration won’t tell the American people and the world. The DNI’s office still refers inquiring reporters back to the outdated report from more than a year ago.

None of this behavior would make much sense if the later U.S. intelligence data supported the hasty finger-pointing toward Putin and the rebels. If more solid and persuasive intelligence corroborated those initial assumptions, you’d think U.S. government officials would be falling over themselves to leak the evidence and declare “we told you so.” And the DNI office’s claim that it doesn’t want to prejudice the MH-17 investigation doesn’t hold water either – since the initial rush to judgment did exactly that.

Those caveats notwithstanding I would say it is a safe bet that the hard technical intelligence evidence upon which professional intelligence analysts prefer to rely does not support Secretary of State Kerry’s unseemly rush to judgment in blaming the Russian side just three days after the shoot-down.

Nothing is ever what it seems to be, I learned that doing top level consultancy contracts for government departments. Deception is the name of the game. So what of Flight MH17, certainly the plane was shot down and our sympathies are with the families of the dead. But the game of finger pointing that followed was not about justice but political opportunism. And by playing a waiting game the Russsians are winning again.

Was The Missile Attack On Malaysia Airlines Flight 17 Over Ukraine A False Flag Event.

The downing of Malaysia Airlines Flight 17 over Ukraine shocked the world. A second disaster for the airline within six months involving the same type of aircraft? Those things are probably coincidence, but when we start to dig a little deeper, the conincidences are quickly stretched to breaking point. So as the conspiracy theories start to emerge we look at the bizarre train of events leading up to the disaster.

The Obama Administration continues to reiterate its narrative on what happened to Malaysia Airlines flight MH17 with more certainty (and often different details) every day, but there is a stark lack of evidence, beyond a handful of “authenticity could not be verified” images floating around on social media. With Russia denying the allegations, the US must have some really damning evidence to be so certain, right? Just so, insists the State Department, just don’t ask them to show any of it.

Whatever War Crimes Obama Accuses Russia Of You Can Bet America Has done It First.

World policitical leaders and media sycophants are lining up to condemn Russia for the dowing on Malaysia Airlines Flight MH17 over Ukraine. Here are a few snippets from our coverage:

Don't Call Me A Conspiracy Theorist

It has become the habit of the self styled 'progressive left' to shout conspiracy theorist whenever anybody very reasonably suggests they are being duped by the dark forces of corporate fascism, that their favoured brand of collectivism is not in any way liberal but in fact will lead to an oligarchic tyranny similar to the big brother regime depicted in George Orwell's novel Nineteen Eighty Four and that far from being theoretical, conspiracies are verey real and exercising much more influence on our lives than the unimaginative lefties would ever believe

The conspiracy of flight 370