We know that since World war Two ended governments have been engaged in experiments to control weather, they know we know, so why keep denying it. Repeated denials of projects like chemtrail spraying and HAARP have only spawned more, and more outlandish conspiracy theories. So what is going on? 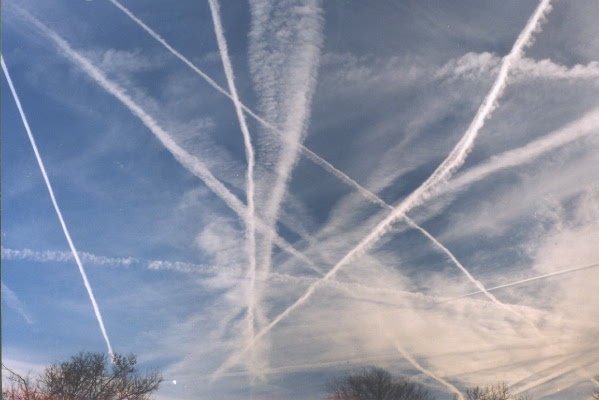 The evidence indicating the existence of a global weather modification project is overwhelming, and ham fisted attempts to cover up what has been going on has contributed to the collapse of trust in government, the scientific academy whose members' research will produce whatever results the customer has asked for, and mainstream media, which has abandoned its role of holding the powers that be to account and now slavishly parrots propaganda provided by government spin doctors. HAARP, the experiment using high frequency electro - magnetic pulses to affect weather was exposed a few years ago. Suspicions about the spraying of chemicals were harder to nail down.The evidence that government and scientists have consistently lied when answering questions on the topic may be reviewed in the book Chemtrails Exposed: A new Manhattan Project by Peter A Kirby.

The book suggests that plans for global weather modification project came out of the World War 2-era Manhattan Project. It is known that in 1952 British government experiments resulted in a flash flood which killed twenty eight people at Lynmouth, a small town in south west England. It emerged in 2002, when classified documents were released under the UK's 50 year law, that experiments in cloud seeding using silver iodine had been conducted in the area prior to the flood. For decades government and academics denied such experiments had been conducted. Such projects, like The Manhattan Project itself, were and still are enormous, top-secret military research projects. This poses many ethical problems for those working in the sciences. Manhattan Project scientists compared the power of atomic bombs to the power of storms countless times which was something of an understatement perhaps. Many eminent scientists who worked on Manhattan Project to build a nuclear bomb later went on to do work on weather modification experiments. Geoengineering researchers today have given testimony to Congressional hearings in the United States on projects calling for a new Manhattan Project that involves spraying us with stuff.

But nobody should run away with the idea this is just a 'blame America' article. The Russian and Chinese governments, along with the European Union and governments of India, Pakistan and Iran have admitted to running weather control projects.

Thus we begin to see how the military/industrial/academic complex created during WWII has promoted the development of technologies which have become integral to the efforts of a cartel of bankers, corporate investors, academics and political families to use fearmongering and propaganda to establish a case for a global, authoritarian, meritocratic government that populations will willingly accept as the only way of averting global catastrophe.

The 'conspiracy theorists' have won again as in the face of oerwhelming evidence, the use of chemical spraying in weather modification projects is admitted by governments.

“Maybe my fellow pilots will read or hear about this, and decide to come forward as well.”

State of the Nation
Finally, a military pilot steps forward and completely blows the lid off the unlawful and exceedingly destructive Global Chemtrail Program. What follows is a video which puts forth a true story about a courageous pilot who has broken ranks with his chemtrailing peers. In so doing he has risked his life and the life of his family. As you listen to this presentation, or read the text provided below, bear in mind that chemtrails are being sprayed 24/7 around the globe with terrible consequences.

For those uninitiated in the ways of atmospheric engineering, chemtrails are but one geoengineering technique that is being systematically used by the U.S. Military.  The following link provides an excellent overview of the geoengineering/chemtrail phenomenon, as well as an exceptional photo-doc.  After all, only seeing is believing … for most people!

CHEMTRAILS: A Planetary Catastrophe Created by Geoengineering (UPDATED)
No matter what the stated reasons are given to those who fly the chemtrail jets, they are always told by their superiors that this ongoing and illegal atmosphere-altering program is being conducted in the interest of

NATIONAL SECURITY.
You’ll notice that NATIONAL SECURITY appears crooked because the whole intention behind geoengineering is as dangerously misguided as it is deceptively false. The indiscriminate, wide-area and systematic spraying of toxic aerosols throughout the skies of the world couldn’t possibly have anything to do with ‘national security’.  Those that buy into such a ridiculous notion have obviously been either brainwashed or bribed into believing such an absurd and nonsensical agenda.

That’s precisely why this unprecedented exposé is so important.  Never before has anyone directly involved with the piloting of chemtrail airliners ever gone public.  Not only does “Blue Jay 1”, as he is known, go public, he completely blows the lid off of OPERATION INDIGO SKYFOLD.