This item is reported from an as yet unconfirmed report in German News Bulletins. 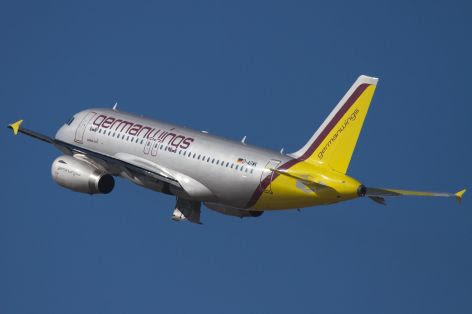 According to Michael Mannheimer, a writer for German PI-News, Germany now has its own 9/11, thanks to the convert to Islam, Andreas Lubitz.

Translation from German with Google Translate:

All evidence indicates that the copilot of Airbus machine in his six-months break during his training as a pilot in Germanwings, converted to Islam and subsequently either by the order of “radical”, ie. devout Muslims , or received the order from the book of terror, the Quran, on his own accord decided to carry out this mass murder.

As a radical mosque in Bremen is in the center of the investigation, in which the convert was staying often, it can be assumed that he – as Mohammed Atta, in the attack against New York – received his instructions directly from the immediate vicinity of the mosque.

Converts are the most important weapon of Islam. Because their resume do not suggests that they often are particularly violent Muslims. Thus Germany now has its own 9/11, but in a reduced form. And so it is clear that Islam is a terrorist organization that are in accordance with §129a of the Criminal Code to prohibit it and to investigate its followers. But nothing will happen.

One can bet that the apologists (media, politics, “Islamic Scholars”) will agree to assign this an act of a “mentally unstable” man, and you can bet that now, once again the mantra of how supposedly peaceful Islam is will continue. And worse still, the attacks by the left against those who have always warned against Islam, will be angrier and merciless.

RELATED POSTS:
Was Germanwings Disaster Pilot a convert to Islam Alps Air Crash - Another Bizarre Response From Washington
Posted by Boggart Blogger at 8:31 AM