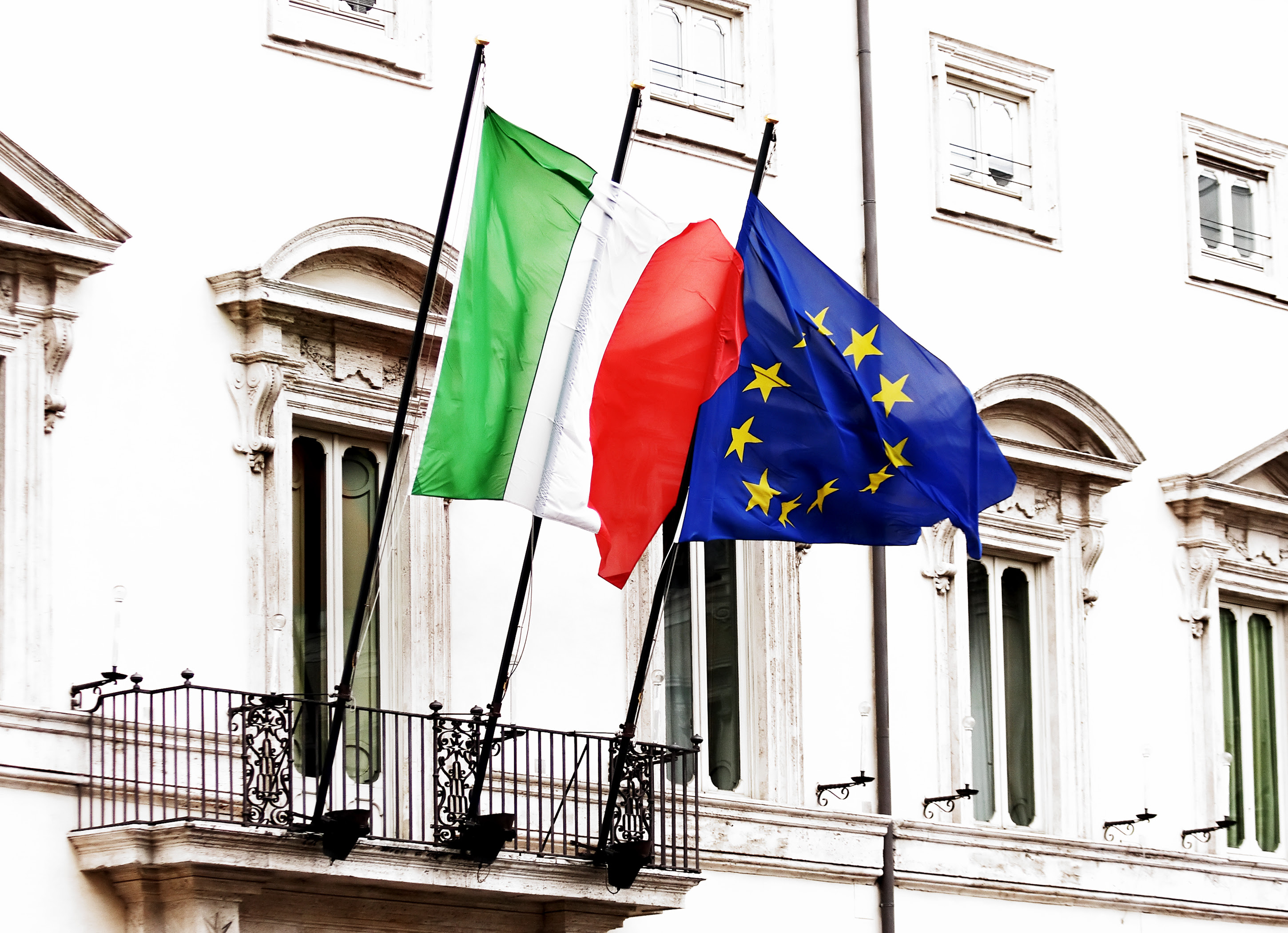 Quitaly? Will Italy follow Britain out of the EU?
Following Germany's petulant  refusal to allow Italy to breach Eurozone regulations, and pump up to €40 billion in new capital into its failing banks, Italy has another cunning  plan to bail out its insolvent banks. Reuters reports, the Italian government may have to inject capital directly into weaker banks to bolster their financial stability a government source said on Thursday, adding Italy's treasury was waiting for the results of stress tests being conducted by European banking authorities. The results of the tests are expected to be published at the beginning of the third quarter , i.e.
next week.

Reuters report Italian sources said the government was also working on a plan to increase the firepower of bank bailout fund Atlante, which was set up in April to help lenders raise cash and sell bad debt, by 3-5 billion euros ($3.34-5.57 billion) by the summer. The source said the government was in talks with private pension funds to seek additional contributions for Atlante.

Other contributions were expected to come from the state lender Cassa Depositi e Prestiti and from a public company called Societa per la Gestione di Attivita.

And then, surprisingly, the EU appears to have flipped when Reuters headlines emerged suggesting that Europe would provide up to €150 billion for Italian banks"
But...
Which, technically is none of them, but practically any bank can - after the sufficient non-GAAP adjustments - pass for solvent.

So is another major bank bailout event on the horizon? It appears so. And Italy may not be alone. In comments that were ignored by mainstream media yesterday, Germany's Schauble said that Portugal may soon need another bailout, saying "It would have to apply for a new program, which it would get. But the terms would be severe and it is not in Portugal's interests."

As Reuters reported, German Finance Minister Wolfgang Schaeuble pressed Portugal on Wednesday to stick to its European fiscal targets and said that if it were to apply for a new aid program the terms would be harsh. Portugal's left-leaning acting government (which was imposed after an anti EU coalition won the last election but was prevented by Brussels from taking power,) has set out to reverse its predecessor's austerity policies, aiming to grow its way out of trouble by boosting demand and set an example for other post-bailout euro zone countries. So far there is no sign of the policy working.

"Portugal would be making a big mistake if it does not stick to its commitments," Schaeuble told a news conference in Berlin.

Pressed by journalists, Schaeuble stressed that Portugal would not need a new aid program if it sticks to EU rules. "They (the Portuguese) don't want it (a new package) and they don't need it if they stick to the European rules," he said. Portugal insists it will meet this year's budget deficit target of 2.2 percent, which is half last year's gap, and that no new measures will be necessary after solid budget execution in the first five months of the year. Schuble is recognised as a world class idiot of course, and he is playing to his strengths in ignoring the fact that it was EU rules that destroyed Portugal's economy in the first place.

And on top of that huge pile of brown, smelly stuff heading towards the fan, there's this:

World's Most Systemically Dangerous Bank Crashes Back To Record Lows

And that happens to be Germany's biggest bank, Deutsche Bank. So what I mean about petulant. The Germans are playing at Billy big bollocks when dealing with bankrupt Italy and Portugal, but their own economy is not that much better off, thanks to Hausfrau - Volksfuhrer Merkel's idiotic open doors immigration policy.

Yet the war on cash goes on. The latest move is to encourage people to use their smartphone to do their online banking. My first reaction on reading this was, "They're having a laugh aren't they?" laptops and tablets are ridiculously easy to hijack, smartphones don't even need to be hacked, like tired old slappers whose sexual allure has gone south, but who still crave attention, they will offer themselves without needing to be asked.
Eurozone To Fail? George Soros Bets €100m AGAINST Deutsche Bank
Well We Have Been Warning You: European SUPERSTATE plan unveiled: EU nations 'to be merged into one' post-Brexit
Whining Brexit 'REMAIN' Supporters Too Dumb To Know They Were Duped Into Supporting Megarich Capitalists
BREXIT vs. GREXIT – The Truth About The European Union And How It Treats Members
EU Membership Vote in UK to Paralyze Decision Making
Greece's route out of Europe
Greece Drowns In Debt: ECB Plans For Grexit - Its SHTF Time
NEIN! Germany's Bild Comdemns Latest Greek Can Kicking Exercise
People Are Waking Up To The Fact That The European Union Is On The Fast Track To Fascism
Top Derivatives Analyst Warns The Controllers Are Ready to SHUT DOWN The Financial System
China and Russia Challenge US Dominated IMF
False Economy
Debt: The Developed World Has Lost Touch With Economic Reality
Believe The Phoney Narrative Or Be Branded a Conspiracy Theorist
The True Debt Disaster America Faces - Only A Fraction Of Government Debt Is Known To The Public


Eurozone To Fail? George Soros Bets €100m AGAINST Deutsche Bank
BREXIT vs. GREXIT â€“ The Truth About The European Union And How It Treats Members