Garry Trotter and the Portal of Pleasure #3 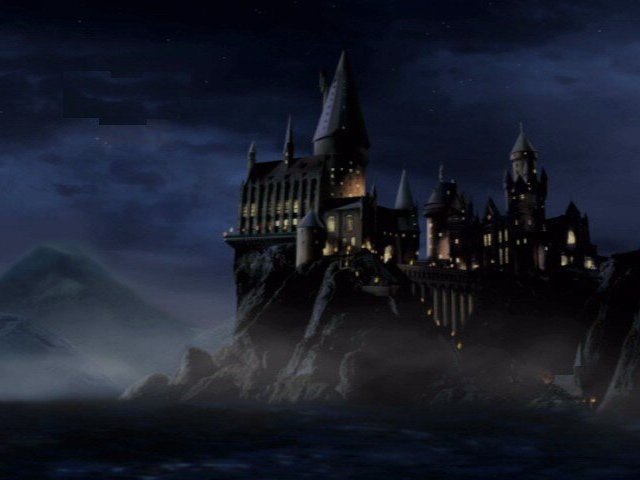 These stories make no sense unless you read them in order - Links to previous chapeters [#1] ... [#2]

It was almost exam time and Garry was supposed to be revising in his room. Instead of concentrating on The History of Wart Cures he was thinking about Briony and his wand was demanding attention. Throwing off his clothes Garry was about to get down to some serious work when he was distracted by a scratching, scuffing noise coming from beyond the end of the bed. Strange noises were not a strange occurrence in Swinlemoles and Garry tried to ignore it. But the noise got more persistent and was accompanied by a lot of huffing and puffing and grunting.
"What on Earth is going on?" the boy wizard asked nobody in particular and was surprised to get an answer.
"Just - puff - moving the - grunt - rung a bit Mr. - arrrrrooooogahoof - Garry," said the voice of Dobber the domestic gnome whose job was to look after the private room and its occupant.
That occupant now sat up to see what was really going on. Dobber's capacity for misunderstanding was legendary.
"Dobber, why are you moving the rug?"
"Dobber 'as found somefink what 'onerable Mr Garry will find interessin."
"Not now Dobber, I'm busy."
Dobber looked as if he was about to burst into tears. "Oh woe is Dobber, Dobber has been bad gnome and disturbed 'onerable Mr Garry just as great wizard was about to spank the monkey. But Dobber only wanted 'elp Mr Garry get a peep at Miss Briny wivvout clotheses."
"What!" said Garry, leaping forward to help the gnome. Together they pulled the rug aside and Dobber pointed proudly to a knothole in the floor and indicated that Garry should look through it. When he did so he was treated to a view of Briony naked and about to step into the shower.
Later in the girls dormitory Briony confided to Titania Hemlock that she thought there was a heavy breather ghost in the girls' showers.
It was a while before Garry understood what had been revealed. There was nothing in the school library of volumes on wizardry, witchcraft, potions and enchantments about young wizards getting hair around their private bits. Just as he was growing a patch of hair around his willie, Briony, who did not have a willie of course, sported a dark triangle at the place where her body joined her legs. Eventually Garry had had to use the Cloak of Invisibility left for him by his parents to slip out of school and into the dimension of reality. Once there he had visited a muggle shop that had the windows painted so nobody could see inside and a sign that said "Adult Book Shop" before he found anything useful.
Inside the shop were thousands of books showing male and female muggles without clothes. All of them had the strange hair that he and Briony now sported. He also noticed that the men all had moustaches. Horror of Horrors, he and Briony were turning into Muggles. They would be expelled from school and have to give back their broomsticks and get jobs in fast food restaurants. Who could possibly hate them enough to have done this.
Despite the spotty young man behind the counter becoming very panicky when he saw his stock lifting itself off the shelves, thumbing through its own pages and then disappearing as Garry slipped books that he fancied under the cloak of invisibility, nothing was done to stop him and he strolled out of the shop with a lot of valuable research material.
Later in his room Garry had time to study the literature properly. All the muggle ladies had hair, but some just had a little tuft called a Brazilian and others had narrow line called a landing strip. Garry supposed it was where muggle men tried to land their broomsticks. One woman whose pictures were in several books had a heart shaped patch of pink hair. Garry thought that was quite artistic and then decided that Briony had chosen a triangle because it was a powerful magical symbol. Briony was great at defensive magic, she would have been quick to realise something was going on and protect herself. But how could Garry ask for her help. He could not even talk to her without blushing these days. It was impossible to get near the girl wizard without feeling embarrassed so mentioning such a delicate subject was out of the question.
And then, as he studied the muggle books he though of how he had acquired them and a brilliant idea came to him.


Go to next Chapter

Garry Trotter and the Portal of Pleasure #2 (adult humour)

Garry Trotter and the Portal Of Pleasure - chapter 2


These spoofs make no sense unless you read them in order. Go to Chapter 1

A few days after the evil enchantment had fallen upon Garry Mrs Vorbis the school housekeeper was complaining to the headmaster.

"Bedsheets stuck fast together again this morning Professor. It just isn't good enough, you know how much extra laundry that sort of thing causes. Everything has to be done by hand, you have to take care with Wizard's jiz; can't just go waving a wand."

"Unfortunately that is what young Trotter has been doing."

Mrs Vorbis was one of those humourless women who did not see the funny side of anything, especially if it concerned boy's underwear or bedlinen. "I can't just go zapping semen, into another dimension you know, its not like seamen, they are always disappearing into the triangle, but semen you have to be careful with. If I was to banish wizard seed into another dimension just like that we should have hidden forests full of pregnant nymphs and fairies."

"Come now? Young Trotter has been doing enough of that for the whole school, staff included I should say."

"I merely meant to ask you to show a little tolerance. Boys will be boys."

"Not on my clean bed linen they won't. That sort of thing needs to be trodden on before it gets out of hand. We shall have pregnant fairies turning up on the Tricia show before we know where we are."

Humblebore tried to recall if he had seen a pregnant fairy on the Tricia show but could not. Jerry Springer maybe, but that was America. "I shall see Trotter today before he shoots off to Futtox practice," the Headmaster promised.

Professor Rebus Humblebore adjusted his spectacles and looked in a stern but not unkind way at Garry.

"Hmm. It seems young Trotter that you have reached a point…"

"That is SO UNFAIR! Nobody understands me, I get the blame for everything around here. You spread stories about me and make everybody hate me…"

"Trotter! That is quite enough, now as I was saying…"

"I don't care what you were saying. I don't want to listen to you, I didn't ask to come to this stupid school. Witches and Wizards, that's kids stuff."

"As I was saying Garry, we feel you have reached the point at which you might welcome the privacy of a single room."

"What? Do you think I'm Billy No Mates saddo or something? Do you think I want to sit on my own studying every night? You don't want me to have any friends, you are destroying my life."

"Now listen Garry," Humblebore said patiently, "we just want to do what is best for you. I have heard that certain things are happening that indicate you are ready for a more - er - grown up environment. At some time every young man's body begins to change, certain things happen and he gets urges that may be quite upsetting."

Garry blushed deeply. How had Humblebore known the embarrassing nature of his problem.

"I just want to stay in the dorm and be one of the chaps."

"As you wish, but if you change your mind I'll be happy to arrange a private room for you."

As Garry left the Professor sighed. Things were going to get difficult.

A few days later Garry was alone in his private room. He lay naked on top of the bedcovers, head propped up with extra pillows so that he could look down at his body which had become a source of fascination. Garry was frightened and embarrassed at what was happening to him, but also excited. Something dark and powerful had entered his life and was working its enchantment on him. His magic wand, as the Swinemoles boys liked to call their todger, was getting longer and thicker, also there was a dark smudge of curly hair growing around its base.

As he looked at his magic wand it became suffused with cosmic energy again. Absent - mindedly he began to stroke it so that it would relax, as he did so his thoughts turned to Briony.

Suddenly the school swat had ceased to be just a girl, a good sort though far more sensible than was necessary and absolutely hopeless at the school sport Futtox. Since the spell had first manifested itself Garry had started to find her interesting in different ways. He no longer wanted to talk to her about spells and potions, if fact he could hardly talk to her at all, he just blushed and got an erection. But he had started to find her interesting in strange ways and strange places. Her legs and bottom were interesting and those lumpy bits that had appeared under her sweater, they were magic. Not in the wizarding sense of course, but magic all the same.

Don Beesley said they were just two bags of sweets that Briony did not want to share. Don could be childishly idiotic at times.

Garry wondered what the things on Briony's chest were and tried to think of a way he could cop a look.
IN TOMORROW'S THRILLING INSTALMENT GARRY PUT HIS PLAN INTO ACTION AND HUMBLEBORE IS AFRAID THE BOY WIZARD IS BEING DESTROYED BY MUGGLE INFLUENCES.

Go to next Chapter