Cluedo: It Was Gordon Brown In The Surgery With A Spreadsheet. 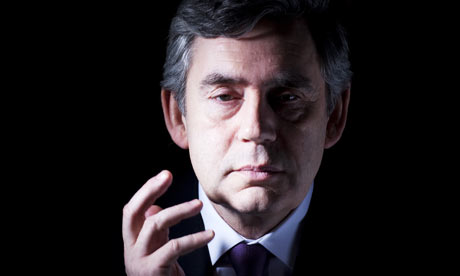 Gordon Brown - Prime Minister from The Dark Side (Image source)
Not so long ago Machiavelli blog commented on the planned closures of A & E units and specialist children's facilities as part of the Governments drove to "make the NHS more efficient and give patients more choice." We thought nothing the Department of Health And Bean Counting could do would leave us more gobsmacked than a blatant attack on sick children.

While not having attained the highest level these doctors will be specialists in their field and will have daily briefings with their supervisors during which concerns can be raised.

Can we really believe that a G.P. no matter how competent and committed can deal with orthopaedic, cardio-vascular, neurological and oncological cases all in the same day. And if that were realistic, are G.Ps not under enough pressure already from the workload imposed by ever more demanding patients and an implacable bureaucracy?

The Government counters all logical arguments by citing cost, efficiency and "the widening of patients choice" as its justifications. What is really going on however is the withdrawal of an important layer of patient care and an important learning process from the next generation of doctors.

And this LABOUR government led by Prime Minister Gordon Brown, the man who murdered the British economy (in the study, with a spreadsheet) has the gall to tell us they are doing us a favour by making it possible for us to choose in which dirty, cash strapped hospital we get third rate care from inadequately trained staff. And the most scary thing of all about it is thirty per cent of the electorate would still vote for them.

A Lament For The World
Posted by Boggart Blogger at 10:27 AM No comments: