Ukraine President Has Tripled His Wealth While In Office (video) 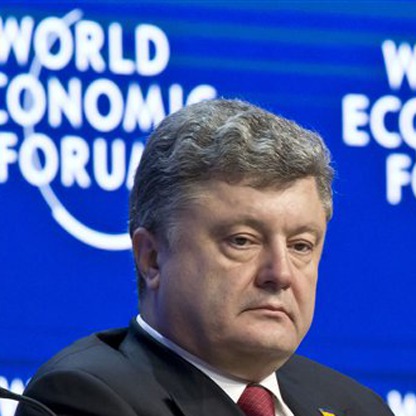 Ukraine is in a mess, the civil conflict between the Kiev government's troops and Donbass separatists who want to join the Russian speaking eastern province with Russia goes on, with sporadic outbreaks of violence. The economy is in tatters, unemployment and inflation are out of control and many Ukrainians cannot afford basics like food and energy.

As usual however the crisis is not affecting the wealthy elite. According to Petro Poroshenko’s income declaration he earned almost 3 times more money during his year in power than previously. His chocolate business is growing despite an election promise to sell it.’

People in Ukraine are well aware of how the chocolate oligarch is enriching his allues as he tightens his grip on power in the country. Radio Free Europe/Radio Liberty has focused its ire on President Poroshenko, advising him to take his own medicine: it published a report revealing how he used presidential influence to quietly appropriate historic sites and bury subsequent investigations.

The US-funded Radio Free Europe/Radio Liberty (RFE/RL) has dug into President Poroshenko’s misuse of his presidential power. The revelations come as Poroshenko, soon to mark his first year in office, faces growing criticism, both within the country and abroad, for his failure to address economic problems and his cosy relationships with borderline criminal businessmen.

This YouTube video exposes in more detail Poreschenko's failings and the breakdown of Ukrainian society.

Ukraine rebellion that put Poreschenko in power was orchestrated by USA

The horror of Ukraine's civil war with breakaway Donbass

USA tried to use war in Ukraine to save the Petrodollar