Did Saudi Arabia Just Announce Its Intention To Invade Syria And Iraq? 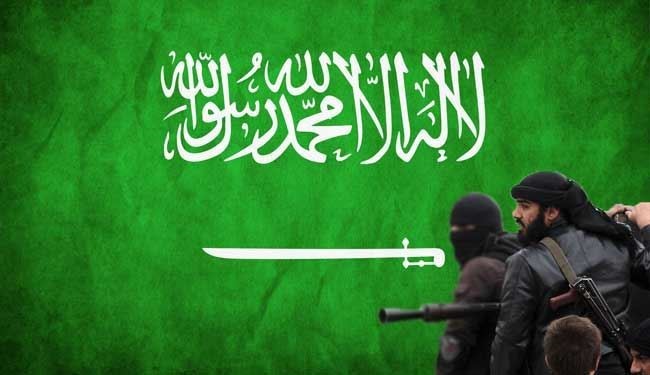 If you didn't know already that Saudi Arabia and Qatar, Washington’s closest allies in the Middle East, have, along with the USA, been funding, arming, and supporting Sunni extremists (including ISIS and Al Qaeda) that are acting as US proxies in the bid to depose President Assad in Syria, you just haven't been reading alternative news sites. And if you have been relying on mainstream media for information, you don't have a clue what is going on. The Saudis have been working to destabilize Syria, the Shi'ite government of Iraq and other Shia and secular Muslim dominated regimes, including Iran, for years.

The fact that Tashfeen Malik, one of the San Bernadiono terrorists, spent 25 years in Saudi Arabia living with a father who, according to family members adopted an increasingly hardline ideology as time went on (Reuters), underscores the fact that the puritanical, ultra orthodox belief system promoted by the Saudis is poisonous. That’s not a critique of Islam. It’s a critique of Wahhabism and the effect it has on the minds of those who are inculcated by Saudi culture.

For years since 9/11, U.S. and Western officials have mostly looked the other way at all this ideological support for extremism: Saudi oil was just too important to the global economy, even though many of these Saudi petro-dollars were underwriting repression at home and the growth of Salafist fundamentalism abroad.

This support for radicalism abroad should come as little surprise given that Islamic State is an ideological cousin of Saudi Arabia’s own state-sponsored extremist Wahhabi sect—which the country has spent more than $10 billion to promote worldwide through charitable organizations like the World Assembly of Muslim Youth. The country will continue to export extremism as long as it practices the same policies at home.

Kamel Daoud, in an article for The New York Times "Saudi Arabia: An ISIS That Has Made It",writes:

Black Daesh, white Daesh. The former slits throats, kills, stones, cuts off hands, destroys humanity’s common heritage and despises archaeology, women and non-Muslims. The latter is better dressed and neater but does the same things. The Islamic State; Saudi Arabia. In its struggle against terrorism, the West wages war on one, but shakes hands with the other. This is a mechanism of denial, and denial has a price: preserving the famous strategic alliance with Saudi Arabia at the risk of forgetting that the kingdom also relies on an alliance with a religious clergy that produces, legitimizes, spreads, preaches and defends Wahhabism, the ultra-puritanical form of Islam that Daesh feeds on.

That's right ladies and gentlemen, you need no longer fear attacks from Sunni extremists outside the USA, because your government, led by the Saudi puppet Barack Hussein Obama (the clue was always in the name) has invited Sunni extremists into your country and they are in the streets of your towns and cities now.
But it gets better. Much better.

Countries with Sunni Muslim dominated regimes have decided on the formation of a military alliance led by Saudi Arabia to fight terrorism, with a joint operations center based in Riyadh to coordinate and support military operations, a statement issued yesterday by state-run SPA said.

The countries involved of course include Turkey and Qatar. Qatar is a well known sponsor of extremist groups battling in Syria. And Turkey has recently outed itself as a sponsor of ISIS by reacting violently to Russia's boming road convoys transporting oil from ISIS territory to Turkey and weapons from Turkey through Syria to ISIS.

Even mainstream media has been forced to concede that Turkey and Saudi Arabia are apparently ready to send ground forces to the Syrian battlefield as Assad's forces, backed by Russian air power and Iranian elite troops but continue to grind down ISIS forces equipped with US made arms and ammunition via Saudi Arabia and funded by Turkey's illegal oil trade with the terrorist group.

Not only have Hypocrite David Cameron's government been caught out giving technical support to the appalling Saudi Arabian regime of head amputators, The House Of Saud, they are very eager to sell armaments to the regimes which violates human rights in ways even Pol Pot could not imagine.Russian Navy Clashes With Turkish vessel On Collision Course
Iran backed Shia militias threaten Turkey over incursion
The United Islamic States Of America Plans To Send 100,000 Troops Into Syria In yet another display of the fascism and bigotry that is the hallmark of left wing politics, a British mother has who objected to her daughter’s school imposing LGBT awareness week on its pupils has attracted the full force of liberal hate mob's anger, being labelled ‘extremeist’ and made the subject of a witch hunt on Social media.

The pupils at King Solomon High School were given rainbow badges to wear, and were told to dress in rainbow coloured clothes to promote awareness of homosexuality. lesbianism, bisexuality and transgenderism. Anna Erickson-Hull, an evangelical Christian took to Facebook to make public her objections to this blatant piece of political propaganda by schoolteachers after her daughter Lily returned home from sixth form wearing one.

Anna wrote on the social media site: “You cannot force this filth on children…It is not lesbian, gay, bisexual and transgender week in my house, we will be serving the Lord as usual and NOT promoting sin so KS High School, you can keep your abomination badge,” following up her comment by quoting 1 Corinthians 6:9-10 – “do you not know that wrongdoers will not inherit the kingdom of God? Do not be deceived…”

In the comments she went on to explain: “Apparently all children from age 11+ were given one of these [badges] and told if they do not wear it they will have to sit detention after school.” A tad extreme maybe, but no more so than the Cultiral Marxist extremist of the indoctrinated idiots who are hired as schoolteachers these days.

The school’s deputy head, Sam Walters, alluded to the government’s guidelines on “British values” during his defence of the LGBT week, saying “As a school, we have a duty to prepare our students for life in modern Britain.” It's a pity this neo - fascist fuckwit does not understand worship of turd burglars, rug muncher, flippers and snip-and-tuck freaks is not a British value. Tolerance is a British value but we don't have to be given lessons in how wonderful certain sexual preferences are in order to tolerate. We can tolerate that of which we disapprove. I disapprove of school teachers who take their political prejudices into the classroom, but would not have them beheaded, whipped or stoned to death.

As well as wearing the badges and rainbow clothing, the children were encouraged to celebrate “freedom”, “equality”, “gay pride” and “gay rights”. Again these are highly subjective areas and the school is guilty of indoctrination. Telling pupils they must celebrate things such as gay pride and gay rights is nothing to do with equality, it is setting up gays and lesbians as people worthy of special treatment.

Andrea Williams, chief executive of Christian Concern, said of the facebook post and the hate mob reaction to it:

"We need to wake up and realise how blatantly the LGBT agenda is being imposed on children in schools. It is promoted as tolerance, but this incident highlights how intolerant it really is. Children are being encouraged not only to accept but to celebrate sexual behaviour that is contrary to biblical teaching. How is that consistent with freedom of religion?

Christian parents need to contact their children’s schools and find out where they stand on these issues."

But the post was quickly seized upon by the media, who portrayed Anna as a Christian radical while praising Facebook users and other parents at the school for attacking her. The story is further evidence of the education system being used to indoctrinate children into the liberal politically correct agenda.

We note after some research there is no record of LGBT awareness weeks being forced on children in Britain's Islamic faith schools. In order for talk of 'celebrating equality' to have any credinility, surely the authorities should ensure Gay BLT awareness is taught in Muslim schools. If muslim parent are to be allowed to opt out of such lessons for their children then, in the name of equality,Christian parents must have the same right.

This blog is not a supporter of evangelical Christianity, or of any religion but we do support equality, individual choice and freedom of speech.