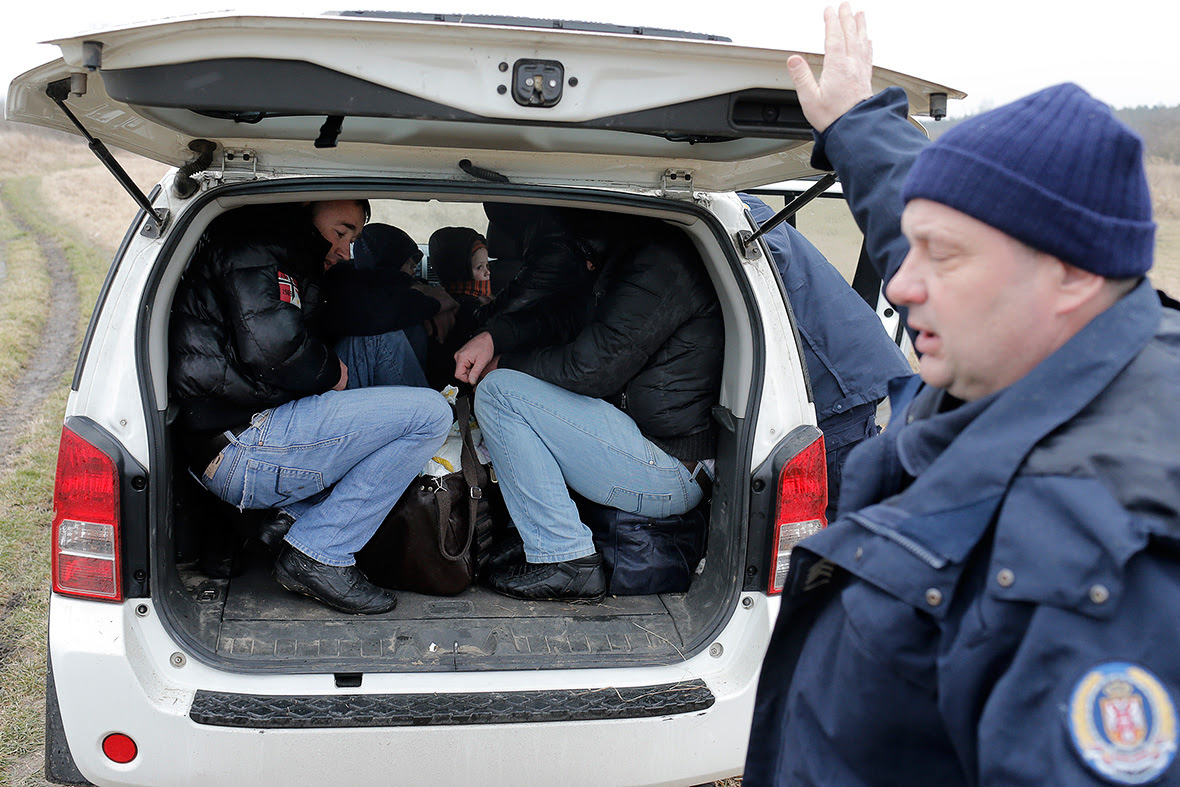 Free movement of people within the European union would be a fine thing if the borders of EU nations were reasonably secure. It would be impossible to prevent illegal border crossings totally but that does not mean we should give up altogether. A global nation with no border controls is one of the sacred cows of the elite cultural Marxists who run the EU of course.


A sacred cow, because EU cultural Marxism demands of member nations an all embracing welfare state and socialized healthcare. And both of those are totally incompatible with globalization and open borders. What is going on now, on the Italian island of Lampedusa (reported elsewhere in this document) and along Hungary's border with Serbia, in effect the border between the relative prosperity of the EU and the poverty and instability of the Balkans, illustrates the problem very clearly.

So far this year (and it is only March 1 as I write), tens of thousands of migrants from the Middle East, Africa and Kosovo have been massing on Serbia’s border with Hungary, hoping to cross illegally into the European Union nation and flee west to a better life. Many have been on the road for months, having paid their life savings to people trafficking criminals, even prostituted themselves, in order to be herded into goods containers for the journey to a promise of a promised land where money is free. Exhausted, hungry and cold, they must walk over rough terrain for miles because the traffickers will not risk going too close to the trigger happy border guards.

What little these people have is carried in plastic bags. They camp in abandoned homes, followed by stray dogs hoping to snag a morsel.

It is all so reminiscent of the problem of would be migrants to Europe massing on Libya's Mediterranean coast.

Sometimes the migrants camp in the border area for days, hiding amid the crops, playing hide and seek with border patrols. Graffiti in Arabic, torn transit papers, ragged shirts and garbage litter the fields.
Serbian and Hungarian border teams carry night-vision equipment as they patrol the border night and day. The situation has deteriorated quickly probably for reasons too complex to analyse. It is now so serious that German police have recently been sent to the area to strengthen the border policing. Hungary is part of the European Union’s Schengen passport-free travel zone so once inside many migrants are aiming to reach Germany, the UK (which is not in the zone so undocumented migrants face another high risk crossing from Calais to the English channel ports) and wealthier EU nations.

In Calais, a border guard summed up the futility of trying to protect the borders when he said, "we pop them back over the fence, but they will return later." Pop them back over the fence. Why are we bothering at all? Why waste our money and their time with this pantomime? Why not just hand out the British passports at Calais from a fairground booth, no questions asked? We all know and they all know they are going to get them in the end when Labour get back in power.

Some reporters have suggested the Hungarian problem is Serbia's revenge against NATO countries for the atrocities committed by the USA and NATO in that country during the 1990s, after Yugoslavia was broken up.

Groups of five or six migrants walk furtively along the highway or the rail tracks in Serbia, hoping to find a safe place to cross. The Serbs are glad to see them go, Serbia is not an EU nation and has no bureaucratic rules imposed from outside its national borders that force the authorities to take care of migrants. As far as the Serbian authorities are concerned these people are just trouble.
If they are caught crossing the border, they are either deported to Macedonia from where most enter Serbia, or they seek asylum in Serbia, which buys them more time. Others make it across only to run into Hungarian authorities — some 25,000 migrants have been detained in Hungary so far this year alone, compared to nearly 45,000 last year.

This week, a van packed with more than 40 migrants swerved off the road in southern Serbia, injuring half of them, some seriously. The driver ran away. We have told similar stories of Africans being dumped in the desert as they headed for Spanish enclaves on the Moroccan coast, or being abandoned at sea as the unseaworthy craft they had been put in were approached by Italian coastguards.

The EU wants to bring in 50 million Africans, Arabs and Turks in the next 30 years. This is an official policy, they want borders to be open and they want none European people to come. As Berthold Brecht put it, if the government dislikes the people, it has to "dissolve" them; to replace the English, French, Dutch and German who (with a few unfortunate interruptions) have resisted authoritarian rule, with people from Eastern Europe, the Middle East and Africa who think that corruption and dictatorship are the norm and will not complain about EU bureaucratic authoritarianism as long as they get 'free money'.


EU Coastal Mission Prepares For Record Year Of African Refugees
As numbers of illegal migrants trying to cross the Mediterranean in flimsy, unseaworthy boats continues to rise, the European Union’s largest border operation, patrolling the coasts of Italy, Greece, the Adriatic France and Spain, making plans for coping with people rescued from the sea or from unseaworthy boats abandoned by the criminal gangs who operate the people trafficking racket.


New Waves of Migrants Could Hit Britain’s Shores As Germany Introduces More Lax Border Control
Germany will shortly approve the inclusion of Bulgaria and Romania to the passport-free Schengen area, Once anyone crosses the frontiers of these borderline third world failed states, it is passport free travel all the way to Calais where thousands of undocumented migrants from eastern Europe, the middle east and Africa are already massed, hoping for an opportunity to cross the channel and illegally entr Britain. Europe extended into African and middle east
Europe's crazy obsession with human rights (for everyone except loyal citizens)
Immigration burden is destroying the EU
Europe talks of smart border, they mean no borders at all
Immigration: traffickers offer a promised land
Immigration and benefits - economic reality
Latest Posts