Russian Kashin class destroyer
One day dear readers, and we feel that day cannot now be far off, you will log in to learn that it has all kicked off between the real NATO military powers and the Russia / China / Iran bloc in the middle east. This latest skirmush, reported below represents another inch moved towards full scale conflict.

The incident took place in the Aegean Sea, a branch of the Mediterranean between Turkey and The Balkans

A statement from Russia's Defense Ministry read that "the crew of the Russian Navy patrol ship Smetlivy which was located 22 kilometres from the Greek island of Lemnos in the northern part of the Aegean Sea avoided collision with a Turkish purse seine fishing boat. The text of the Russian Defense Ministry's statement read: the crew of the Russian "Smetlivy" destroyer was forced to use firearms on Sunday to prevent a collision with a Turkish purse-seine fishing vessel. Turkey's version of events corresponds with the Russian statement, with Hurriyet reporting that "a Russian warship had to fire warning shots at a Turkish vessel in the Aegean Sea to avoid collision.

The crew of the Kashin-class destroyer Smetlivy sighted a Turkish fishing boat some 1,000 meters from the Russian warship early on Sunday morning, the ministry said. The ship was sailing towards the destroyer and ignored calls for radio contact and other attempts to communicate. 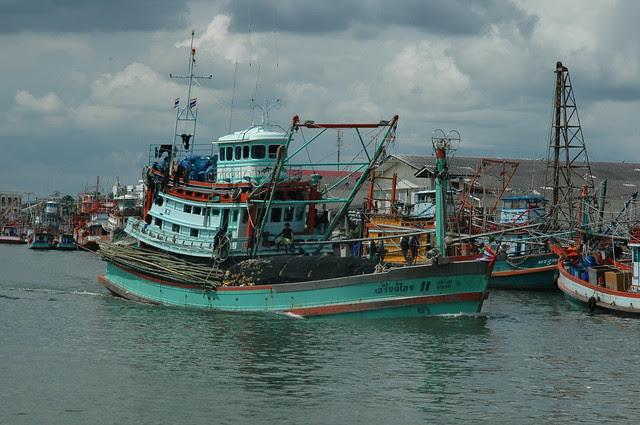 Purse seine fishing boat
The fishing boat did not get on the air for radio contact with the Russian ship and did not respond to signal lamps or flairs. This in itself is strange, normally a small commercial boat would want to get out of the way of a bigger ship or at least respond to radio alarm calls. Right of way does not count for much when you are in a 400 ton fishing boat (about the average size for this kind of boat area in the) and sailing into the path of a five thousand ton warship.

Upon the Turkish boat's dangerously close approach to "Smetlivy" at a distance of 600 meters, the Russian patrol ship fired a warning shot beyond the effective range of the weapon, to ensure the fisherman avoided collision.

The ministry statement said the Turkish fishing ship changed course after that and shadowed the destroyer at about 550 meters distance, but didn’t contact the Russian warship. Very suspicious behaviour for a commercial fishing vessel.

“Russian Deputy Defense Minister Anatoly Antonov has summoned the military attaché of the Turkish embassy in Russia in connection with the incident in the Aegean Sea,” the statement said.

For now there is no official (or unofficial) closure of the Bosphorus to Russian shipping, however as we have reported previously, closing the only route out of The Black Sea to Russian ships is Turkey's trump card, one which however Putin would promptly read as an declaration of war by Erdogan, and as a further reminder, the bloody Russo-Turkish was of 1828 was sparked by nothing less than the closure of the Dardanelles Strait to Russian shipping.

Via Wikileaks, it is revealed that Turkish President (and wannabe Sultan) Recep Erdogan made plans to shoot down a Russian warplane deployed in Moscow's anti - Islamic State campaign in Syria six weeks before the shooting down of an Russian Su-24 bomber in Syrian airspace.
ISIS Oil expopse "Raqqa's Rockefellers", Bilal Erdogan, KRG Crude, And The Israel ConnectionLatest Posts

Why is NATO member Turkey breaking every aspect of international law and United Nations charter by trading with isis and why are the USA and other NATO members condoning it, while EU leaders pledge to fast track membership for the Islamist state?
Turkish Convoy Allegedly Carrying Weapons To ISIS Bombed In Syria