Ritual disfigurement is a punishment for minor transgression in the Islamic world. Sharia Law, coming soon to a country near you, if you do not stand up for freedom, decency and western values (Image Source)
After the terrorist bombings in Brussels yesterday Europe went into a kind of meltdown as various politicians competed to show who was the most clueless on how to deal with terror and Muslim extremism, which has been imported into the streets of European cities by the idiotic, politically correct, open doors immigration policy imposed on most member nations by the bureaucrats who run the EU.
AK47 Assault Rifles Used in Sweden Pub Attack, Death Toll Expected to Rise
There is one that strikes us as the winner by a considerable distance.
At a French parliamentary session called by Prime Minister Manuel Valls who repeated the statement he made after the Paris attacks last November, that Europe was at war with an enemy within.  Legislators then discussed ideas for preventing more attacks, from increased domestic security measures to an alliance with Russia.
French parliament members proposed several ideas for preventing terrorist attacks, from increasing security measures to an alliance with Russia, Metro News reported.
At a question time with French Prime Minister Manuel Valls and Interior Minister Bernard Cazeneuve, many legislators called for enhanced security measures. Most ideas touched on increased monitoring and detaining people on terrorism watch lists, strengthening security measures and attacking manufacturers of encrypted phones.

One idea to stand out from the largely internal measures, by virtue of it's abject stupidity was posed by Eric Ciotti of Nicolas Sarkozy's Les Republicains party. Ciotti proposed the creation of an alliance with Russia, in order to combat the Islamic State and put aside other disagreements over Syria.


"Russia has shown the most determination in the war against Daesh […] We need the alliance with Russia, and to set aside the issue of Bashar al-Assad" Ciotti said.
Now forming an alliance with Russia for many areas of cooperation is a good idea but on this one is not. Russia does not have the same kind of immigrant numbers or border control problems as European Union nations in which immigration policy is dictated by the politically correct thinking of nmby pamby liberal academics. If people turn up at the Russian border claiming to be refugees or asylum seekers and demanding that they be let in, given full citizenship and criminalize alcohol,  music, dog ownership, Christmas, women who don't wear bags over their heads and the  the eating of pork. 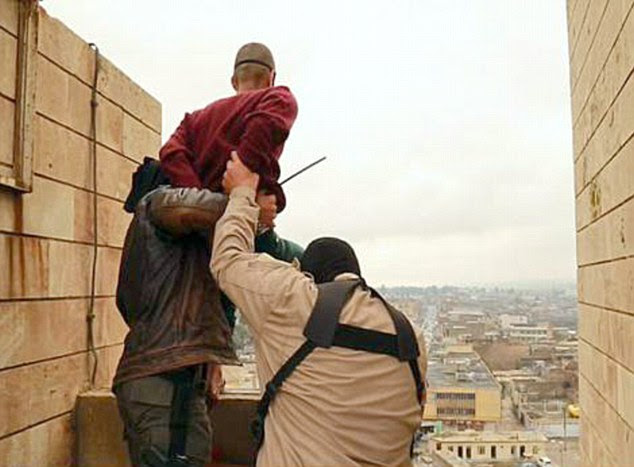 Homosexuality is an abomination to Islam, but instead of cruel punishments, Muslims give gay men free flying lessons (Image source)