Her name is Amat Kimchi, she was 31 years old and studying for a Masters Degree in criminology at the University of Maryland ... 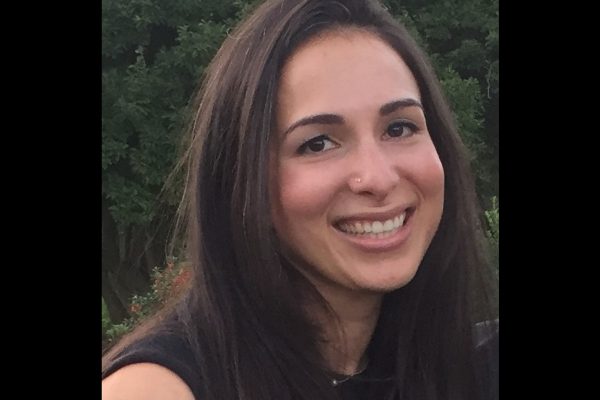 ... and now she is dead, randomly killed by a homeless black man in the city that is the murder capital of the USA. Yet there is no media outrage, no wave of covil disobedience as there was last year when a lcareer ciminal named George Floyd, drug dealer, thief and small time crook died while resisting arrest. Instead Floyd was canonised by the media and brain dead left wing fuckwits alike simply because he was black and the arresting officer was white.

According to the CBS news affiliate in Chicago, the 31-year-old woman was “stabbed in the back and killed in broad daylight” on Saturday afternoon in central Chicago. The University of Maryland has identified the victim as Anat Kimchi, who was a doctoral candidate in the Department of Criminology and Criminal Justice.

Kimchi’s family also made a brief statement: “The family is mourning the loss of Anat and asks for privacy during this difficult time,” the statement said.

The victim was interested in courts, sentencing and corrections, according to Choice Research Associates, where she had worked as a consultant in recent years. Ironically one of her projects involved assessing the disparity in probation sentences between people of various minorities, and evaluating the impact of placing female juvenile suspects in custody.

According to police, Kimchi was walking on a sidewalk near the Eisenhower Expressway around 4 p.m. when she was attacked.

“A man came up, took out a knife, and stabbed the woman from the back,” CBS Chicago said. “A dispatcher reported over police radio that the woman was found bleeding from her neck. The woman was taken to Northwestern Memorial Hospital, where she was pronounced dead. The man who did it ran away.”

That Ms. Kimchi planned to dedicate her career to ensuring that the disparity in sentences for black and brown criminals and those handed down for white law breakers was eliminated and particularly in helping black ex cons to get out of long term probations once they have served their time and thus working to end the systemic racsm of the US Criminal Justice system . One wonders how long the criminal history of the black male who murdered Ms. Kimchi dates back to, and if he was on probation at the time of her murder in Chicago?

Dedicating her life to fight for imaginary victims of systemic racism, implicit bias, and structural inequalities (all due to white privilege), she was murdered randomly by a black male in Chicago. In her last moments, she found out the true privilege of whiteness in 2021 America.

The Race To Social Breakdown


A city council in the UK is set to remove the statue of a British war hero after a Black Lives Matter inspired review determined that he represent colonialism and does not represent women and so-called ‘gender non-binary’ people.

Intelligent Virus? Anti-racism protests SAFE from Covid-19, but anti-lockdown protests are NOT, health ‘experts’ claim
June 3, 2020 Anti – racism protestors enjoy their immunity? It must be well known to our readers that the collective opinion of contributors to this blog on “scientists” and “experts” is that they are all wankers. This does not include practicioners of the sciences who have the self awareness to describe themselves as chemists, biologists, physicists, medical … END_OF_DOCUMENT_TOKEN_TO_BE_REPLACED
Posted by Boggart Blogger at 1:44 PM