It Turns Out The World Still Needs Coal 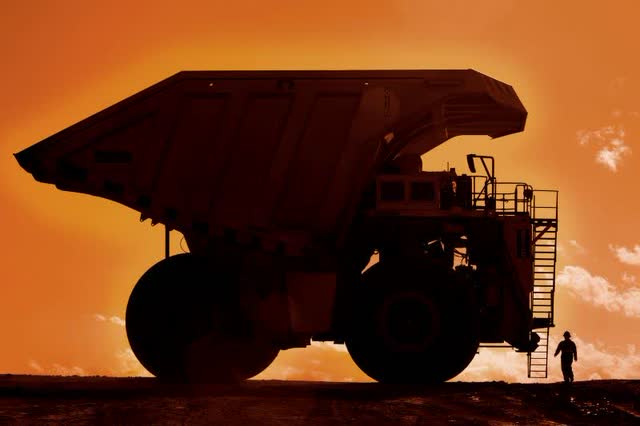 A Liebherr mining truck at dusk at Peabody's North Antelope Rochelle Mine in the Powder River Basin of Wyoming (photo via Peabody Energy).

And Daddy, won't you take me back to Muhlenberg County?
Down by the Green River where Paradise lay
Well, I'm sorry, my son, but you're too late in asking
Mister Peabody's coal train has hauled it away

Readers may remember President Biden ran on shutting down coal mining as part of his overall campaign against fossil fuels.

And as President, Biden has called for a transition away from coal towards "renewable" energy (solar and wind).

Today's energy crunch is partly due to a decline in production during the COVID lockdowns of 2020, but it's also due to a misguided focus on green, or renewable energy, as Noah Rothman noted earlier this month:

The sloppy, blinkered effort to transition away from fossil fuels to hypothetical sources of power that cannot meet the energy consumption needs of the planet due to the constraints imposed on them by the laws of physics is an obstacle to meeting “newly minted environmental, social and governance standards for clean energy.”

And a prime beneficiary of that has been Peabody Energy (BTU), whose shares spiked 23% on Monday after the company announced that its coal revenue in Q3 would be the highest in seven quarters and it offered bullish forward guidance.

Peabody was one of our system's top names last summer, and appeared in a portfolio we shared here at the time (Building A Bear Proof Portfolio). It has also appeared in aggressive portfolios of ours as recently as last week.

This is the hedged portfolio we presented in that article in July. In addition to Peabody Energy, it included the ProShares Ultra Bloomberg Natural Gas ETF (BOIL), Cleveland-Cliffs (CLF), Generac Holdings (GNRC), Green Plains (GPRE), and Overstock (OSTK), and Cassava Sciences (SAVA). 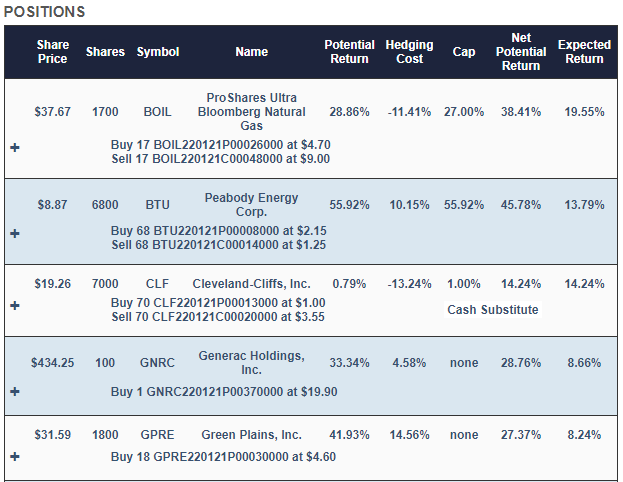 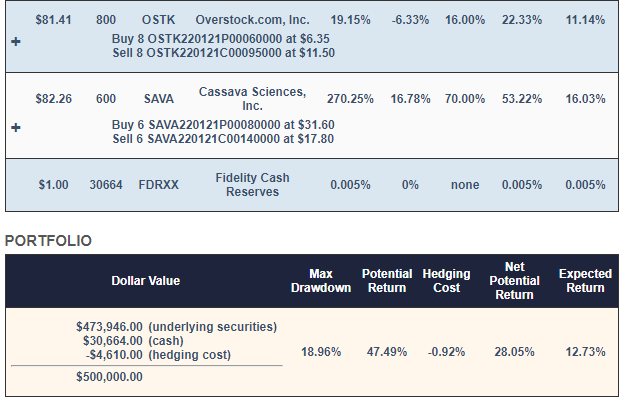 These and subsequent screen captures are via Portfolio Armor.

Each trading day, our system analyzes total returns and options market sentiment to estimate potential returns for thousands of stocks and ETFs. The underlying securities above were selected because they were among our top names: the ones that had the highest potential returns, net of hedging costs. Our system started with roughly equal dollar amounts of each, and then rounded them down to round lots, to reduce hedging costs. It swept up most of the leftover cash from the rounding-down process into a tightly hedged Cleveland-Cliffs (CLF) position, to further reduce hedging cost.