Return Of The Jedi without his cornflakes)

The march of crackpot religions continues apace. When in the last UK census around ten per cent of us listed our religion as Jedi we were joking. Or were we.

Some people it seems take their Jedi faith very seriously (there's always a few out there). They went and formed an official Church Of Jediism, with a doctrine, a creed and all the other nonsense including a commandment stating Jedi Knights may not be seen in public without their hoods raised. 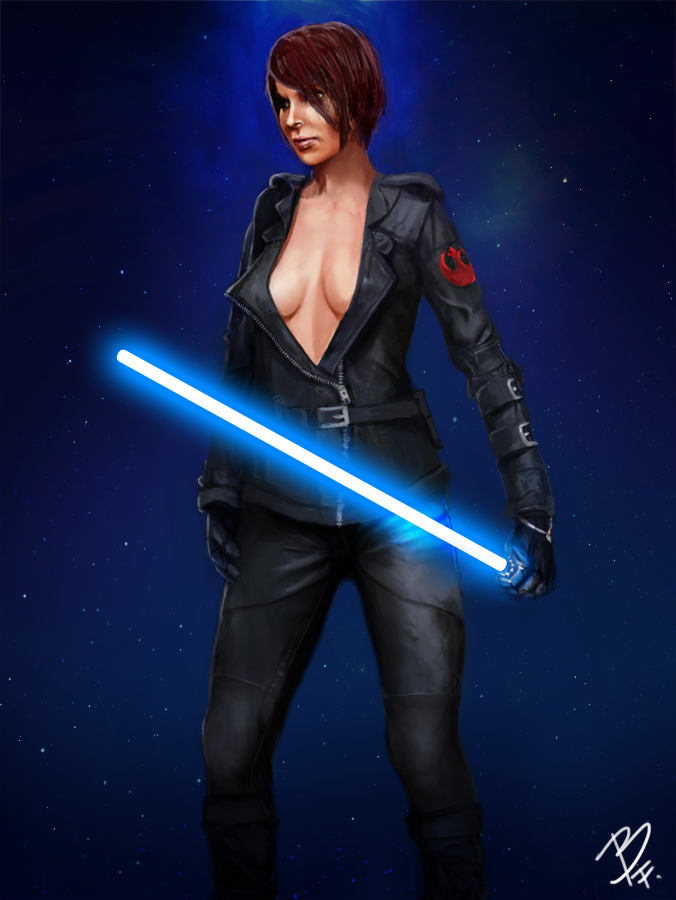 This Jedi warrior was excommunicated for showing her head (and a couple of other things) in the pub.
The rule would get Obi Wan Kenobi, Yoda and Luke Skywalker to name but a few, excommunicated because in the Star Wars ffrancise they are seen with hoods lowered by millions. The founder of the Church of Jediism might struggle to obey his own diktat too, when he popped down the shops for a loaf of bread, some milk and a packet of cornflakes he was approached by security as he queued at the checkout and asked to lower his hood because people might mistake him for a terrorist.

When he refused, claiming it was against his religion, he was escorted out of the store without his stuff. We hope he can eat The Force, if not he's going to be a very hungry Jedi in the future as the hooded hoards of ISIScontinue to terrorise the west.

So don't be scared if you see someone dressed like this down the supermarket, he (or she) is not necessarily an ISIS fighter come to cause mayhem but a hungry Jedi grabbing a few groceries.