Is Selective Education Such A Bad Thing? 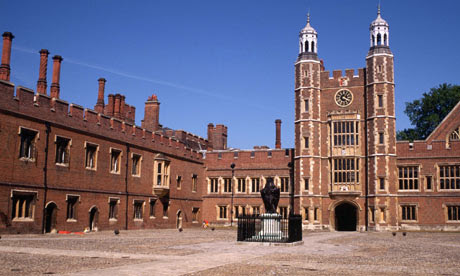 Britain's poshest public school, Eton. Public school in Britain is the opposite of public schools in the USA, this dates from when government was not involved in education, there were Church schools, Guild schools set up by the trade guilds and public schools to which anyone could send their sons provided they could afford the fees.

The comprehensive education system has become one of the sacred cows of the "progressive left" in spite of its very obvious failure. The old Grammar School system only segregated on grounds of intelligence whereas the system now with its postcode lottery and the growth of private schools for the rich segregates on grounds of parental wealth, social class and geographic location. Intelligence does not enter the equation. So the selective way was more egalitarian, what are the leftie whiners on about?

And my old school, with leafless trees because my time there was The Winter Of My Discontent.
Posted by Boggart Blogger at 11:42 AM