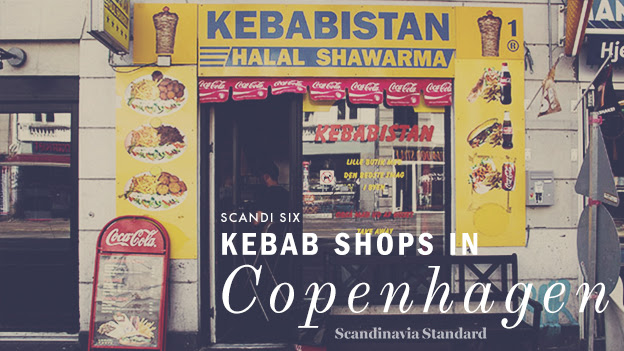 Doner Kebab shop in Copenhagen: When will Danish government subsidise kebabs to create more work for immigrant kebab stuffers? (Image source)
In a move that tells us much about what is wrong with the politically correct Cultural Marxism that dominates European politics, the government of Denmark has announced a plan to persuade migrants to work for a living instead of claiming state handouts by offering companies 40,000 kroner to hire them.

This new plan for migrants is part of the ‘integration basic education’ plan that hopes to get migrants working so they are not as huge a drain in the Danish welfare system as they are becoming more and more in places like Germany and Austria. It is difficult to see any logic behind that, surely it is no more expensive to pay out doles than to employ people who have no skills and cannot speak the national language to do nothing. How many office cleaners and kebab stuffers does a small country like Denmark need?

The programme announcement follows the leaking to Danish media of figures showing non-Western migrants made up a startling 84 per cent of all Danes on welfare. Migrants currently cost the government around 1.1 billion pounds every year.

TheLocal.dk reports the new programme aims to get migrants into short-term jobs at an apprentice salary of around 50 to 120 kroner an hour. This is the equivalent of around 12 pounds an hour which is almost double the current wage for British apprentices who are paid a minimum of £6.70 an hour, although that will increase to £7.20 in April.

The migrant jobs will last up to two years and they will also be offered 20 week courses to increase their skill development and further their education. The companies that participate in the scheme will also be eligible for a bonus of 40,000 kroner (£4,179), if the migrants remain employed for the two-year term of the contract.

The Danes will also pay for accommodation for the migrants who take part, making sure that they are able to live close to their employer or at least in the same city or town. Relocation and transportation costs will likely also be paid for by the state.

This is just another example of the wrong headedness of political elites, it will do nothing to help integrate new immigrants into Danish society, but by sending out the message that foreigners are given special treatment and their interests are prioritised over those of local people it will encourage more to come and thus make the crisis worse.

In the wake of the latest terror attacks in a European city, (Brussels this time) it seems everybody in the EU except for the politicians and senior bureaucrats whose ineptitude and arrogance caused this mess, is now aware of the scale of problems for European socities emanating from the Islamic enclaves that have been allowed to develop by authorities more interested in being politically correct that serving the people who pay them.