Autumn Gets More Interesting As Merkel Admits She May Have Caused New Balkans War.

The autumn of 2015 has been interesting with the escalation of the war against ISIS by Russian air Force jets and Iranian ground troops in Syria and Iraq, Europe's migrant crisis pushing prosperous north European nations towards civil unrest, and the downing of a Russian airliner over Sinai by as yet unknown causes though western intelligence reports suggest a terrorist bomb was planted on board before take off.

And it is set to get more interesting.

Merkel admits she may have just caused a second Balkans war

Hausfrau Volksfuhrer Angela Merkel admitted in a speech yesterday that reversal of her open doors immigration policy or going back on her pledge that all the world's three billion poor and disadvantaged people were welcome in Germany (she might not have used those exact words) may cause another war in the Balkans. Since not only federal German state, Bavaria but Hungary, Austria and, Croatia and Slovenia are rushing to erect razor wire barriers along their their borders before 2016 to stem the flood of illegal immigrants crossing europe's outer borders every day, Merkel's admission is an overdue acceptance of her role in causing an imminent second Balkans war. Is it now too late to avert such a disaster adding to Europes many problems?

Economic migrants housed in the UK military base in Cyprus, meanwhile, imagined they could blackmail the UK into giving them fast-track entry into Britain, were told to eff off and threw a hissy fit, burning the tents supplied by the UK authorities yesterday as the base commanders stood firm and reiterated the choices on offer: claiming asylum in Cyprus, or being returning them to the Lebanon. One even pretended to hang himself yesterday - but in a carefully non lethal way and very theatrically for news cameras.

These poor, victimised refugees and asylum seekers are suffering from a shortage of dead infants, crying babies and doe - eyed teenage beauties who can cry at will, all of which are essential to attract the attention of news crews. We hear that the annual Pusey Bear schlockfest is to carry a special appeal from the Cyprus refugees for donations of unwanted babies, dead infants or doe eyed teenage girls (cute kittens and sad looking puppies will also be acceptable.

The United Nations High Commission for Refugees (UNHCR) is reported to have responded to a wave of criticism over mismanagement and squandering funds by headhunting a New York PR firm to 're image' the organisation; the contract could include a multi-million pound TV ad campaign together with celebrity endorsements for the embattled Agency's senior managers.

Merkel is also beginning to realise that with France's precipitous economic decline into sick man of the Eurozone status, only Germany and the UK are rich enough to subsidise the rest of Europe - and if we leave, Germany will have to pick up the tab alone. Given the scores of billions at stake, expect a covert onslaught of secretly funded publicity from Berlin for the 'stay' campaign - and explicit support for Cameron from Merkel, for as long as she remains in power.

Winter is set to be even more interesting ...

As the lawless criminal scum imported by Merkel in her efforts to suck up to Obama threaten to turn Germany into a third world human cespit, it seems public opinion in European is waking up.

Russian Plane Brought Down Over Sinai By ISIS Bomb? 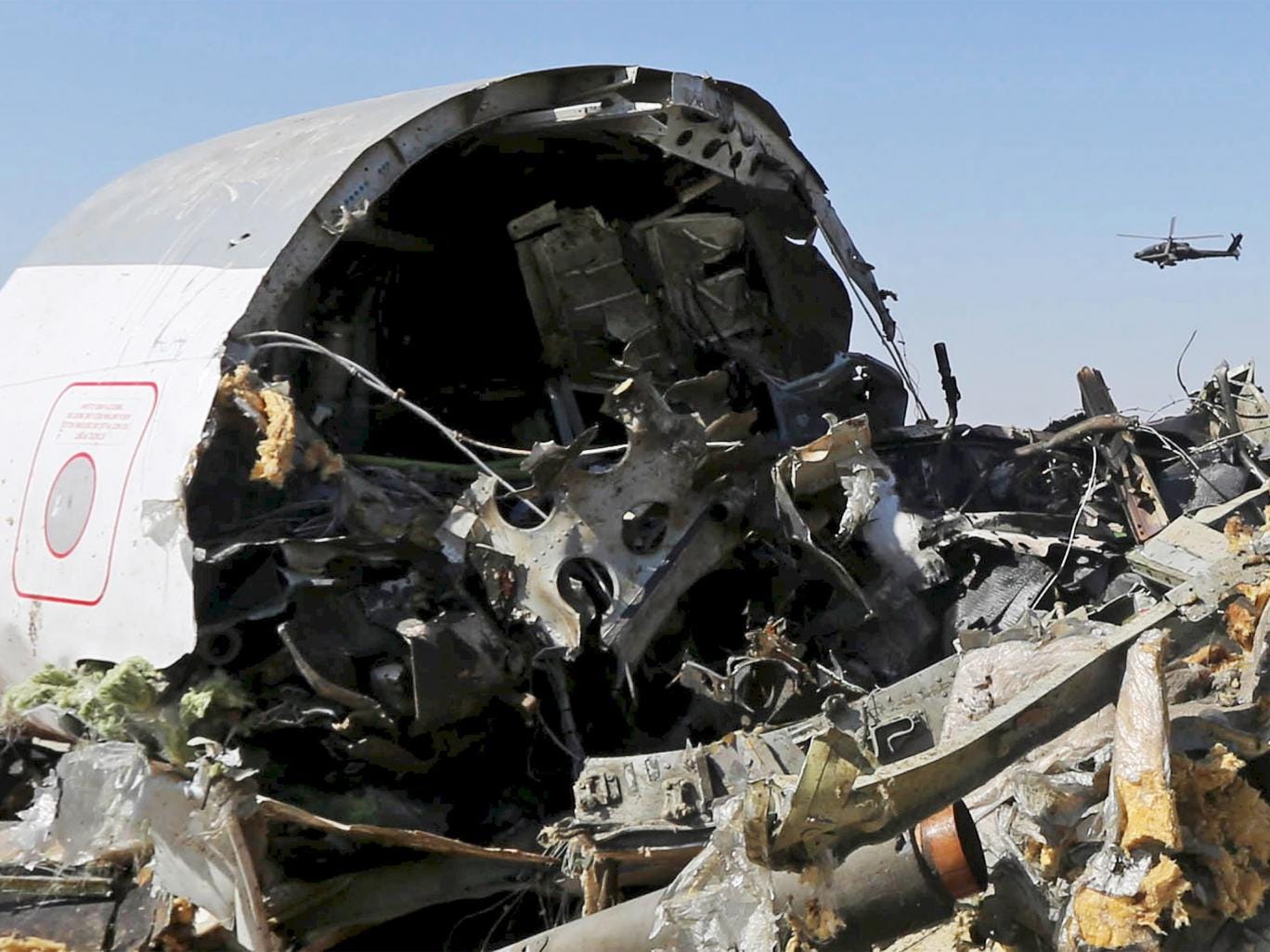 Experts examining the wreckage say damage indicates explosion inside the aircraft forced shrapnet to punch its way out through the fuselage (Image source: The Independent)
The latest British and U.S. intelligence on the Russian airliner downed over Sinai suggests that the crash on 30 October, 2015 was probably caused by a bomb planed on the plane by an agent of ISIS or an ISIS affiliate.

No formal conclusion has been reached by the international intelligence community and the Russia government has been very restrained in its comments despite mounting evidence throughout the week that the crash was not due to a technical fault on the aircraft.

The move to express an opinion on the cause ahead of conclusive evidence may be a response to hysterical suggestions in certain US 'liberal' news networks loyal to the warmonger Barack Obama that Russian incompetence was responsible for the crash and that Putin and The Kremlin propagandists would use it to justify a ground invasion of Syria to sped the destruction of US sponsored Islamist forces trying to overthrow the Assad regime in Syria.

It is well known that the Obama administration has been trying to provoke Russia into acts of armed aggression against western interests for several years, in the hope of being handed an excuse to launche a full scale war against Assad.

While British media are trying to spin the 'bomb theory' as disastrous for Putin's image as a strongman leader, the Russian President cannot be held responsible for security lapses in Egypt. The British government's line can be understood however when we recall that the catastrophe and its aftermath have filled news in the week Egypt's President Sisi is vistiting the UK to discuss trade and political cooperation.

"There is a definite feeling it was an explosive device planted in luggage or somewhere on the plane," an official, who is familiar with the latest U.S. intelligence analysis of the crash, told CNN. Other U.S. officials also told CNN that the analysis is pointing toward the cause being a bomb.

Based on the same intelligence, the U.S. belief is that ISIS or an ISIS-affiliated group is responsible for the attack, the official said.

There are currently about 15,000 British nationals in Sharm El-Sheikh and as evidence of a terrorist outrage at the local airport they may have to be evacuated by military transport planes as the airspace over Sinai is declared unsafe by commercial airline operators.


Reuters is reporting that the cause of crash was an "explosion" on board the aircraft. A source close to the Egyptian Civil Aviation regulator has said investigation of the black boxes suggests the cause of the crash is looking more like an explosion, but as yet it is unclear if it was caused by fuel or a bomb.

Additionally, a Egtyptian judiciary source in the investigation team told Egyptian newspaper Al Masry Alyoum,, that "the cause of the crash is an explosion at the engine. The reason of the explosion will be determined on the examination of the crash site and the test of the bodies."

He added that at the present stage investigation did indicate any terrorist involvement but it cannot be ruled out.

Flights to Sharm El-Sheikh cancelled by most European airlines which suggests their experts think the flight having been brought down by "explosive device" is a leading possibility.

A British government spokeswoman said: "While the investigation is still ongoing we cannot say categorically why the Russian jet crashed. But as more information has come to light we have become concerned that the plane may well have been brought down by an explosive device.

"In light of this, and as a precautionary measure, we have decided that flights due to leave Sharm for the UK this evening will be cancelled.