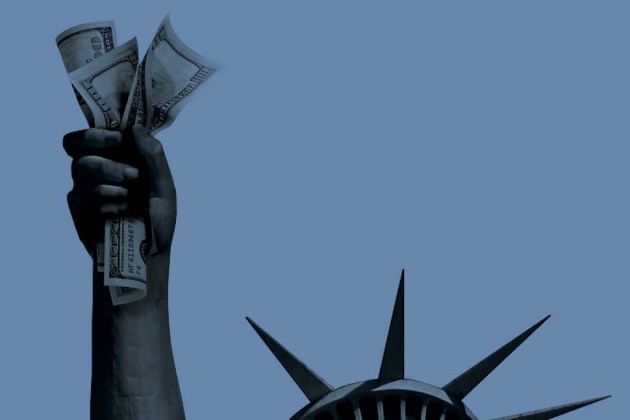 The United States has allocated additional $20 million in response to the current migrant crisis in Europe, the US State Department announced in a press release on Monday.

“The United States announces $20 million to support efforts by the Office of the United Nations High Commissioner for Refugees (UNHCR), the United Nations Population Fund (UNFPA), and the International Federation of Red Cross/Red Crescent (IFRC) to respond to increased protection, shelter, and other lifesaving assistance throughout Europe, including in Greece, Western Turkey, and the Balkans,” the release said.

This latest injection of cash brings the total U.S. humanitarian assistance for the refugee and migrant crisis to nearly $44 million since the start of the crisis last year. It's certain US taxpayers are not going to like this news and we can imaging Mr. Trump making political capital out of it soon, but to Europeans it seems like justice as the crisis is to some extend due to the Obama Administration's meddling in the domestic politics of middle eastern and north African nations.

The new funding will allow UNHCR to provide emergency and life-saving assistance for refugees and migrants, support the creation of adequate reception arrangements and management, enhance protection monitoring, assist authorities with registration and identification of new arrivals, enhance counseling to new arrivals and persons on the move, strengthen public information and advocacy strategies, and enhance communication efforts to inform communities of origin of existing and legal ways to enter Europe, according to the US government press release.

The contribution from the United States also fund work with the Hellenic Red Cross to respond to the needs of some 200,000 people, with a focus on providing basic food and non-food items, first aid, water and sanitation.

Money allocated to UNFPA will be used in helping prevent gender-based violence (GBV) and address sexual and reproductive health needs for refugees and migrants in Greece by providing rape kits and bolstering the technical skills of providers to respond to GBV.

The USA says it will continue to support those affected by this crisis while working closely with humanitarian organizations and with countries in the region.


RELATED POSTS:
EU / Tukey Migrant Crisis Deal One Veto Away From Being Wrecked
EU-Turkey Refugee Plan Puts Women, Children in Concentration Camps
EU Sacrifices Kurds To Turkey's Imperial Ambition For Erdogan Help With Migrants
Migrants Mass At Greek Border Waiting To Cross Into Europe
Germans Cheer As Refugee Center Burns
Islamic State Using Dead Syrians And Left Wing Media Islamist Propaganda?
Now Even The Immigrants Are Against Immigration
Death In The Desert - The Fate Of A Group Of Africans Who Tried To Get To Europe
If You Want To Help Refugees Stop Helping To Kill Them
Europe's Open Door Policy Condemning Poor Africans To Death