Children will never recover from the terrible cost of lockdown

Another day, another report revealing the damage from Covid policies to children and their development. The latest outrage is a 10 per cent annual increase in the number of five and six year-olds in England requiring specialist speech and language support.

Is it any surprise? This is, after all, the group whose pre-school experiences were the most disrupted by pandemic restrictions on social interaction. The increase is even bigger in Scotland, which had more restrictions for longer. These pupils join a waiting list of over 65,000 under 18s referred for specialist help. They are struggling with basic skills – understanding instructions, taking turns and negotiation.

Their experiences form an ever-growing body of evidence on the negative impact of lockdowns and face coverings. It is consistent with long-accepted psychological findings that for children, a lack of interaction with peers and caretakers is very damaging.

Pandemic isolation weighed most heavily on children who were already deprived by poverty. They could be confined to rooms in temporary housing with a single parent for long periods ... Continue reading >>>

What poorer nations need is industrial revolutions all of their own. 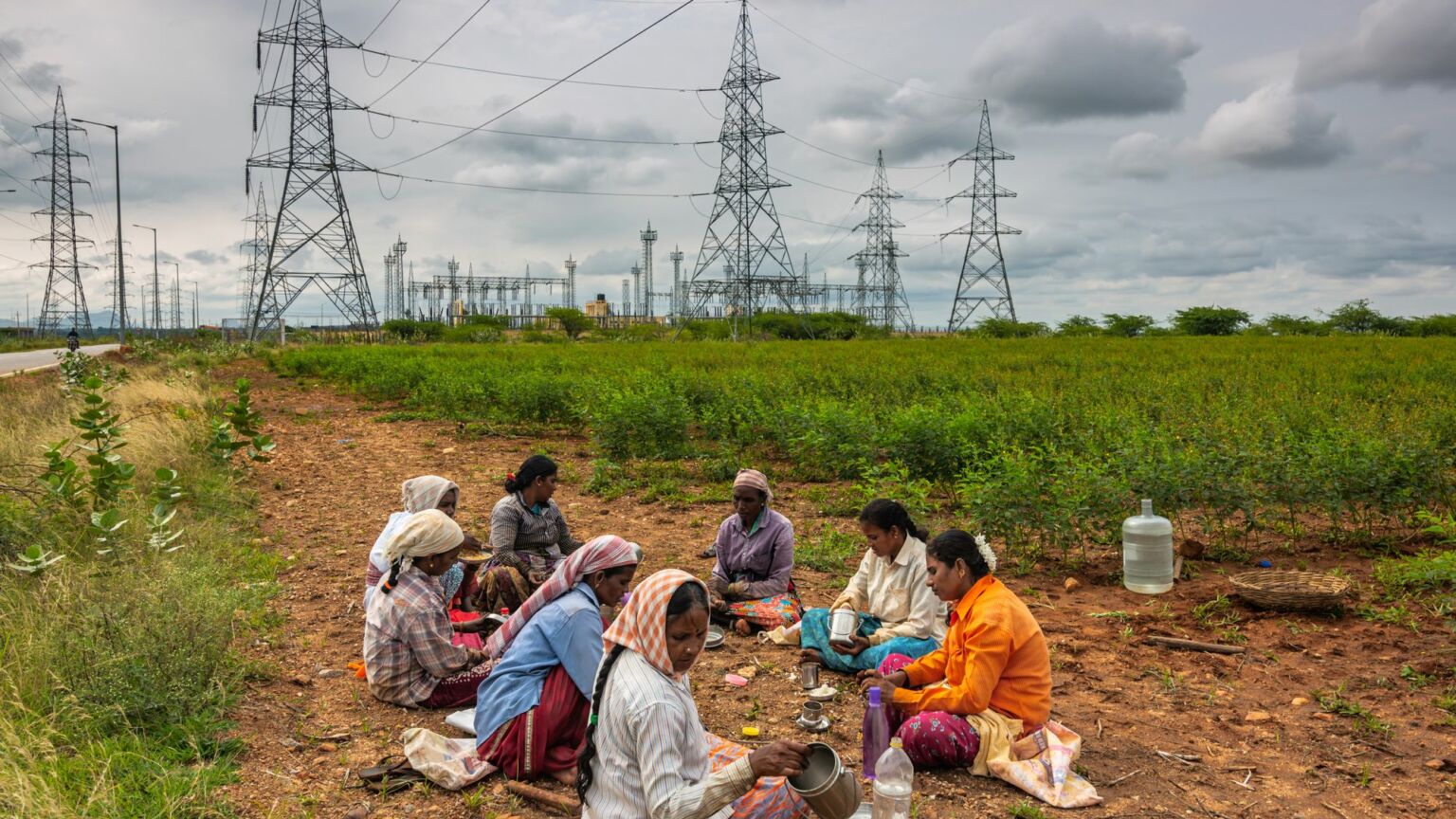 No you are not imagining it. As absurd as it may seem, it is really happening. The world’s great and the good have descended on COP27 in Egypt – in their private jets, natch – to denounce the evils of the Industrial Revolution. The process that birthed the modern world. That has lifted billions out of poverty, expanded life expectancy and delivered every modern comfort we now take for granted. According to the leading lights at COP, that process has proven to be so evil and destructive that its instigators should pay ‘reparations’. Reparations for the Industrial Revolution – as if the most liberating moment in history were the equivalent of a disastrous war or the enslavement of an entire people.

‘The deadly impacts of climate change are here and now. Loss and damage can no longer be swept under the rug… Those who contributed least to the climate crisis are reaping the whirlwind sown by others’, thundered UN secretary-general Anotónio Guterres as he opened this year’s conference. ‘Loss and damage’ compensation is the more palatable UN-speak for what climate activists are happy to call ‘reparations’.

The thinking goes something like this. The developed world, by industrialising, has produced the lion’s share of the world’s cumulative CO2 emissions. ... Continue reading >>>

In a huge development being hailed as a victory for the Ukrainian counteroffensive, Gen. Sergei Surovikin, the overall commander of Russian forces in Ukraine, has announced a major withdrawal of his troops from Kherson.

"We will save the lives of our soldiers and fighting capacity of our units. Keeping them on the right (western) bank is futile [of the Dnieper River]. Some of them can be used on other fronts," Surovikin said. This moment was somewhat expected, given pro-Kremlin officials have for weeks been overseeing a very public evacuation of civilians and the Russia-installed administration from the city.

The Washington Post and others are pointing out that this appears to be a "full withdrawal" from a strategic Black Sea city which Russia had controlled going back to March 2nd. "Russia’s defense minister said Wednesday that Russian troops were retreating east of the Dnieper River in what appeared to be a full withdrawal from the city of Kherson, the one regional capital Russia had captured since its February invasion," WaPo reports. "The move is a major setback for Russian President Vladimir Putin, who had declared the annexation of the Kherson region."

Indeed Kherson's strategic importance can't be underestimated, given the oblast borders Crimea and has served as a Russian "land bridge" and key logistics channel throughout the invasion. The collapse of Russian lines across the southern region could deprive Moscow forces of this key land corridor while putting Crimea within direct reach of Ukrainian artillery and missiles.

Crimea's main fresh water supply could also be put in peril, as it comes from this neighboring region. ... Continue reading >>>

Tools of Technocracy: Technologies That Are Being Weaponised Against People

In the past, tyrants and dictators have had a hard limit on how far they could push people. From either logistical difficulty, fear of resistance, or liberation from other nations. These hard limits have been getting softer and softer as technology advances. Recent history has shown an ever-increasing centralisation of power into a smaller and smaller set of control structures.

We, as everyday people, have been complicit in building and maintaining these control structures. Almost every technology has allowed people to trade privacy, security, or freedom for convenience. Technology isn’t inherently bad but allowing this power to go unchecked absolutely is.

The sum total of what the world is constructing is nothing short of a planet-wide enslavement grid that has never been possible before. The individual parts create feedback loops that make it very difficult for people to extrapolate the long-term impacts.

The tyrants of the world are winning a massive arms race against the rest of humanity. We must not merely avoid these systems, rather every one of us is responsible for preventing them from being weaponised against the people.

This time is so critical because the powers that ought “not to be” are in a desperate rush to finalise this system. The internet and the ability of people all over the world to coordinate and learn from each other have greatly tipped the balance of power in humanity’s favour. It is paramount that we put all other differences aside to focus on protecting the future for all people.

This means that until the technocrats are discredited and prosecuted the following doesn’t matter at all: ... Continue reading >>>

It is now almost a third of a century since 1990, when IPCC made its first predictions about the weather. Since IPCC (2021) continues to predict the same 3 C° midrange long-term warming (equilibrium doubled-CO2 sensitivity, or ECS, broadly equivalent to 20th-century anthropogenic warming from all sources) as in 1990, it is high time someone examined IPCC’s medium-term predictions to shed light on the plausibility of its long-term predictions.

IPCC’s key medium-term prediction in 1990 was as follows –

“Based on current model results, we predict:

But is the business-as-usual scenario the one on which the predictive skill of the models on which IPCC relied should be judged? ... Continue reading >>>