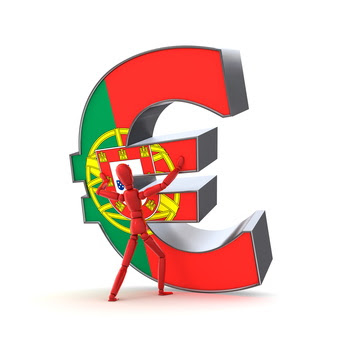 We have warned of what was happening in the societies of the developed world for years, not here so much (having been started in 2005 as a satirical comedy vehicle it was neglected until 2013) as at our other sites, mainly The Daily Stirrer and Little Nicky Machiavelli which was on a now defunct platform. Just as the Federal Republic of fifty states that is the USA was moving towards becoming an authoritarian oligarchy, so the European Union (EU) was creeping towards fascistic Bureaucratic Dictatorship as the sovereignty of member states and powers of elected governments were gradually transferred to unelected, unaccountable bureaucrats in Brussels.

The latest example of this retreat from democracy comes from little Portugal, which is enmired in a a constitutional crisis after President Anibal Silva refused to allow the victorious coalition of left-wing anti-austerity parties to take power even though they have a majority in parliament after last week's elections.

Instead of a new, anti - integration, anti - austerity government taking control of the small, south European nation that has been crippled economically and torn apart socially by membership of the European Single Currency (the Euro), the will of the people is being ignored and centre-right party of Prime Minister Pedro Passos Coelho will continue in power to satisfy the ambitions of Brussels to mould the twenty eight EU member states into a single political and economic unit. Having fallen a long way short of achieving a majority in October 2015's general election, Coelho's ability to govern must be in doubt, the left groups numerical superiority easily enabling it to vote down any or all government proposals.

The Socialist Party's radical leader, branded the President’s actions a grave mistake and accused him of trying to divert power from the elected parliament.

"It is unacceptable to usurp the exclusive powers of parliament. The Socialists will not take lessons from professor Cavaco Silva on the defence of our democracy,” he said, vowing to go ahead in forming a coalition with the Left Bloc and the Communists, and immediately subject the pro - EU minority government to a vote of no confidence.

Silva defended his move however, saying it was too great a risk to let Eurosceptic parties govern an EU nation.

“In 40 years of democracy, no government in Portugal has ever depended on the support of anti-European forces, that is to say forces that campaigned to abrogate the Lisbon Treaty, the Fiscal Compact, the Growth and Stability Pact, as well as to dismantle monetary union and take Portugal out of the euro, in addition to wanting the dissolution of NATO, this is the worst moment for a radical change to the foundations of our democracy” he said.

It seems to us the only risk is that Portugal may vote to leave the EU and park an exodus of nations whose voters are sick of seeing their proud nations crushed beneath the jackboot of Euronaziism.

Re-Branding Dissent - The Quiet Destruction Of Democracy
Many people, all the contributors to this publication among them, fear that democracy is being destroyed. OK, OK, hipsters will say but ‘we’ve never had democracy’, or, ‘it was destroyed long ago’, but left wing deceit aside, I think its worth actually thinking about how, many forms of democratic expression, effective dissent and peaceful self-determination are being outlawed and abolished in a sustained attack on free speech and civil rights.Euronazi Leaders Finally Admit Democracy Is Irrelevant
Europe's Immigration Crisis (October / November / December 2015)
Latest Posts