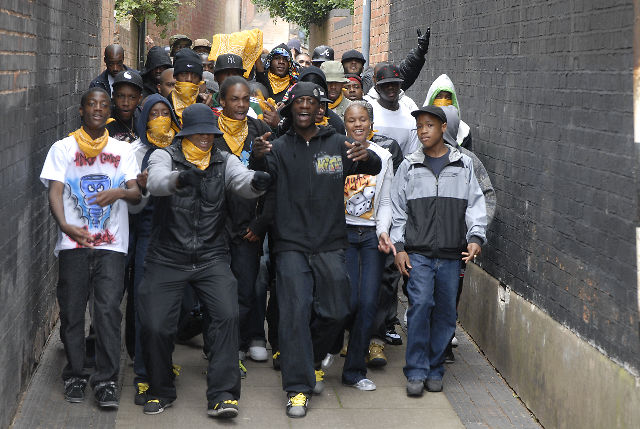 Since the outrage of the mass sex crimes against German and European women in Cologne, Germany at New Year, 2016, more details are emerging from many countries in Europe of the nature of 'cultural enrichment' that left wing,politically correct thinkers insist is bestowed on our nations by immigrants from third would shit holes where a woman's social status is somewhat below that of a goat or camel.

A new report from the UK Home Office, the government department that deals with law and order reveals that the street gang culture imported along with these illegal immigrants has led to girls as young as nine unlucky enough to live in areas 'controlled' by these gangs are being sexually exploited and forced to service multiple men, after being groomed to think such behaviour is 'normal'.

The report on urban gangs in 19 London boroughs and 14 local authorities, reveals young girls are having sex with up to five gang members, without realizing they are being sexually exploited. (Download the full report or read online (.pdf) )

Echoing reports into the official coverup of police and local authority failures to investigate cases of grooming and sexual exploitation of under age girls by gangs of Asian men in Rotherham, Oxford, Manchester and many other cities and large towns, the report, compiled from evidence by police and other officials working to tackle gangs, also found the children are often persuaded to engage in such activities with the lure of “earning money or being given new trainers and tracksuits.”

It also warns of the “use of young, often vulnerable, people to transport drugs to other parts of the country.” or become involved in other types of criminal behaviour.

Ministers have warned that children aged 9 to 14 are more likely to be involved in gangs now than they were two years ago.

The report’s findings come as the Home Office revealed new plans for tackling gangs. Measures include protecting children in care homes and pupil referral units from being “targeted” by gang members. Fine words, but of course there have been plenty of fine words and good intentions in the past, yet nothing changes.

<p style="margin:50px">from the report: Asked whether a girl got anything out of sex with 10 men, one associate said: "She gets to brag about it with her brethren."</p>

“Change taking place in society, whether violence in the home or on the streets, has lead to casual acceptance of violence which increasing in society. There is a cultural change,” Commander Dean Haydon, head of Scotland Yard’s homicide and major crime command, told The Guardian.
Drug dealing by gangs is “widespread,” with robbery and sex attacks being the most common criminal activities, the report reveals. One campaigner involved in tackling gang culture in London said: “You get the guys talking of having group sex with vulnerable girls.
“Then you’ll have the girls talking about it as well but both will refer to it as though it was a normal thing. If you were to suggest it was rape or exploitation, they’d be horrified.”

Underage Girl Used Like ‘Piece of Meat’ By ‘Asian’ Grooming Gang
Four “Asian” men have been found guilty for their roles in sexually grooming a 15-year-old girl, who the court heard the men passed around like a “piece of meat”. The grooming gang members were found guilty of rape and conspiracy to pervert the course of justice. The men were convicted at Sheffield Crown Court on Wednesday

Forget pathetic 'Princess Pushy' Megan Markle petulantly playing the race card when she found life in the goldfish bowl occupied by Britain's Royal Family was not to her liking, the grooming gang cover up is Britain's racist scandal - and it is far worse than the trivialities that get American libtards screaming about "White Privilege ..."
Asian grooming gang given free pass to rape; police officers told ‘find other ethnicities’ to investigate – detective.
A report published today, authored by child protection specialist Malcolm Newsam CBE and former senior police officer Gary Ridgway, comes following the reopening of an investigation into the death of 15-year-old Victoria Agoglia, who – after years of abuse and days after she was injected with heroin by a 50-year-old man – died in hospital of an overdose in 2003.

LABOUR’S SHAME: Brown’s Government ‘Urged’ Police Not To Investigate Muslim Grooming Gangs
The Former North West Chief Prosecutor alleged that the Home Office, under Gordon Brown’s Labour Government, ordered police to ignore grooming gang claims in 2008. Nazir Afzal, told the BBC that in 2008 the Home Office sent a circular email to all police forces calling on them to not investigate the sexual exploitation of young girls in towns and cities across the UK ...


Muslim men who groomed and violently abused young girls in a quiet English town have been left to carry on raping girls, despite being named to the police, one of their victims has revealed in an interview. Kaitlyn (not her real name) suffered years of abuse at the hands of hundreds of men in her home town, and in locations across the UK. Yet despite handing a list of more than 80 names to the police for investigation, her attackers are still working as taxi drivers, businessmen, and even on the local council.


Labour MP Says Cologne Sex Attacks ‘Very Similiar’ to Normal Weekend in Birmingham
Speaking as a panelist on BBC television’s political debate show Question Time on Thursday 28 January, Labour MP Jess Phillips said the mass sex attacks which took place in Cologne, Germany on New Year’s Eve 2016 were no worse than an average weekend night in Birmingham UK
Merkel's Beloved Muslim Migrants Trigger Rape Epidemic In Munich
The Public Interest to Protect Powerful Paedophiles
The Director of Public Prosecutions has decided that it would not be in the public interest to prosecute serial paedophile Greville Janner, for many years the leader of the Zionist lobby in the UK. I presume that his convenient senility is the reason for non-prosecution ...
Why do The Left love paedophiles
Europe's Immigration Crisis (October / November / December 2015