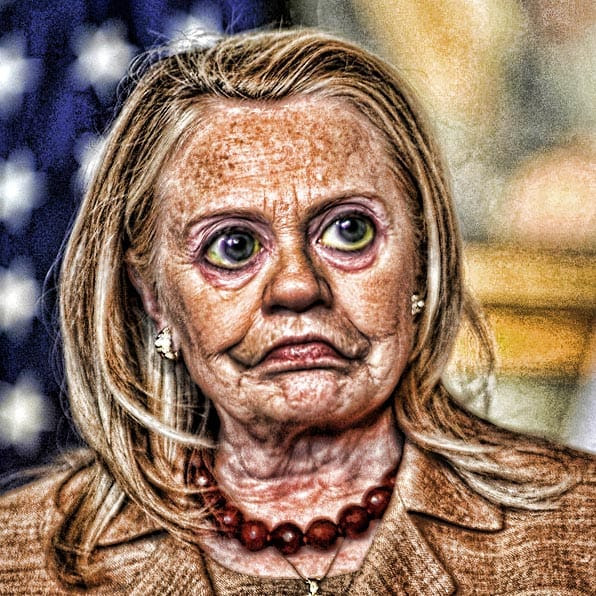 Wikileaks founder Julian Assange has revealed the whistleblower website has more damning information on Hillary Clinton which will be published if Barack Obama and the US Department of Justice continue to block the FBI's efforts to indict the Democratic Party presidential nominee. Assange claims what Wikileaks have is enough to indict Mrs. Clinton if the US government is courageous enough to do so, in what he predicts will be “a very big year” for the whistleblowing website.

That said of course, as Boggart Abroad has reported many times, the FBI have more than enough to indict Hillary on charges relation to her using a private, non - secure server to handle top secret information, and also on charges relating to misappropriation of funds from the former First Lady's charity The Clinton Foundation. On top of that the Clinton campaign faces several accusations of voter fraud from her opponent for the democrats nomination, Bernie Sanders. In New York and California, (where the result was called for Killary with millions of votes still uncounted), two states that could between then reverse the outcome of the nomination process, thousands of Sanders supporters say their names had been removed from the register and they were not allowed to vote.

In a TV interview screened on Sunday morning, Assange expressed concerns about the Democratic presidential candidate, who he claims is monitoring him, Assange described Republican presumptive nominee Donald Trump as an “unpredictable phenomenon”, but predictably, given their divergent political views, didn’t say if he preferred the billionaire to be president.

Peston did not ask if he supported Green Party candidate Jill Stein, even though she said she would immediately pardon Wikileaks whistleblower Chelsea Manning if elected, or Libertarian Gary Johnson.

“We have emails relating to Hillary Clinton which are pending publication,” Assange told Robert Peston of UK's Independent Television News (ITN) on Sunday when asked if more of her leaked electronic communications would be published.

About 32,000 emails from her private server have been leaked by Wikileaks so far, but Assange would not confirm the number of emails or when they are expected to be published.

Speaking via video link from the Ecuadorian Embassy in London where he has been banged up for three years in order to avoid extradition on trumped up charges, Assange said that there was enough information in the emails to indict Clinton, but that was unlikely to happen under the current Attorney General, Obama appointee Loretta Lynch.

He also said he thinks "the FBI can push for concessions from the new Clinton government in exchange for its lack of indictment." This of course would be typical of Hillary Clinton and her equally crooked husband.