Garry Trotter and the Portal of Pleasure #5 (adult humour)

Hormones are rampant at Swimemole Academy for chav wizards. Garry Trotter finds his fascination with Briony's bumps is leading him to take too many risks ... 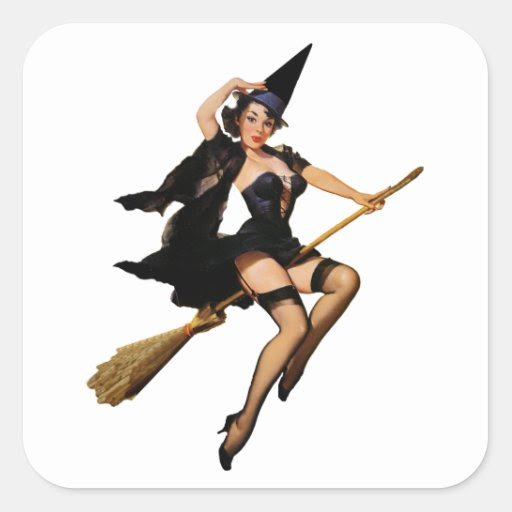 At last Garry had managed to get Briony alone. "Hi Bri," he said, blushing deeply, "I - er - I - er - I sneaked into Wiz - Mart yesterday and got you something. Er - some special soap, not that you whiff or anything but - er - but - er - but I know girls like that sort of thing and - er - you take a lot of showers so I thought you would like some magic soap. When you are in the shower you just say blither - blather - let's have lather and the soap levitates and rubs itself all over you. Smells nice too."

Briony sniffed the bar of soap that Garry was holding towards her. "Mmm, lavender and dragonmusk, my favourite. Thank you Garry, that's sweet of you. I'll use it today, perhaps it will keep the ghost heavy - breather away."

"There's a ghost in the girls shower. I can hear him breathing somewhere above me. I'm going to complain to Prof. Philtre."

"Yeah you should," Garry mumbled and hurried off.

As the bell rang to signal the end of lessons later that afternoon the boy wizard raced upstairs, changed out of classroom clothes into his swimming shorts and then he put on his cloak of invisibility. Carefully he crept out of his room, down the stairs and along the dormitory corridors to the girls showers. It would have been disastrous to bump into anybody but he made it, let himself into the shower room and just had time to take up position in Briony's favoured cubicle before she arrived and started to undress. As she took off her shirt and singlet, revealing the pert breasts he could not suppress a gasp of delight. Briony looked upwards , slightly apprehensive as Garry though what a good word "pert" was. He had learned it from one of his muggle books. Muggles had some great names for dirty stuff.

Now Briony was taking off her skirt and panties. At last he had a close up view of the Portal of Pleasure. It was a bit disappointing really, just a triangle of hair. He had expected something so magical to shimmer or change shape or do something though he did not know what.

The naked girl stepped towards him, this was the moment. Garry had a sudden impulse to run away but there could be no getting past Briony without being noticed. Then she turned on the shower, let the warm water run over her for a few seconds and said " blither - blather - let's have lather."

Again Garry wished he had not done this. He hesitated and the wet girl repeated the phrase. Excitement, fear, confusion and a host of other emotions paralysed him for a second.

"Useless soap," Briony said, reaching out. In a panic Garry grabbed the soap, lifted it and started to rub it on the naked skin that was only inches from him. He soon overcame his nervousness and got more enthusiastic about his task.

"Soap, I don't think we need quite so much lather there." The soap moved away from those oh so desirable breasts and a few seconds later moved again in response to "nor down there thank you."

When all the great masses of bubbles had been rinsed away and Briony had towelled herself dry she looked up at the ceiling again and said, "you're just getting too forward Mister. I'm going to have you exorcised."
"A dirty old man ghost?" said Prof Philtre, "are you sure someone was not playing a trick? Ghosts do not generally have a libido, of if they do it is reserved for ladies of negotiable affection who have been dead for several hundred years. Now tell me about this soap Trotter gave you."

Briony handed over the perfectly ordinary muggle soap and told the teacher how if you said blither - blather - let's have lather, it levitated and washed you.

"Smells fishy to me," the professor of potions said.

"That's probably because it spent too long around you - know - where," said Briony. "That was what made me suspicious."

"I think you were right to be suspicious," the professor said, "but I really do not think the culprit is a randy ghost. Do you mind leaving this with me?"

WILL HARRY BE FOUND OUT AND EXPELLED FROM SWINEMOLES OR WILL HE MANAGE TO TRICK HIS WAY OUT OF ANOTHER DODGY SITUATION. YOU CAN FIND OUT TOMORROW.
Posted by Boggart Blogger at 10:38 AM