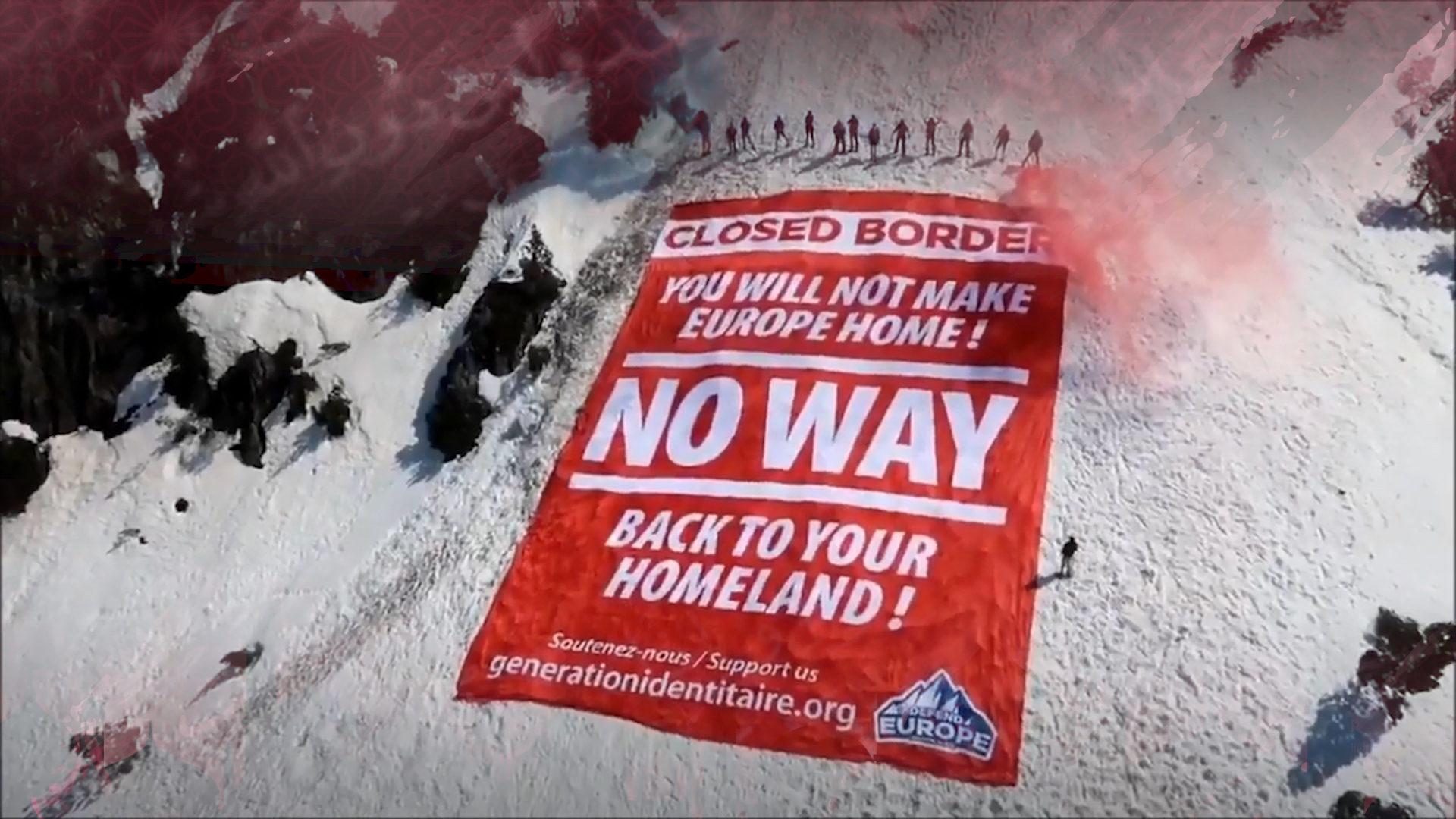 Generation Identitaire message for illegal immigrants trying to cross from Italy to France in the Alps.

When members of the French hipster-right anti-mass migration Génération Identitaire movement took part in a demonstration for French identity and culture late last year, (the so called “Defend Europe” mission along the French-Italian border) they thought they were exercising their right to peaceful protest. So it was a surprise when several were arrested this week.

When members of the French hipster-right anti-mass migration Génération Identitaire movement took part in a demonstration for French identity and culture late last year, (the so called “Defend Europe” mission along the French-Italian border) they thought they were exercising their right to peaceful protest. So it was a surprise when several were arrested this week.

The activists arrested Tuesday morning in Lyon included the group’s spokesman Romain Espino. Prosecutors later said their arrests were in connection with the Defend Europe mission last year in the Col de l’Echelle area, according to a report in L’Express..

Génération Identitaire activist Anaïs Lignier was among those arrested even though she is eight months pregnant. In a press statement from the group she announced: “This morning, along with two other Génération Identitaire members, I was placed in police custody on the order of the Gap prosecutor, for the absurd motive of ‘interference in public service,'” Ms Lignier said.

“In particular, we built a symbolic border at the Col de l’Echelle and flew over the area with helicopters. In fact, Emmanuel Macron’s government never forgave us for humiliating him on the 21st of April, when we forced him to send police and gendarmerie reinforcements to secure the Franco-Italian border,” she added.

Lignier also attacked the French authorities for waiting so long to act against the protestors, who never made a secret of who they were, saying, “the justice system, at the behest of the authorities in Paris, tries to take us down by all means, including the most fanciful on the legal level. The fact that I already have a family responsibility and that I am 8 months pregnant did not prevent the prosecutor’s office from putting me in custody.”

The activist also claimed that police were less interested in the Defend Europe mission and more curious about the group’s inner workings as well as connections to political parties and others. That sounds as if the idiot Macron is looking for excuses to ban Marine Le Pen's Rassemblement national ahead of elections to the European Parliament. If he's stupid enough to do that, and his track record suggests he is, there will be civil war.

The action against Génération Identitaire was clearly taken a political basis. Lignier said group members exercised their right to silence and added that the group would not be intimidated and would continue to defend Franch culture and nationhood in spite of the arrests. “We will always remain at the forefront of the defence of our people and our civilisation,” she said.

Our correspondent in the area, (the editor's daughter,) recalls the incident hardly caused a ripple in the french mainstream media pool at the time. Since then of course, due to the continuing Yellow Vests protests, the Macron regime has taken a much more authoritarian line against protestors and shown it is prepared to trample civil rights in order to silence criticism of its failed policies.