Over the coming months our ears will, no doubt, be assaulted by much wailing and gnashing of teeth from lefties over the appointment of Brois Johnson as foreign secretary, before the shock amd horropr gives way to the usual hate mob screeching. For the sake of balance in the political debate I'd like to offer a few reminders of why Boris is the most popular politician in Britain and who, alongside Nigel Farage, he inspired the people of Britain to stand up to the emotional bullying of the Politically Correct Though Police by voting LEAVE and thus save Europe from tyranny for the FOURTH time in two hundred years.

Over to Boris at his most diplomatic:

On Vladimir Putin:
Johnson compared the Russian president to a character straight out of the Harry Potter books, in a 2015 column for The Telegraph newspaper about working with Russia to remove Syrian President Bashar al-Assad.
"Despite looking a bit like Dobby the House Elf, he is a ruthless and manipulative tyrant"

On Hillary Clinton:
"She’s got dyed blonde hair and pouty lips, and a steely blue stare, like a sadistic nurse in a mental hospital; and as I snap out of my trance I slap my forehead in astonishment. How can I possibly want Hillary? I mean, she represents, on the face of it, everything I came into politics to oppose: not just a general desire to raise taxes and nationalise things, but an all-round purse-lipped political correctness."

On Turkish President Recep Tayyip Erdogan:
When Angela Merkel permitted a criminal prosecution to proceed against Jan Böhmermann, a young German comedian, for the “crime” of insulting Turkish president Recep Tayyip Erdogan, Douglas Murray editor or owner or something of The Spectator, offered a prize for the best insulting limerick about the Turkish tyrant. Here is Boris Johnson's winning entry:

There was a young fellow from Ankara
Who was a terrific wankerer
Till he sowed his wild oats
With the help of a goat
But he didn’t even stop to thankera.

On the EU:
“First they make us pay in our taxes for Greek olive groves, many of which probably don’t exist. Then they say we can’t dip our bread in olive oil in restaurants. We didn’t join the Common Market – betraying the New Zealanders and their butter – in order to be told when, where and how we must eat the olive oil we have been forced to subsidize.”

On China
“Virtually every single one of our international sports were invented or codified by the British. And I say this respectfully to our Chinese hosts, who have excelled so magnificently at Ping-pong. Ping-pong was invented on the dining tables of England in the 19th century and it was called Wiff-waff!”

RELATED POSTS:
Why Do The Western Powers, The United nations And The EU Continue To Tolerate The Terror Sponsor Erdogan And Turkey
Assad Accuses Erdogan Of Putting Combat Troops In Syria
Turkey Threatens To Unleash Migrant Wave On Europe
EU / Tukey Migrant Crisis Deal One Veto Away From Being Wrecked
Turkey 'Blackmailing Europe Over Migrant Crisis'
EU Sacrifices Kurds To Turkey's Imperial Ambition For Erdogan Help With Migrants
Leaked Transcripts Prove ISIS-Turkey Link
Russia Revealed Evidence Of ISIS-Turkey Oil Trade
Turkish Convoy Allegedly Carrying Weapons To ISIS Bombed In Syria
Know Your Enemy - Who Of Those We Think Are On Our Side Is Helping ISIS

Seth Conrad Rich, a US Democratic National Committee (DNC) official who was involved in exposing voter fraud in favour of Hillary Clinton during the Democratic primaries was found murdered earlier this week. Rich was the Voter Expansion Data Director for the DNC and had leaked evidence exposing the recent cases of election fraud and voter suppression during the recent primaries around the country. Of particular significance was an alleged major fraud in California where victory secured the nomination for Clinton. 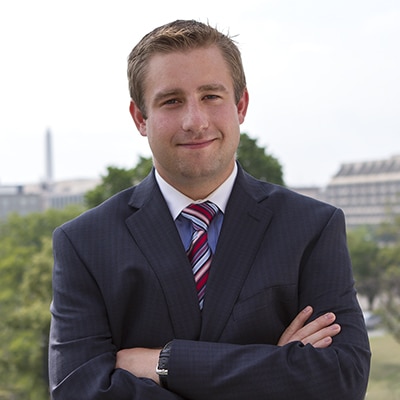 Seth Conrad Rich - murdered (Image source: scallywagandvagabond.com)
Thousands of Democrats known to be supporters of Bernie Sanders complained their names had been removed from a register of those likely to vote.

As with the tragic murder of Molly Macauley in an affluent neighborhood of nearby Baltimore in recent days, social media is abounding with rumour, political conspiracy theory and racially charged comments about Rich’s murder — even though very little is known about his killing and nothing about his killers.

@zachhaller @nowaygabby This some straight up House of Cards shit.

#AllLivesDidntMatter when Seth Rich was shot and killed in NW DC pic.twitter.com/Be9kqkTZ33

Police have not identified a suspect and say there is absolutely no indication that politics were involved in the killing.

Rich lived in the neighborhood, police told a news conference Monday. He worked as a voter expansion data director for the DNC, whose chair Debbie Wasserman Schultz issued a statement Monday.

Another coincidence, as if the one above was not enough to stretch your credulity to the limit, was the conveniently timed death of disgraced former United Nations official John Ashe. Apparently Ashe died at his home when a barbell he was lifting in his gym fell on his neck, crushing the windpipe.

The death by barbell of disgraced UN official John Ashe could become a bigger obsession for conspiracy theorists than Vince Foster’s 1993 suicide.

Ashe — who was facing trial for tax fraud — died Wednesday afternoon in his house in Westchester County. The UN said he’d had a heart attack. But the local Dobbs Ferry police said Thursday that his throat had been crushed, presumably by a barbell he dropped while pumping iron.

Ashe was due in court Monday with his Chinese businessman co-defendant Ng Lap Seng, who is charged with smuggling $4.5 million into the US since 2013 and lying that it was to buy art and casino chips.

Ng was identified in a 1998 Senate report as the source of hundreds of thousands of dollars illegally funneled through an Arkansas restaurant owner, Charlie Trie, to the Democratic National Committee during the Clinton administration. (Ng was not charged with any crime.)

Ng and Trie had visited the White House several times for Democratic fundraising events and were photographed with then-President Bill Clinton and first lady Hillary Clinton.

One source told me, “During the trial, the prosecutors would have linked Ashe to the Clinton bagman Ng. It would have been very embarrassing. His death was conveniently timed.”

Unfortunate but conveniently times deaths of people considered key witnesses in Clinton - related scandals go all the way back to the demise of Vince Foster in 1993. How many people have to die before they are able to give important evidence about scandals involving "Crooked Hillary" and her equally corrupt husband, former president and serial sex abuser "Slick Willy" Clinton before Democrats in the USA become aware of the stink of rotting corpses that surrounds the pair.

Clinton supporters will tell you there is not a scrap of evidence to connect the Clinton's to these deaths or to suggest there foul play was involved. Just take a look at the link above and ask yourself it is feasible that so many people involved in criminal and civil cases against the Clinton's either committed suicide or died in freak accidents?

Murdered DNC Staffer Seth Rich Shared 44,053 Democrat Emails With WikiLeaks: Report
Ever since Donald Trump defeated Democratic Party candidate hillary Clinton in the US Presidential Election, Democrats have based their efforts to make a case for having the result overturned on unsubstantiated allegations that the Trump campaign worked with Russian intelligence officials to undermine the 2016 Presidential Election thereby 'stealing' the White House from Hillary Clinton.

How The Clinton Foundation Made big Money Off Poor Haitians
In January 2015 a group of Haitians surrounded the New York offices of the Clinton Foundation. They chanted slogans, accusing Bill and Hillary Clinton of having robbed them of “billions of dollars.” Two months later, the Haitians were at it again, accusing the Clintons of duplicity, malfeasance, and theft. And in May 2015, they were back, this time outside New York’s Cipriani, where Bill Clinton received an award and collected a $500,000 check for his foundation.

FBI Insider Leaks All: Clinton Foundation Exposed! Involves Entire US Government!
American's are have the right of free speech, so long as they don't criticise Obama.
Clintons Threatened Attorney General's Life
The FBI's Decision Could Help Trump
Senator Admits The FBI Is "About To Ask Putin For His Copies Of Hillary's Emails"
US Media Bias Revealed As Political Fact Checkers Caught Covering Hillary Clinton Crimes
Sanders Supporters Vindicated: Proof DNC Used Media to Rig Election for Hillary
Assange Says Wikileaks will publish ‘enough evidence’ to indict Hillary Clinton.
FBI Begins Leaking Damaging Evidence Of Hillary's Treason As Obama and DoJ Block Indictment
Can this woman possibly be a fit and proper person to serve as President Of The USA
Wall Street 'Whistleblower' Exposes Clinton Foundation Fraud
Lifelong Feminist Camille Paglia Slams Hypocrite Hillary Clinton And Her 'Liberal' Supporters
The Hope That Springs Eternal?
If You Are An American Voter Thinking Of Voting For Hillary You Need To Read This
CIA Director Brennan Warns Islamic State Militants Are Entering USA As Refugees
Obama's Economy Is Bad; Clinton's Would Be Worse
Total Opacity Of 'The Most Transparent Administration Ever'
New Report Shows How Hillary Clinton Sold Obama on Regime Change in Libya
The Wisdom Of Crowds