Europe Rejects Obama Doctrine - US Exceptionalism Is Not Acceptable 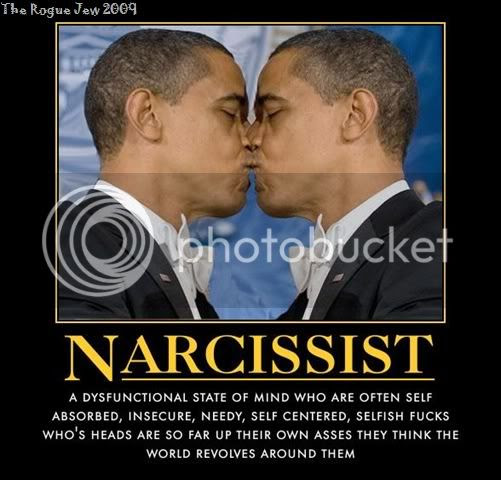 Has Obama's narcissism killed america's international credibility? (Image source)
The American foreign policy doctrine of US exceptionalism is no longer acceptable and there must in future be equality in global politics, said Hans-Christof Von Sponeck, a former UN assistant Secretary-General, according to RT.


Over the second half of the last century, United States Presidents and diplomats promoted the idea that the USA could not be held top the same standards as other nations because protected Europe, but in turn Washington was allowed to behave as if it was above international law. Although the threat posed by Soviet Russia was always mythical, these days, Europe doesn't need protection from the United States (which anyway is more focused on protecting the rights of perverts who want to put on dresses and go into womens' toilets to molest little girls.) There now has to be equality between the two parties, Von Sponeck said.


"We [Europeans] no longer want to support anyone's right to be an exception and their one-sided approach, which Washington is known for. We won't tolerate it," Von Sponeck said, as cited by RT.


The US government keeps saying it needs a strong, prosperous and united Europe, but when it comes to acting on its words, Washington does the opposite, Von Sponeck said.


During his visit to Germany, US President Barack Obama said the US government won't turn its back on its European allies. But Von Sponeck is critical of Obama's eloquent choice of words, saying that underneath all these words the truth is that Washington could care less about the problems Europe's currently facing.


"One can always show great public speaking skills and get off the stage, while others will have to work accepting refugees. This is what the United States does," the ex-UN top official said, RT reported.


Von Sponeck added that all this trouble with the refugees was caused by ill-conceived foreign policy and military intervention in Libya done by the United States, Britain and France and the US-led invasion of Iraq in 2003.

The FUKUS axis in Syria

Syria is US proxy war with Russia

US & UK hypocrisy over Syria

Russia and Turkey in Syria